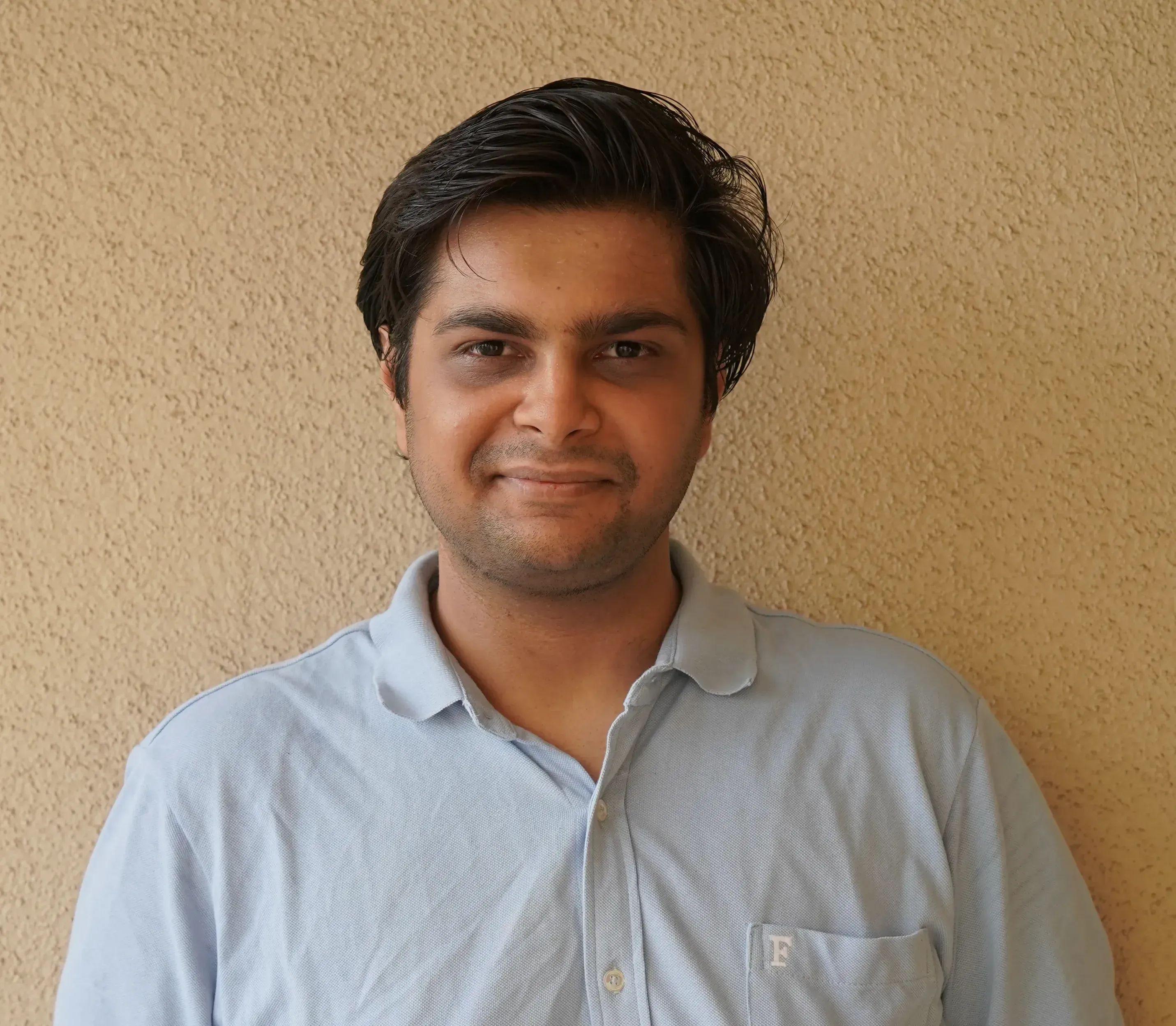 Dhyey, an AI/ML & Data Science enthusiast, shared his Turing.com review and said that he loves the company's close-knit culture and the opportunity to work with talented people from diverse backgrounds from across the world. He also added that now he can spend his free time on the things he enjoys such as binge-watching movies/TV shows and playing chess.

A software engineer based out of Rajkot, India, Dhyey specializes in various areas of Artificial Intelligence such as ML, NLP, and CV. Being an AI, data science, cloud computing, and chess enthusiast, Dhyey spends his time building cross-platform apps in React Native.

After working at Amazon Canada for a couple of years on warehouse control and demand forecasting, Dhyey decided to return home. "I wanted to work on my own startup, so I moved back to India. Unfortunately, after making some progress, the pandemic hit, and the project got derailed," he recalls.

But hardship was never going to get the better of him. "I decided to utilize my time productively and work with a firm that is making an impact in the world," he exclaims.

Dhyey came across Turing's ad during one of his determined job hunts. "The idea of working for top US companies from anywhere in the world without needing a VISA felt like a dream! I just had to sign up and check it out!" he says.

"I took their tests which were quite challenging. But that's how I knew that the work would be just as fulfilling! After 4-6 hours of tests and interviews, I got hired. Today I am working with top tech leaders from all over the world," he remarks.

"Life is slow and peaceful back home, Rajkot being a small city. I don't have to travel to big cities for decent tech opportunities. I'm not too fond of the commute and pollution, which drain my energy. With Turing, I can spend my free time on the things I enjoy, like playing chess and binge-watching movies and TV shows," he says.

The international exposure that comes from working at Turing is naturally appealing to talented professionals like Dhyey. "I love the company's close-knit culture and the opportunity to work with talented people from diverse backgrounds. Every day, I work and interact with the best engineering minds not just in my city or country, but from around the world," he shares.

Enjoying his new life as a remote developer, Dhyey concludes: "I can work in the heart of Silicon Valley from the comfort of my home. With great pay and solid growth opportunities, I feel like I have the best of both worlds."

If you are a talented software developer looking to take your career to the next level, join Turing's boundaryless team today!

Read more
Clement, NigeriaFull Stack Developer
I have been working as a full-stack developer at Turing.com for more than a year now. While applying for Turing jobs a year back, I found the Turing test to be very challenging. But it was a good learning experience for me. Through the AI/ML-enabled tests, Turing reviews how good you’re with your skill. Working with Turing has been a very satisfying experience for me so far. I get to work for Silicon Valley companies and enjoy good pay as well. I am also part of an elite community of the world’s best developers.
Hadji, AlgeriaFull Stack Developer
Although I had worked at oDesk and Elance (now popularly known as Upwork) for more than 5 years, the pivotal moment in my career came when I joined the global team of Turing in 2020. I never imagine that the role I would be offered would come with such stability and prominence. Apply to be one among many Turing developers. It will change your life like it did mine!
Elvis, BosniaiOS Developer
I work as a Turing iOS developer. My experience with them has been really good. Guys at Turing matched me with a top client super quickly. I found the entire matching process to be very precise and smooth. It’s rare to find a company that delivers on its promises. But both Turing and the company I got matched with kept their promises. From my experience I can tell you once you get here, your work-life becomes easier and you can focus on doing what you love the most.
Ermal, KosovoSoftware Developer
Before joining Turing, I was working as a software developer for almost 6 years with extensive experience in game development. But it is only after I became a Turing developer, I began to manage my time better, stayed focused on my career goals, became more adaptable. I also learned how to work with different technologies and global teams. If I were to ask to review Turing.com, I would say it has been a rewarding journey for me so far.
Fahad, PakistánSoftware Developer
Even since I have become a remote developer at Turing, I’ve been enjoying the flexibility and other perks that this job offers. I would recommend interested developers to definitely apply for Turing. I am sure you'll enjoy working here and can give your own Turing review to your friends. All the best and hope you succeed in becoming a Turing developer soon.
Badis, AlgeriaSoftware Developer
I’ve been working as a Turing developer for the past 2 years. It's been a life-altering experience for me because Turing helped me unlock my full potential. They gave me a chance to work on challenging yet exciting high-profile projects. If you think that you’re good at what you do, then you should definitely apply for Turing jobs.