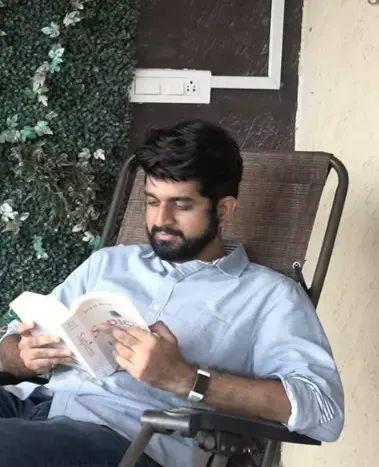 Parv, a former Facebook engineer, shared his Turing.com review in an exclusive interview with Turing Newsdesk and said that the company’s value proposition gave him access to the world’s best career opportunities. He also added that his role at Turing gave him an opportunity to interact with a diverse group of colleagues from around the world.

Parv is an ML engineer based out of Mumbai, India. Having studied computer science at the Georgia Institute of Technology, Parv has over eight years of experience in building platforms and production-ready machine learning and deep learning systems.

Parv’s exceptional knowledge and understanding of his subject helped him start his career with a bang. “I was with Facebook at their Silicon Valley and New York offices. I helped build a generic machine learning platform that every team uses across the company, and also worked on increasing users’ engagement with Ads,” he recalls.

“Then I moved to Instagram and created a system that would deliver a better user experience on the Hashtag pages by increasing the quality and relevancy of the images shown. I progressed rapidly from an engineer to a Tech Lead in the 5 years at Facebook.’’

After spending many years away, Parv decided to return home and spend more quality time with his family and friends. But having lived a fast life, he didn’t want to put the brakes on his career. “ I wanted to make sure that my rapid career growth continued at the same pace, despite moving out of Silicon Valley,” he says.

Being always on the lookout for relevant opportunities, Parv came across a Turing job ad on Facebook and wasted no time applying.

“Turing’s value proposition of giving me access to the world’s best career opportunities, no matter where I lived, was very compelling to me. In a few hours, I completed Turing’s tests and interviews related to Machine Learning and Data Science. Within two weeks, they offered me the position of Lead ML Engineer. I accepted,” he shares.

Since joining Turing, Parv has realised that you don't need to be away from your family to work with international industry leaders.

“Every day, I get to interact with a diverse group of colleagues from around the world and work together on products that are defining the future of work. It’s very exciting to build novel Machine Learning technologies to help solve the trillion-dollar problem of matching talent with opportunity at a global scale.”

What’s his take on Turing developers?

Being a Turing developer means you work with some of the best professionals in the world. “Working on challenging problems and collaborating with very talented colleagues from all over the world has contributed significantly to my continuous growth,’’ he mentions.

“Having lived and worked in Silicon Valley, I can state firsthand that the culture and experience created at Turing is at par with the world’s best companies,” he concludes.

Interested in working with the best US companies while living anywhere in the world? Click here to go #Boundaryless with Turing.

Read more
Clement, NigeriaFull Stack Developer
I have been working as a full-stack developer at Turing.com for more than a year now. While applying for Turing jobs a year back, I found the Turing test to be very challenging. But it was a good learning experience for me. Through the AI/ML-enabled tests, Turing reviews how good you’re with your skill. Working with Turing has been a very satisfying experience for me so far. I get to work for Silicon Valley companies and enjoy good pay as well. I am also part of an elite community of the world’s best developers.
Hadji, AlgeriaFull Stack Developer
Although I had worked at oDesk and Elance (now popularly known as Upwork) for more than 5 years, the pivotal moment in my career came when I joined the global team of Turing in 2020. I never imagine that the role I would be offered would come with such stability and prominence. Apply to be one among many Turing developers. It will change your life like it did mine!
Elvis, BosniaiOS Developer
I work as a Turing iOS developer. My experience with them has been really good. Guys at Turing matched me with a top client super quickly. I found the entire matching process to be very precise and smooth. It’s rare to find a company that delivers on its promises. But both Turing and the company I got matched with kept their promises. From my experience I can tell you once you get here, your work-life becomes easier and you can focus on doing what you love the most.
Ermal, KosovoSoftware Developer
Before joining Turing, I was working as a software developer for almost 6 years with extensive experience in game development. But it is only after I became a Turing developer, I began to manage my time better, stayed focused on my career goals, became more adaptable. I also learned how to work with different technologies and global teams. If I were to ask to review Turing.com, I would say it has been a rewarding journey for me so far.
Sebastian, ColombiaProduct Designer
When I started my journey as a freelance product designer, I had to invest most of my time into finding new clients and getting new projects. Luckily, while surfing the web, I came across a few Turing.com reviews and decided to apply there. Life has changed a lot after that. People at Turing not only find me outstanding tech projects that match my abilities and take care of all the agreement details but also follow my relationship with clients every step of the way.
Badis, AlgeriaSoftware Developer
I’ve been working as a Turing developer for the past 2 years. It's been a life-altering experience for me because Turing helped me unlock my full potential. They gave me a chance to work on challenging yet exciting high-profile projects. If you think that you’re good at what you do, then you should definitely apply for Turing jobs.