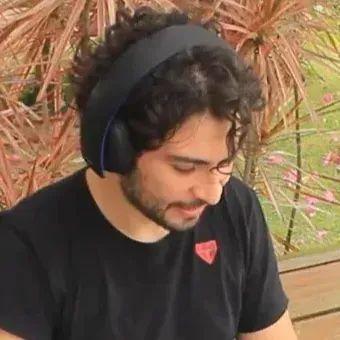 "I have a pretty good income, and I work for the best US companies" Tiago, an experienced software engineer, shared his Turing.com review and said that he saw a radical shift in his life after joining Turing. He also mentioned that now he has plenty of time to spend with his son, read Manga, and play video games.

Tiago is a software engineer based on a beautiful island off the coast of Brazil, with over ten years of experience. An expert in web-related technologies like Ruby on Rails, Node, React, SQL, and NoSQL databases, Tiago was quite reluctant to leave his picturesque natural surroundings for work.

Although it sounds like a dream for most, Tiago recalls times when his unique location was his greatest hindrance. “While I love living here, in my previous jobs, it was very tedious to commute downtown for work every day. I hated the fact that I barely had the time to play with my baby boy,’’ he recalls.

Determined to spend more time with his family, Tiago scanned the internet looking for relevant employment opportunities. With possibilities seeming bleak, Tiago had to contemplate leaving his beautiful surroundings and spending even less time with his family in order to provide for them. That is, until he discovered Turing!

Scouring the internet on a desperate job hunt, Tiago came across a Turing job ad on LinkedIn and applied immediately.

“I took their test designed by the top leaders from Google, Facebook engineering leaders, and Stanford AI scientists to select the best engineers from all over the world. The interviewers evaluated my assignments thoroughly on the basis of both subjective and objective criteria. I aced Turing’s interview process and was hired for one of Turing’s customers,” he shares.

Since joining Turing, Tiago has been vocal about the benefits of working without borders and boundaries. From his own experience, he recalls: “After joining Turing, I saw a radical shift in my life. Aside from the fact that I now have plenty of time to spend with my son, I am now able to get back to my hobbies like reading Manga and playing video games once in a while. I also managed to put exercising back into my routine.”

A smiling Tiago continues: “Evenings are mostly wifey time, we love to stream shows together. You could say I’m able to enjoy living on an island without its downsides. Haha.”

What’s his take on Turing developers?

Working for an international firm without having to travel is one of the best parts of being a Turing developer. “What I love about this organization is they promise you long-term opportunities. Once you qualify for Turing, you may never have to look for another job again. The income is pretty good compared to local salaries and the best part is you get to work for the best US-based companies with no visa needed,” he says.

He continues to explain that perhaps his greatest respite is overcoming internal conflicts. “I am happy that now I don't have to choose between quality opportunities, money, and freedom,” he says.

“At Turing, we celebrate each other’s wins and successes together. One of the best things is that it's truly a global organisation with boundaryless teams. Every day you work with great engineering minds on amazing projects and have the opportunity to make a meaningful impact in the world,’’ he concludes.

If you are a brilliant developer and a good communicator, you could be a great fit for Turing. Click here to go #Boundaryless with Turing.

Read more
Clement, NigeriaFull Stack Developer
I have been working as a full-stack developer at Turing.com for more than a year now. While applying for Turing jobs a year back, I found the Turing test to be very challenging. But it was a good learning experience for me. Through the AI/ML-enabled tests, Turing reviews how good you’re with your skill. Working with Turing has been a very satisfying experience for me so far. I get to work for Silicon Valley companies and enjoy good pay as well. I am also part of an elite community of the world’s best developers.
Baah, GhanaFull-stack Developer
I am a full-stack developer from Ghana. I honestly felt a dramatic change in my life when I joined Turing. My financial health is better than ever and I feel I have made more progress as a developer in the 1 year I spent at Turing than all the years before. As a Turing developer, you will get to work on world-class projects with the top tech leaders.
Ermal, KosovoSoftware Developer
Before joining Turing, I was working as a software developer for almost 6 years with extensive experience in game development. But it is only after I became a Turing developer, I began to manage my time better, stayed focused on my career goals, became more adaptable. I also learned how to work with different technologies and global teams. If I were to ask to review Turing.com, I would say it has been a rewarding journey for me so far.
Fahad, PakistánSoftware Developer
Even since I have become a remote developer at Turing, I’ve been enjoying the flexibility and other perks that this job offers. I would recommend interested developers to definitely apply for Turing. I am sure you'll enjoy working here and can give your own Turing review to your friends. All the best and hope you succeed in becoming a Turing developer soon.
Badis, AlgeriaSoftware Developer
I’ve been working as a Turing developer for the past 2 years. It's been a life-altering experience for me because Turing helped me unlock my full potential. They gave me a chance to work on challenging yet exciting high-profile projects. If you think that you’re good at what you do, then you should definitely apply for Turing jobs.