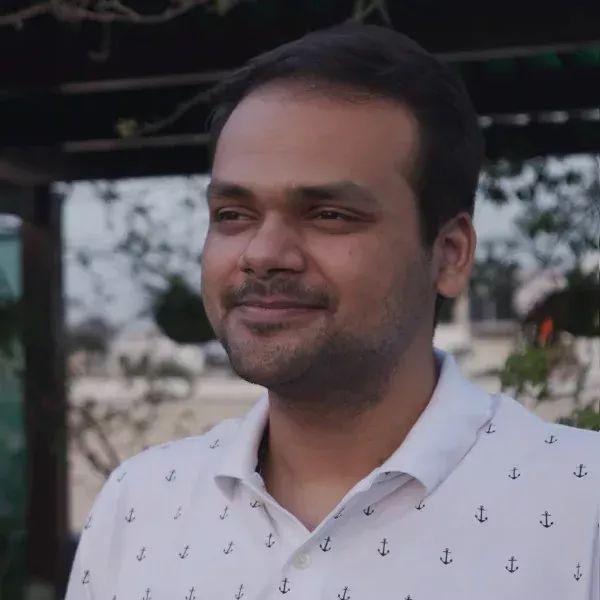 Harsh, a former tech entrepreneur, shared his Turing.com review and talked about how the company bridges the gap in employment opportunities across the globe by providing developers with better quality of work, culture, compensation, and exposure. Harsh is a full-stack developer based out of New Delhi, India. He has been a part of the Turing family for a year now.

Harsh has more than five years of professional experience in web-related technologies like JavaScript, Python, and Golang. He has deployed several applications on Docker and Kubernetes.

Talking about his career trajectory, Harsh notes: "I'd been working on my startup for four years, yet I felt I was missing something. I didn't know what. But I always knew that I wanted to learn how world-class tech companies scaled their businesses."

Drawing inspiration from this, Harsh began looking for relevant employment opportunities. It soon became apparent that there weren't enough high-quality jobs in his local area, especially for the technologies that interested him.

"I didn't want to relocate away from my family. I wanted decent pay that justified the amount of effort I was putting in," he shares.

And thus, Harsh began looking for jobs that met his criteria.

How did he learn about Turing US jobs?

Harsh stumbled on an ad from Turing on one of his job hunts.

"When I went to the website, I noticed that their platform was different from the other remote gig websites. It offered long-term opportunities to developers," he adds.

"I registered on the website and took a couple of very well-designed tests. It was apparent that Turing had created these tests to select the best of the developers. I was able to clear them thanks to my extensive experience," he smiles.

How has journey with Turing.com been so far?

"I work with top US firms as a part of the Turing family, and I do that without even having to leave my room. Turing bridges the gap in employment opportunities across the world by giving developers better quality of work, culture, exposure, and pay," Harsh states.

The Delhi-based engineer believes that the best part about being a developer with Turing is the freedom to choose the place and time of work. "Turing developers can be anywhere in the world and still be able to work," he adds.

But that's not all. Talking about how the organization provides the best opportunities to its developers, Harsh explains: "Turing has an incredible matching team. They work with developers to find their interests and then match them with the right company, which, I feel, is unique! On other platforms, developers have to compete against each other to get gigs."

"This organization takes care of everything, right from professional growth, timely payments, communication tools, and feedback to even fostering a sense of community. If you, too, are looking for better opportunities and a better quality of life, join me today. Once a part of Turing, you never have to apply to another job," he concludes.

Read more
Clement, NigeriaFull Stack Developer
I have been working as a full-stack developer at Turing.com for more than a year now. While applying for Turing jobs a year back, I found the Turing test to be very challenging. But it was a good learning experience for me. Through the AI/ML-enabled tests, Turing reviews how good you’re with your skill. Working with Turing has been a very satisfying experience for me so far. I get to work for Silicon Valley companies and enjoy good pay as well. I am also part of an elite community of the world’s best developers.
Elvis, BosniaiOS Developer
I work as a Turing iOS developer. My experience with them has been really good. Guys at Turing matched me with a top client super quickly. I found the entire matching process to be very precise and smooth. It’s rare to find a company that delivers on its promises. But both Turing and the company I got matched with kept their promises. From my experience I can tell you once you get here, your work-life becomes easier and you can focus on doing what you love the most.
Baah, GhanaFull-stack Developer
I am a full-stack developer from Ghana. I honestly felt a dramatic change in my life when I joined Turing. My financial health is better than ever and I feel I have made more progress as a developer in the 1 year I spent at Turing than all the years before. As a Turing developer, you will get to work on world-class projects with the top tech leaders.
Ermal, KosovoSoftware Developer
Before joining Turing, I was working as a software developer for almost 6 years with extensive experience in game development. But it is only after I became a Turing developer, I began to manage my time better, stayed focused on my career goals, became more adaptable. I also learned how to work with different technologies and global teams. If I were to ask to review Turing.com, I would say it has been a rewarding journey for me so far.