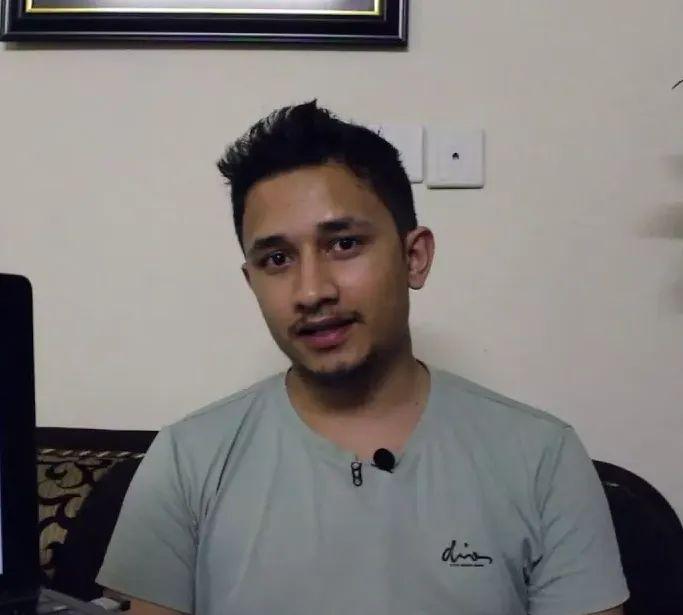 "It’s amazing to see how Turing cares for its developers" Bishal, a full-stack developer, shared his Turing.com review and said that he observed huge growth in his communication skills and became a better developer after joining Turing. He also mentioned that developers have a strong sense of community at Turing.

Based in the beautiful mountain city of Kathmandu, Nepal, Bishal is a Full-stack software developer who was working both as a full-time employee as well as a freelancer.

Top professionals like Bishal need steady progress along with stability and security to thrive. Bishal realized this fairly early. "I was not growing very quickly in my 9 to 5 job. Although I enjoyed my work, I did not like this fact one bit," he recalls.

"After much reflection and brainstorming, I set myself two career goals. The first one was to become a successful Fullstack Developer. The second, become a top-notch project manager somewhere down the road, maybe 10 or 12 years from now," he shares.

"Though both of those goals were definitely achievable in Nepal, I still think that the tech industry is in an embryonic stage here. And I wanted to work with the best people from all over the world," he says.

While pondering whether to relocate or pursue a higher degree, Bishal had a revelation. He came to the understanding that what he was really looking for was a good, stable remote job.

"The internet is more like a portal to the entire world. I can be living in Nepal and working with the best people from Silicon Valley. And that's how I came across Turing. I didn't have to apply for any other job once I became a part of this organization," he says.

Remote work offers a healthier work schedule that gifted professionals like Bishal can fully exploit. "I work four hours at night and the rest during the day. I work for a U.S.-based company, and we have a really strong and diverse team. The developers range from New Zealand to the USA and everything in between," he says.

"I have already observed huge growth in so many areas of my life, starting from improved communication skills to being a better developer and also being aligned with my ultimate goal!" he exclaims.

"I have nothing but appreciation for Turing. It's just so amazing to see how much they care about us as developers. They provide timely payments and keep us in the feedback loop with the client even after we get the job. At Turing, we have a strong sense of community," he mentions.

The Nepal-based developer shares his gratitude with the following words: "Looking back at the past few months of my life, especially with the ongoing pandemic situation, I don't know how I could've written a better script. And finally, I want to thank Jonathan Siddharth and everyone at Turing for bringing Silicon Valley to Nepal. Thank you!" Read more
Clement, NigeriaFull Stack Developer
I have been working as a full-stack developer at Turing.com for more than a year now. While applying for Turing jobs a year back, I found the Turing test to be very challenging. But it was a good learning experience for me. Through the AI/ML-enabled tests, Turing reviews how good you’re with your skill. Working with Turing has been a very satisfying experience for me so far. I get to work for Silicon Valley companies and enjoy good pay as well. I am also part of an elite community of the world’s best developers.
Elvis, BosniaiOS Developer
I work as a Turing iOS developer. My experience with them has been really good. Guys at Turing matched me with a top client super quickly. I found the entire matching process to be very precise and smooth. It’s rare to find a company that delivers on its promises. But both Turing and the company I got matched with kept their promises. From my experience I can tell you once you get here, your work-life becomes easier and you can focus on doing what you love the most.
Baah, GhanaFull-stack Developer
I am a full-stack developer from Ghana. I honestly felt a dramatic change in my life when I joined Turing. My financial health is better than ever and I feel I have made more progress as a developer in the 1 year I spent at Turing than all the years before. As a Turing developer, you will get to work on world-class projects with the top tech leaders.
Sebastian, ColombiaProduct Designer
When I started my journey as a freelance product designer, I had to invest most of my time into finding new clients and getting new projects. Luckily, while surfing the web, I came across a few Turing.com reviews and decided to apply there. Life has changed a lot after that. People at Turing not only find me outstanding tech projects that match my abilities and take care of all the agreement details but also follow my relationship with clients every step of the way.