How to Successfully Hire Vue.js Developers for Your Project in 2023? 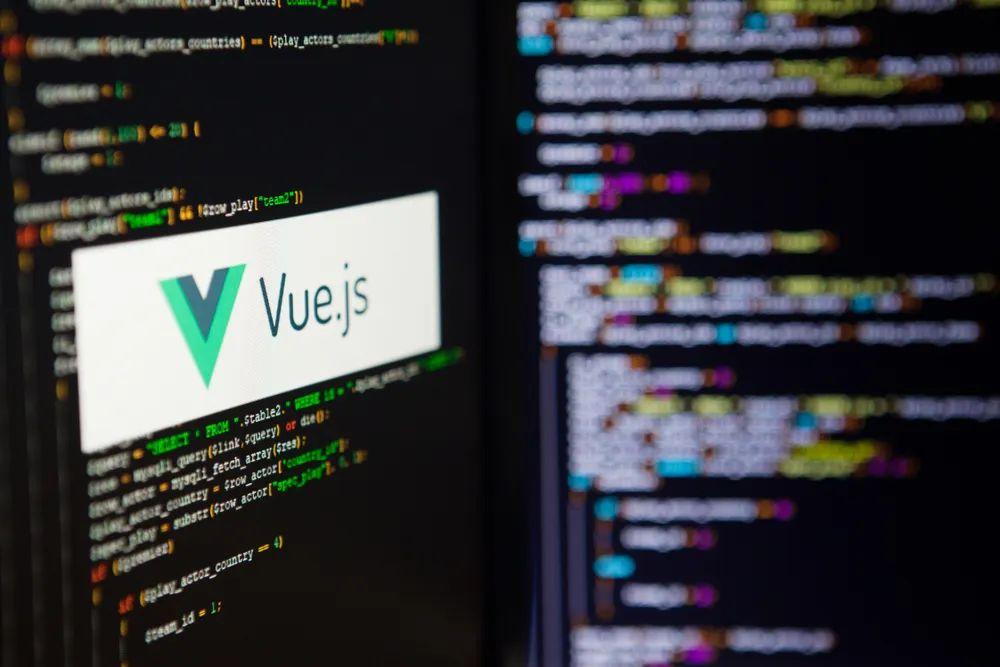 Vue.js is an open-source JavaScript framework that helps developers build single-page applications and User interfaces. Vue.js shares a lot of features that are similar to Angular.js, but it is a lighter framework. By using the MVVM(model-view-view-model) approach that clearly distinguishes between graphical UI and business logic, Vue.js developers can work separately on the front-end and back-end. Other notable features of Vue.js include data binding, event handling, built-in directives, routing, etc.

Why does your company need Vue.js developers?

Every company needs a strong online presence to attract new customers as well as retain old ones. Vue.js developers are skilled in front-end development with expertise in graphics user interface management of high-end websites and single-page applications. They are generally very familiar with HTML and CSS and can easily integrate other technologies with the framework. Also, the code written by Vue.js developers is simpler in comparison to the one written with other JavaScript frameworks like React and Angular.

Vue.js helps companies get their small applications up and running in no time. At the same time, it also saves time and money as it allows Vue.js developers to use web components from previously developed websites and applications, so developers don’t need to build things from scratch. Moreover, Vue.js is quite easy to learn for developers who have experience with JavaScript frameworks. Nonetheless, Vue.js experts should still be your priority, especially if you have exclusive Vue.js-based projects.

Vue.js is one of the lightest frameworks around as it is only 20 kilobytes in size. Also, Vue.js developers enjoy faster load time for their websites and applications.

Vue.js has a very straightforward structure which is why it is effortless to add to any web or project. Vue.js developers can keep their information, strategies, and lifecycle techniques independent.

Vue.js developers have the advantage of working with single-file components. This allows them to store their JavaScript code, HTML, and CSS components in a single file.

One of the most popular features of Vue.js is the seamless integration it offers with other JavaScript frameworks. Vue.js developers can easily customize the code of existing websites and applications. Also, they can borrow components from existing javascript frameworks and use them in their application. Similar to JavaScript, Vue.js developers can also use HTML blocks because of its multi-view-view-model architecture.

Vue.js developers enjoy the benefit of Virtual DOM, which facilitates easy changes. Virtual DOM appears as JavaScript structures that absorb all the changes directed to the DOM. These changes are then compared to the original data structure. Only the final changes are reflected in the real DOM, which users can see.

Vue.js developers can make any number of transition effects to HTML elements during removal and addition to DOM. Also, developers can add several third-party animation libraries to make the user experience more interactive.

This feature of Vue.js removes the need for extra coding by listening to any modifications made to the UI element and comes up with the necessary logic. Vue.js developers simply have to use a computed property while dealing with property mutation of interdependent data properties. Modifications made by Vue.js developers to the dependent property will activate the computed property by triggering its logic. Also, computed properties are stored according to their conditions, thereby rerunning in case of further dependency changes.

ES5 is the standard norm of JavaScript that most Vue.js applications work with. However, to work with new browser capabilities, Vue.js developers may require ES6. Babel successfully converts ES6 code into ES5 so that developers can program new features into the applications without worrying about browser support.

What skills should you evaluate Vue.js developers on?

To hire Vue.js developers who are the right fit for your organization, you must evaluate them on both soft and technical skills. This is because they won’t just be working for your team in-house. At some point, they will need to attend client meetings to brief a new product or make changes to an existing one, whatever the reason. By ensuring that Vue.js developers have excellent soft and technical skills, you can confidently walk into any meeting. Also, these developers will be able to help their teammates with most work-related tasks and bring out the best in them. Soft skills essential for Vue.js developers:

Punctuality is one of the most desirable qualities any candidate can possess. Candidates who arrive on time make it clear to others how serious they are about their job. Nonetheless, only arriving on time won’t cut it for candidates. They need to show excellent time management skills so that projects given to time are completed beforehand. Recruiters can check for these qualities by seeing whether the candidate came on time or not and provide a small project with a set timeline to Vue.js developers to check how they perform. Another key aspect of time management will reflect the estimated time it will take to complete a particular project that Vue.js developers will need to tell the client. Only developers who know the in and out of Vue.js can give it correctly and will undoubtedly be worth every penny.

Candidates with good communication skills certainly hold an edge over those that do not. The role of communication skills is not only limited to interviews and meetings, as they are required to convey day-to-day tasks in an easy-to-understand manner. Vue.js developers who have good communications skills can understand the changes recommended by clients and cross-check with them as they know what to ask if they face any blockers. Also, they encourage other developers to share their concerns as they are not hesitant to communicate themselves, which can improve the team's overall understanding.

Vue.js developers who know that teamwork is instrumental for the success of any software development team tend to do better than others. Candidates who know that whatever they are working on is part of something bigger than themselves are humble in their approach and are not solely looking for credit. They eagerly listen to feedback, suggest alternative methods, share what they know with fellow Vue.js developers and extended team members, and take responsibility for projects assigned to them as well as their team.

JavaScript is imperative for Vue.js developers as it helps developers write efficient and easy-to-read code. This is because the data displayed in Vue.js is dynamic instead of static. Also, new versions of JavaScript are released every year, so only Vue.js developers who know everything about the basic version can upgrade their knowledge. Candidates must be able to answer questions related to basic JavaScript. You can also quiz them about new features like template literals and object deconstructing to gauge their level.

While making changes to their code or writing new code, Vue.js developers need a Github account to save their progress. Also, GitHub allows fellow developers to make changes to an existing codebase which is why it is an essential technical skill that candidates must have.

Knowledge of Vue CLI is necessary for developers as it allows them to access front-end build tools, linking them with sensible defaults and smooth customization. Also, Vue.js developers can create their own presets and plugins.

Candidates interviewing for the role of Vue.js developer must be familiar with Vuex and Vue Router. Vuex is a library + state management system that saves all the application components in a central store. It is also the reason behind the availability of features like state snapshot import/ export and zero-config time travel debugging. Vue router, on the other hand, is a library that enables Vue.js developers to navigate applications. It also facilitates the syncing of URLs with views into the app, therefore managing routing.

How much should you pay Vue.js developers?

Companies need to consider many factors when deciding what to pay Vue.js developers. These include the experience level as developers who have prior experience in big projects will demand a higher salary than those just starting the profession. If the company wants to form a big team, they must go for junior and mid-level Vue.js developers who possess unique skill sets. By doing this, companies will not have to spend a bulk of their budget on a single hire and analyze the areas where the team needs resources after seeing their performance on a particular project. Nonetheless, specific projects need Vue.js experts who have been in the industry for quite some time. If a company finds suitable candidates who possess the right skill set, they must offer them a handsome salary as they will be an asset to the company any day.

Why hiring Vue.js developers with Turing can help?

With Turing, companies can fill any job role within 5 days, thereby saving a lot of time and money. Also, Turing has a 97 percent engagement success rate with our clients retaining Vue.js developers and other developers sourced via Turing. Some of the biggest companies in the world, including Pepsi, Johnson and Johnson, Coinbase, Dell, Rivian, and Disney, trust Turing.

Companies are actively looking for excellent React Native developers to complete their projects. This is because React Native is the most popular...

Important Things To Remember While Hiring Node.js Developers in 2023

If you wish to build a team of qualified Node.js developers with pre-vetted skills, Turing can be the perfect fit.

What is Vue.js used for?

Vue.js is primarily used to build web interfaces and one-page applications. It can also be applied to both desktop and mobile app development with HTML extensions and other useful plugins.

What are the benefits of using Vue.js over other front-end frameworks?

It is one of the fastest-growing lightweight front-end JavaScript frameworks, The biggest advantage of Vue.js is its small size, for which it can be downloaded in no time. It also requires only basic knowledge of HTML, CSS, and JavaScript to write Vue code.

Is Vue.js the same as JavaScript?

Vue.js is an open-source JavaScript framework used for developing user interface and SPAs (Single Page Spplications). To start Vue.js coding developers need to have the basic knowledge of HTML, CSS, and JavaScript.

Do other companies use Vue.js?

Because of the advantages of Vue.js, many companies and businesses including Nintendo, Adobe, and Netflix, use this open-source front-end JS framework to improve the software development process.

Why do we need Vue.js?

Vue is a lightweight, easy-to-learn JS framework. Because of its similar templating syntax and use of components, integrating or migrating existing projects to Vue is faster and smoother. Vue.js is an equally good choice for startups as well as large-scale applications.