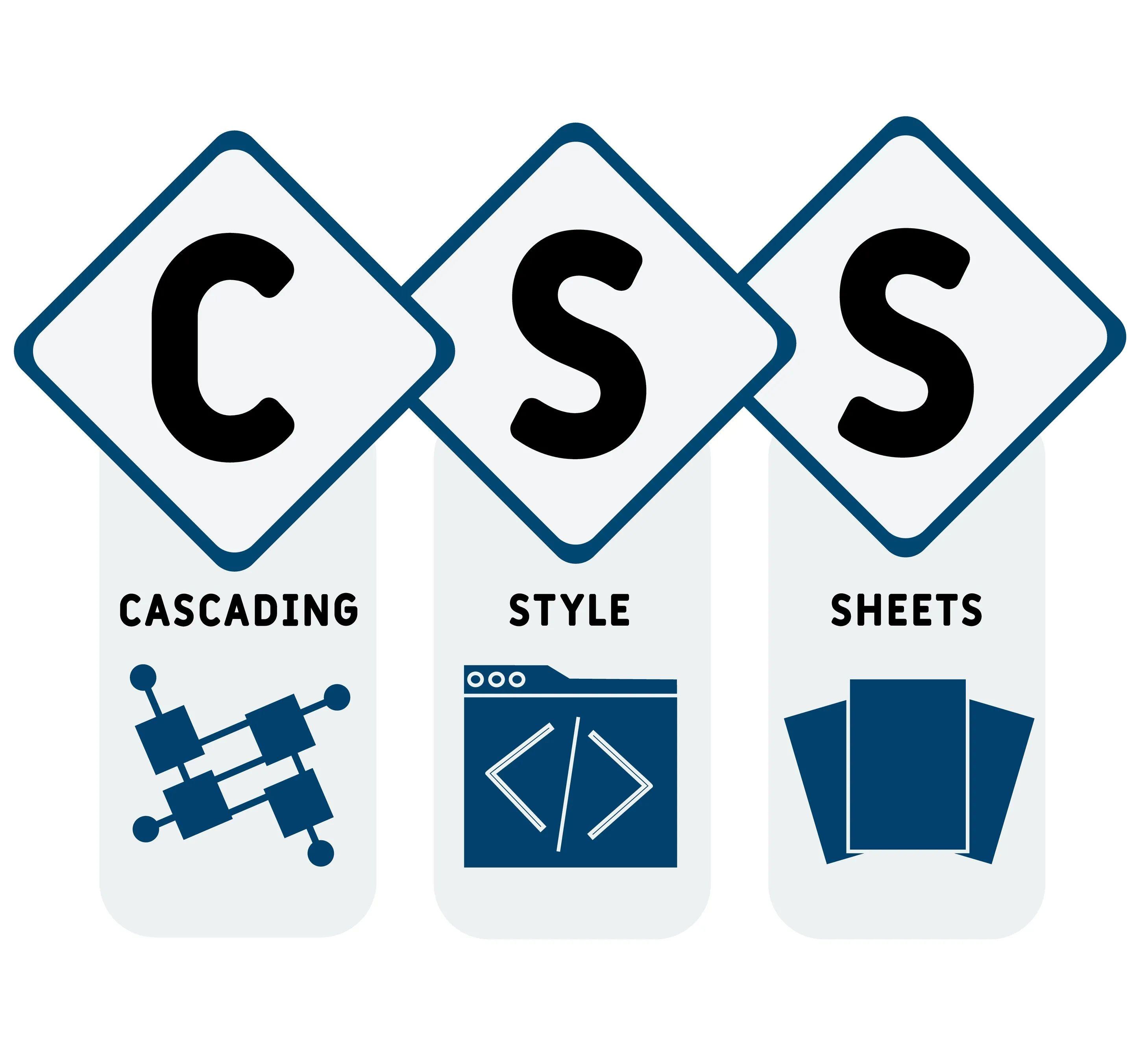 Developing a viable and effective application is not possible without a well-built and catchy front-end layer. A well-crafted and innovative UI / UX design help businesses establish their own identity and emphasize the uniqueness of their products. As a result, you can easily attract your target audience, gain a stronger market position, and generate the highest revenue. For many companies, hiring the right CSS developer can be a daunting experience. In this article, we've put together some ways to help you hire CSS developers to assist in your application development project.

Simply put, hire a CSS developer who is a decent designer and an accurate programmer all in one.

CSS developers use markup languages ​​such as HTML and Bootstrap for UI development. But it would be a mistake to say that these are all the tools they use. Knowledge of JavaScript is one of the essential skills that a CSS developer must know. This language is used to create dynamic user interactions and cannot be ignored by the engineers who are responsible for creating those interactions.

There are also many other technologies and skills you need to evaluate before you hire a CSS developer. The following is a list of basic CSS developer skills.

There are several ways to hire CSS developers: outsourcing, freelance developers, and in-house. However, each of them has its benefits and drawbacks. So, to maximize the former and minimize the latter, you should know for sure which developer suits you best:

Hiring a freelance CSS developer is cost-effective compared to other options. But in reality, the more you hire a freelancer, the more you face communication and other related issues. Not to mention the slow development process and the potential for bugs in the final product.

An attractive advantage when choosing a freelancer is its relatively low price. This happens due to fierce competition on freelance platforms. Another advantage is that you can hire a freelance CSS developer only when you need it. You don't have to worry about sick leaves or the vacations of a developer. This option is best for small projects or if you don't have a constant workload.

The main drawback of freelancers is their credibility. First of all, freelancers often live in different time zones, which can make it difficult to manage your schedule. Also, it's almost impossible to prevent a freelancer from leaving a project without saying a word. This is the worst nightmare for product owners.

As a decision-maker, you probably know the difference in job effectiveness between loyal and dishonest employees. In-house developers are directly interested in the positive results of the project and are less likely to quit (unlike freelancers).

By providing a stable and well-equipped workplace, as well as a monthly salary that increases over time, developers can focus on long-term goals and tasks. They work longer and are more likely to be well-cooperative team players. This allows them to quickly resolve urgent technical tasks.

But recurring salary payments, which increase over time, are costly. Finding good developers can be difficult, especially if you are based in a small town. Not to mention the costs of taxes, software, hardware, and office space. Finding, interviewing, and onboarding in-house developers can take a considerable amount of time and cost. In addition, developers are more tend to leave the company they work for compared to other professionals, so this process tends to be repeated.

IT outsourcing services quickly became a popular recruitment option for decision-makers. How does it work? You are hiring CSS developers from offshore software development companies in any country. And they are working on your project remotely from the office of the company. This way, you don't have to pay office rent, sickness/holidays, taxes, etc.

You don't have to spend extra money on the above costs. Outsourcing also allows you to resize your development team according to the size of your project. It is important to note that the outsourcing team acts as a team, not as a separate group of freelancers who have never communicated with each other.

Hiring remote CSS developers or outsourced developers is a better option considering the hiring time and cost. Additionally, these developers provide continuous support for all the projects.

Find developers in the right places

In the past, employers dominated the job market. They could have uploaded a job ad to Indeed, LinkedIn, or another job site to get all the candidates they’ve ever needed. But today, power is in the hands of employees. Employers need to approach the developers often, find out where they are spending their time, and reach them on their own terms.

Companies can continue to use old methods like LinkedIn, their own career portal, and more popular sites like Indeed, Monster, and more. They can also consider hiring new graduates who have just graduated from a university that has a developer program. This is a great way to hire CSS developers and build an employment pipeline, but in most cases, junior developers will join the team.

Developers are usually the kind of people who want a challenge. They may easily get bored if their daily work is tedious or feels it is no longer challenging their skills, they may look for better opportunities. Even those who haven't reached the stage of seeking promotion may consider leaving the company.

Employees today are well aware that there is little room for serious career advancement in a particular organization. Instead, to promote their careers, they have to switch and take on higher positions at another company.

Therefore, you can take advantage of this trend to find and hire CSS developers with the necessary skills. These candidates are employed below the position of employment. Finding junior developers from other companies and offering them the role of senior developers is a great way to attract talented and passive candidates.

Companies often want teams to be together in the same room or office, which they believe will improve productivity and communication. In reality, offices are full of distractions, and when teams are all in the same room, teams often don't collaborate productively.

When companies offer remote and work-from-home positions, they immediately broaden their available talent pool. The number of candidates available in a city with the required skills is much smaller than the number of people companies need and it also depends if the available candidates are willing to work and can telecommute to the office.

The future of work is remote, and the sooner you can get on board with it, the better. Many successful companies today have mostly or even entirely gone remote, and that number will only grow in the coming years and decades. Remote work will become more common than the corporate offices in the future.

There are pros and cons to using skill tests. We'll take a closer look at this topic here but in summary,

Implementing the test is a great way to improve the recruitment process, especially for technical roles like developers. However, if you are hiring for a higher-level position or a senior developer role, you may be able to skip the test phase based on their experience.

Streamline and accelerate the hiring process

The employment market is more competitive than ever. The longer it takes to process the application, contact candidates, and continue the interview, the more likely the candidates will go through these stages at another company. So one of the best things you can do is speed up the hiring process. Minimize the number of delays and failures and minimize the intervals between communication with candidates. Also, let the candidates know about the delay.

The fast recruitment process is still thorough. It just has to be efficient. Modern tools can help you in hiring CSS developers, but be careful when using AI-powered filters and other software without human supervision. As they are more prone to errors and can make bad decisions.

Recruiters are common in the tech industry. Developers are often accustomed to talking to recruiters, and the best recruiters make a list of passive and active candidates. These lists aren't just about names and contact information. This includes location, required benefits, salary rates, skill profiles, and more. In short, recruiters have all the data they need to find and hire the best CSS developers because they are directly connected to the best candidate.

Full-stack developers are always in demand and much sought after both in startups and enterprises...

ReactJS is one of the popular JavaScript libraries since it allows developers to create robust as well as extensive products while still being simple to integrate into existing apps...

Q1. Are CSS developers in demand?

Q2. How do I hire the best CSS developer?

Ans. Depending on your need for a freelance or a full-time developer, there are numerous ways you can hire a top CSS dev. You can opt for popular job boards such as Indeed and Glassdoor or even use LinkedIn to access a broad pool of skilled CSS developers. However, if you want to save time and avoid the entire hiring process, you can also choose Turing. Its Intelligent Talent Cloud presents a global pool of pre-vetted, Silicon Valley-caliber developers, matching you with elite professionals without having to do any of the hard work.

Q3. When should I hire a web developer?

Ans. There can always be a wrong time to hire a web developer, leading to things not going your way. Some favorable circumstances for hiring a web developer are when you’ve secured a sizable budget to spend on the project/site. Moreover, if you have a new website idea or wish to rebuild an existing one but don’t know how to go about it, it would be beneficial to onboard a skilled web developer.