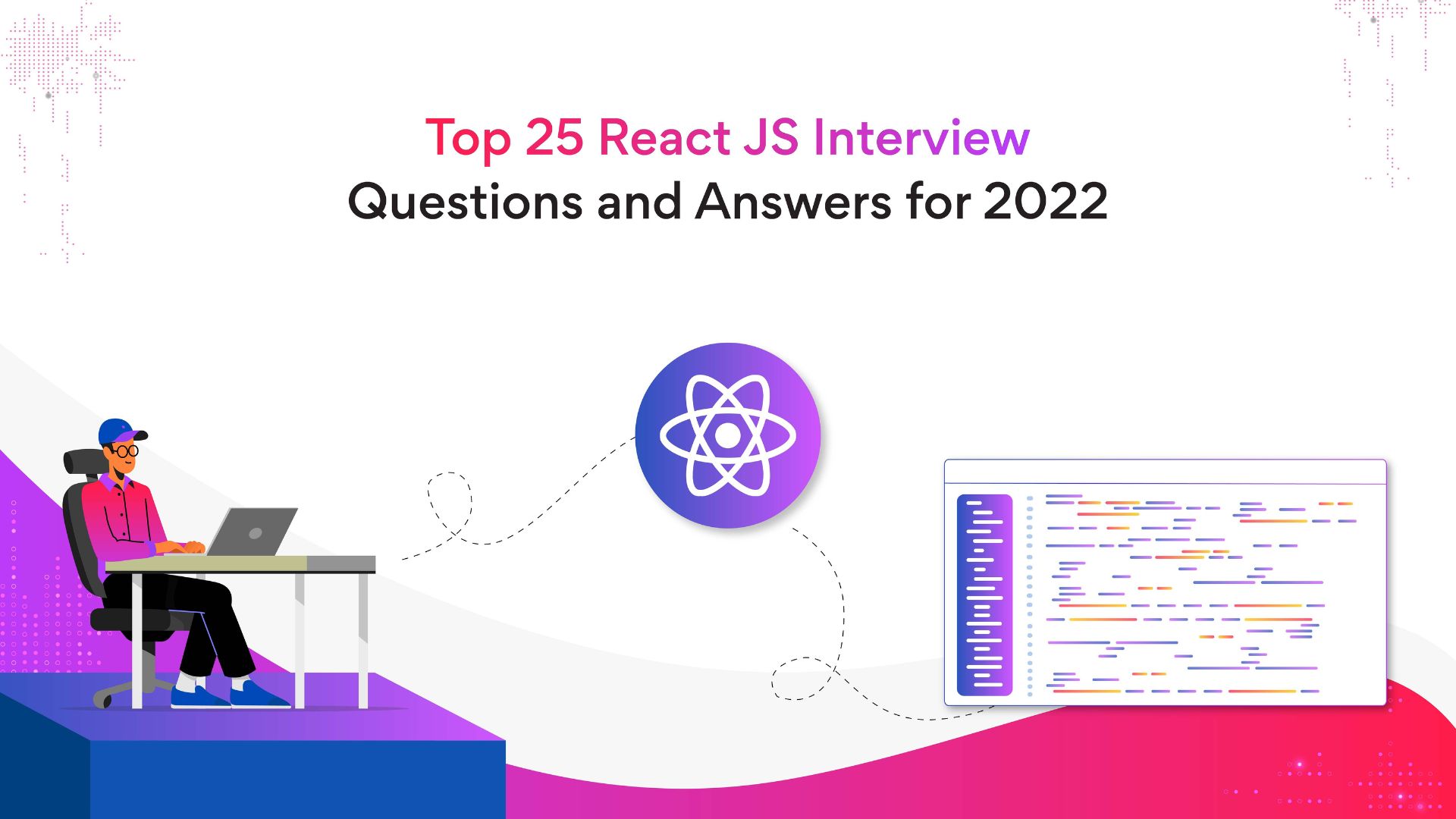 React is a JavaScript framework library that allows developers to create simple, quick, and scalable online applications. The framework is efficient, adaptable, and open-source. Jordan Walke, a software engineer at Facebook, built React. The framework was originally used for Facebook’s news feed in 2011 and then for Instagram in 2012.

React allows developers to build online applications with ease. Therefore, React is currently one of the most popular front-end technologies. More and more firms are adopting it, and if you’re on the same bandwagon, then you need to hire great React JS developers too.

So, here is a list of the 25 most popular React JS interview questions and answers to be familiar with in 2023—no matter if you’re a hiring manager or a developer.

As a developer, learn the basics of React and JavaScript before jumping on these questions. Also, go through multiple sources to solidify your learning.

On the other hand, as a recruiter, no matter which hiring strategy you decide to implement, it’s essential to have a good interview process in place. So, make sure that you build a solid interview panel that is familiar with the basic as well as advanced React JS questions to help you hire the best candidates.

If you find hiring React JS developers overwhelming and are unable to freeze a good hiring strategy, try Turing.com.

Turing fulfills a wide array of hiring needs for small to large enterprises. With Turing, companies can hire pre-vetted experienced React JS developers in no more than 3-5 days.

What questions should I ask my React developer?

What should I ask in a React JS interview?

Ask a mix of non-technical and technical questions.

What is React JS in detail?

React JS is a free and open-source front-end JavaScript library. It is used for building user interfaces based on UI components. It is maintained by Meta and a community of individual developers and tech companies.

Article Name
25 Most Asked React JS Interview Questions in 2023
Description
25 Most Asked React js Interview Questions: Which API is a must for every ReactJS component? What are the biggest limitations of React? What is JSX in React?
Author
Ankit Sahu
Publisher Name
Turing
Ankit Sahu
Ankit is a writer and editor who has contributed his expertise to Govt of India, Reebok, Abbott, TimesPro, Chitale Bandhu, InsideAIML, Kolte Patil Dev., etc.
Related Blog Posts
Comments