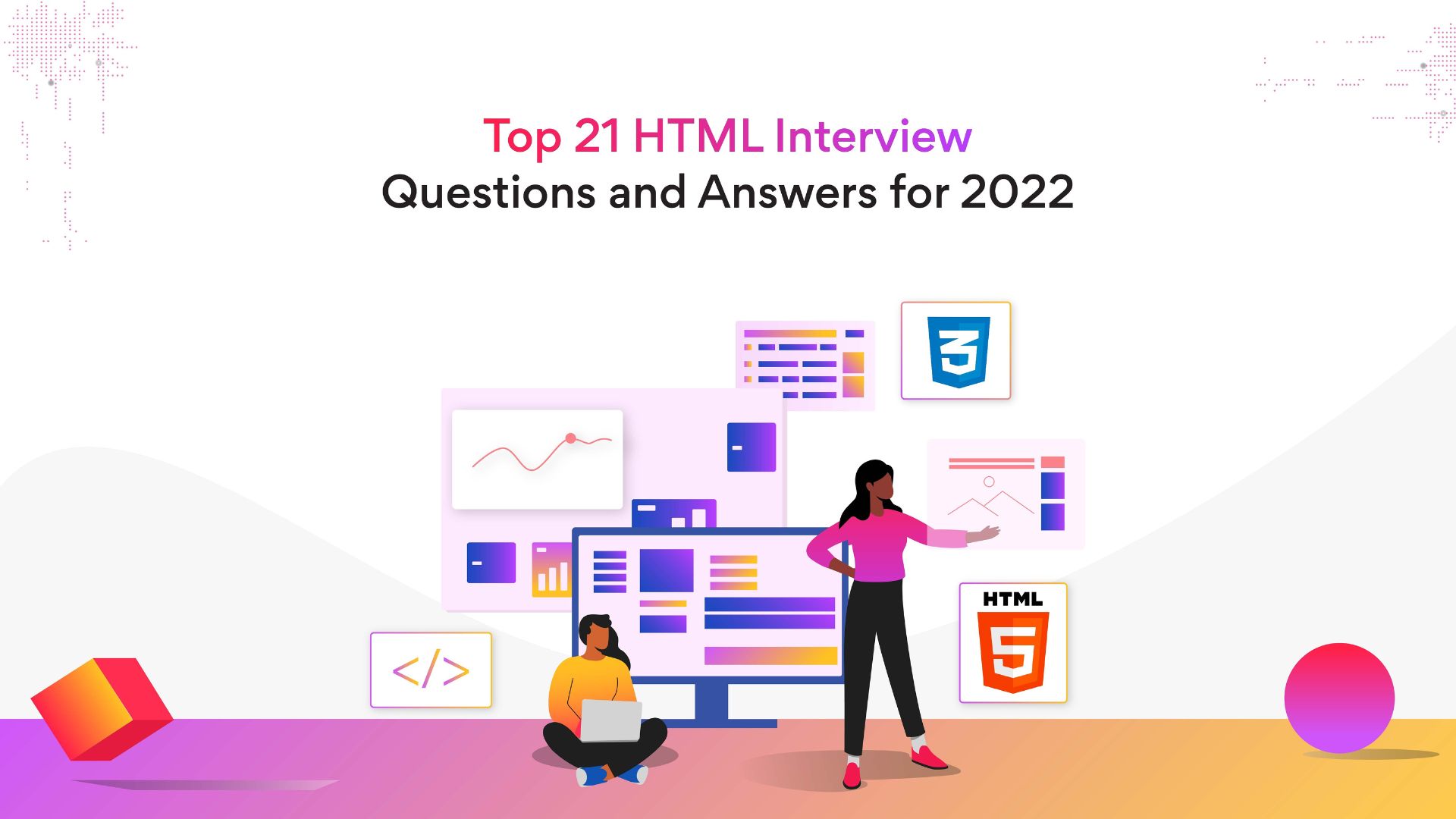 HTML stands for HyperText Markup Language. Markup language defines the text document within the tag that explains the structure of websites, whereas hypertext defines the link between web pages.

HTML consists of Tags and Attributes that create web pages. Developers can also use hyperlinks in HTML to connect several web pages.

HTML acts as a pillar in any web and application development process. So, hiring a competent developer who is thorough in HTML, CSS, and JavaScript is a must for most companies.

Make sure to include basic to advanced questions in the interview. Also, don’t forget to involve web developers, UI/UX designers, and testers in the interview panel. If you find hiring and managing employees challenging and want to avoid the hassle altogether, visit Turing.com.

Article Name
21 Most Asked HTML Interview Questions and Answers
Description
Most Asked HTML Interview Questions: 1. What are the features of HTML? 2. What is HTML 5? 3. Do all HTML tags have an end tag? 4. What is a Style Sheet?
Author
Ankit Sahu
Ankit Sahu
Ankit is a writer and researcher who has extensively worked on blogs, emails, websites, applications, video scripts, and social media content for Govt. of India (Ministry of MSME and CBSE), global brands (Reebok and Abbott Healthcare), and homegrown brands (Republic TV, TimesPro, Chitale Bandhu and Kolte Patil Developers).
Related articles
Comments