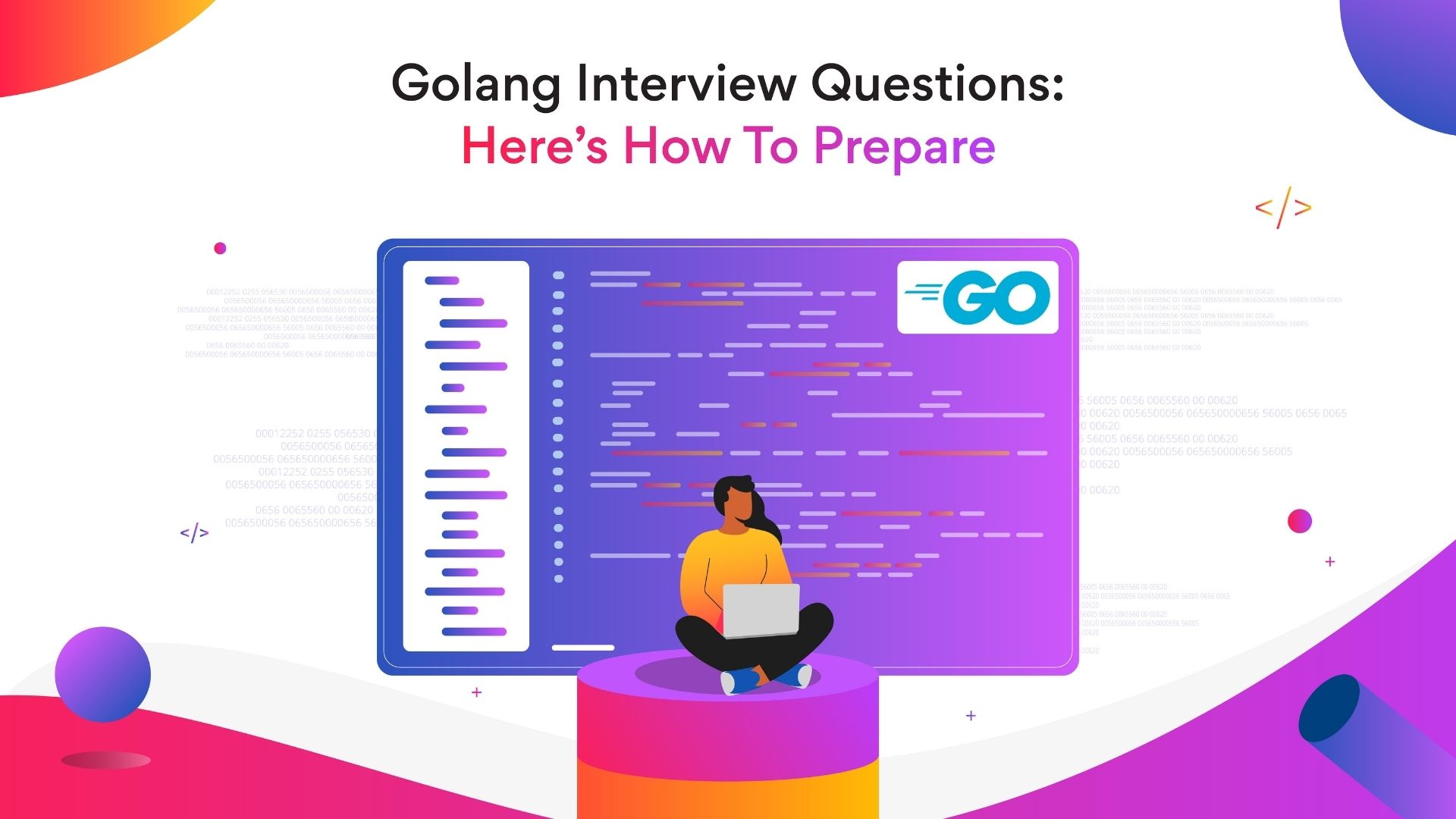 Golang is a popular programming language used by some major companies like Google, Uber, Twitch, Medium, Sendgrid, etc. Are you a Golang developer preparing for a technical interview? If yes, you’ve come to the right place. We’ll be listing down a complete list of carefully selected Golang interview questions that will help you ace your interview and get you your dream job. Let’s get started.

Can you tell us more about Golang and your experience working with this programming language?

How many years of experience do you have with Golang? What other technologies have you used other than Golang?

You can add the number of years you’ve been practicing the Golang language before using it. For example, if you’ve practiced Golang for three years and then started using it in your career for four years, you can say that you have seven years of experience with Golang. As for the other technologies, make sure you list down all the programming languages you’re familiar with and let the hiring manager know about your expertise in those languages.

How can you configure working environments and parameters?

Answer: You can configure working environments and parameters using JSON, commonly used these days. The major advantage of using JSON is that it is available in the standard library. The standard library offers methods to write the data structure intended, which makes it quite readable. Another alternative is to use the YAML package for Go.

What are Go Interfaces?

Answer: Interfaces in Go are different from other languages. Go Interfaces are a custom type used to specify a set of one or more method signatures. The interface is created using the word “type” followed by the name and the keyword interface. The interfaces can be defined as:

What is a Syntax in Golang programming language?

Answer: In Go programming language, a syntax is specified using the Extended Backus-Naur Form (EBNF). Following are some common syntax used for different functions in Golang:

How do you find the type of an object in Go?

Answer: Golang programming language does not have the concept of a class type; thus you don’t have objects in Go. Go provides several data types such as int16, int16, int32, int64, float64, string, bool, etc. You can find the type of a variable in Go at runtime using these three different methods:

Can you list down the functions that can stop or suspend the execution of an ongoing Go Routine?

Four functions can be used to stop or suspend the execution of the current Go Routine:

What is an idiomatic way of representing enums in Go?

What are the uses for tags in Golang programming language?

The major use of a tag for a field is that it allows you to attach meta information to a field which can be acquired using reflection. Tags are usually used to provide transformation info on how a struct field is stored or retrieved from a database. You can also use tags to store whatever meta information you want to add to the field, either for another package or for your own use. By convention, the value of a tag string is a space-separated list of key: “value” pairs.

How do you compare two interfaces in Golang?

You can compare two given interfaces in Golang if:

You can use == or != operators to compare two interface variable.

What is the malloc threshold of the Map Project, and how can you modify it?

The default limit of the malloc threshold of the Map Project is 128. You can modify it by changing the value of maxKeySize and maxValueSize in runtime.hashmap

The memory is allocated from the Heap during the execution of instructions given by programmers. Heap is a pile of memory space available to programmers to allocate and de-allocate.

Stack is a temporary memory allocation scheme where the data members are accessible only if the method( ) that contained them is currently running. It automatically allocates or de-allocates the memory as soon as the corresponding method completes its execution. We receive the corresponding error Java. lang. StackOverFlowError by JVM, If the stack memory is filled completely.

How can you compare two structures? Give an example.

You can use the == operator to compare two structures. Ensure that they don’t contain slices, maps, or functions. Otherwise, the code won’t comply. An example:

You can compare two interfaces using the == operator if the underlying types are “simple” and identical. Otherwise, the code will panic at runtime:

What is the idiomatic Go equivalent of C’s ternary operator? Explain with an example.

There is no direct equivalent of C’s ternary operator in Go. You can use an if-else block instead. For example:

How can you check if two slices are equal in Golang?

You need to loop over each of the elements in the slice and test. Equality for slices is not defined. However, there is a bytes. Equal function if you are comparing values of type [ ]byte.

Can I get a high-paying job with Golang?

Yes, you can! Do you have what it takes to be in the top 1% of our global talent pool of 1.5M+ software developers? Are you well-versed in the Golang programming language? If yes, Turing can help you land high-paying and high-growth Golang jobs with top US companies. Head on to the Apply to Jobs page!

Article Name
Top Golang Interview Questions with Answers 2022
Description
Golang interview questions for Golang developers: 1. What is Golang? 2. How can you configure parameters and environments in Golang? 3. How GC works in the Go programming language?
Author
Ritvik Gupta
Ritvik Gupta
Ritvik is a content writer with experience in writing blogs, website content, and social media copy. He has worked with fast-scaling startups such as GoMechanic and Pitstop. He also has his own automotive blog where he decodes the Indian automotive saga.
Related articles
Comments