How Does Object-oriented Programming Help The Developers To Code Better 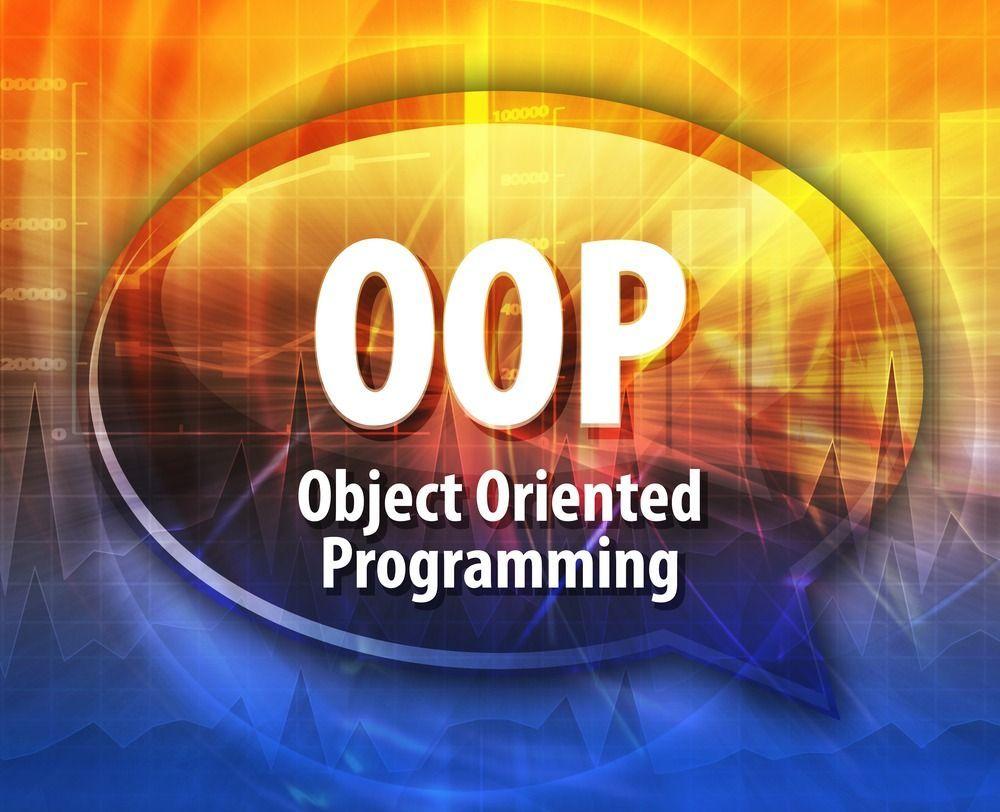 Object-oriented programming is about solving intense problems by breaking it into solvable chunks. For every smaller segregated problem or, as said above, solvable chunk, ‌write a class and you can re-use these classes further, which makes it even quicker to solve the next problem.

OOP models a system by collecting objects, where every object represents ‌significant aspect of the system. One created object comprises both data and function. It structures the program as reproducible, protects application’s information, and is easy to debug. The faster and smoother execution process further eases the job of programmers. Overall, utilizing OOP saves time in the long run, and allows better data structures and resuability.

It can be said that even several decades laters, programmers still get puzzled while organizing the code to create larger meaningful objects. OOP or object-oriented programming provides a complete solution to address such problems.

Object-oriented programming is a method that organizes software design around data, or objects, rather than logic and function. OOP is a programming paradigm that mainly contains data and code. It is applicable to all the languages that use objects in programming. As its name suggests, it breaks down the project based on the objects in it.

Object-oriented programming works on the principles of encapsulation, abstraction, polymorphism, and inheritance. 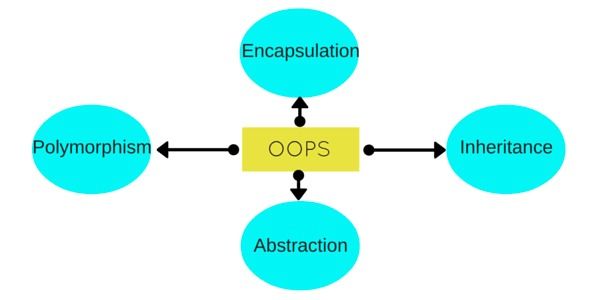 The main purpose of OOP is to combine operative data and functions. It also stops the other functions to access the code except for the one that has been assigned.

How has object-oriented programming changed the scenario?

The defined object in OOP is a data field that has unique behavior and attributes. It allowed the developers to focus on manipulating the objects rather than searching for logic to manipulate them.

Since its first appearance in the 1980s, it came as a surprise to the developers, as it was a radical leap forward from the traditional top-down method. But OOP brought in several benefits like scalability, efficiency, and reusability. These perks made it the first choice for the programmers who had to write large, complex, and actively updated or maintained programs.

Why do developers prefer OOP?

The important features or principles of OOP make it stand out from the rest. Here’s the silver lining of the OOP that has made it a go-to programming model for coding.

One of the biggest issues that developers face with other models is writing the same code for different classes. But with OOP programmers do not have to write the same code twice as any previous code can be reused through inheritance. When simply put, developers use the code of one classes for another. You can assign subclasses and relationships between objects, enabling to reuse the common logic while still preserving a unique hierarchy. It provides a thorough data analysis that further reduces the development time and results in a higher level of accuracy.

Here's a practical example for the same!

Assume that you have a car object. Two of your other colleagues need a limousine object and a racecar object. All the objects will be classed as cars. And with this common object class, the inheritance technique will save a huge amount of time.

Here’s how it works?

Now, if a race car object needs a chauffeur and the limousine object requires a method to fire afterburners, each class can implement separate functions just for itself. However, both the classes will inherit the prime aspects from the main generic object i.e car.

In the prime aspects, methods like “drive” or “fillupgas” will simply reuse the existing code and you won't be writing these functions all over again.

Another advantage of inheritance of the OOP approach is that you can make a change to your main generic object and all the subclasses under it will simply inherit the new. You don't have to make any extra changes in the subclasses.

Polymorphism allows distinct object types to pass through the same interface. Its shape-changing concept allows one object or method to serve as the template for other objects and methods. You can overload a single function, shapeshift it, and adapt it to whichever class it fits into.

As we know ‌every object shares behavior and can take more than one form. Your program will determine which uses or meaning is vital for every execution of that object from a parent class. It reduces the need to duplicate and extends the functionality of the parent class with the creation of a child class.

Extending on the example above, assume that you just need a few functions like “drivecar”, “DriveLimousine” and “driveRaceCar”. The functions “racecardrivers” will share the same traits as “Limousinedrivers”. But other things like beverage sponsorships and race helmets will be unique in each subclasses.

Here’s where polymorphism comes in to smoothen the process. Sensor single function shape shift to adapt to whichever class it is in, you can create just one function in the parent car class, named as drive. Not “drivecar”, “driverace” or “driveLimousine” but just “drive”. This one function will now work for “drivecar”, “driverace” or “driveLimousine” and other functions related to drive. This is how polymorphism serve its purpose.

The learning curve is ‌steeper in OOP. But once you master it, you will find it an easy and more intuitive approach for developing big projects.

OOP reduces the time-consuming process of writing each class again and again and makes it an overall efficient problem-solver.

Encapsulation is a principle that states all the important information is included inside an object and only selected information is exposed. The state and implementation of each object are privately held inside a defined class. The other objects do not have any access to this class or authority to make any changes in it. We can only access our class list of public functions or methods. Thus, this property of object-oriented programming renders greater program security and eliminates any unintended data corruption. 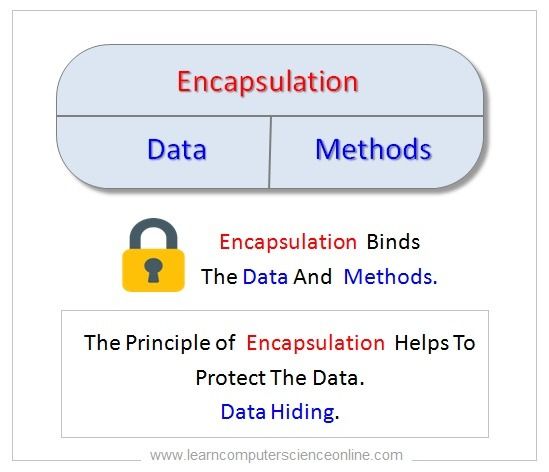 In continuation with the above example, if we say that the car object broke down, it means that the problem must be in the car class. You need not have to go line by line through all your code to find the issue.

That's how encapsulation eliminates the cumbersome work with its property of each bit of functionality doing its own thing while leaving out the rest. This modularity enables the IT team to work on several objects at the same time while minimizing the chances of duplicate functionality by any other person.

This concept in OOP allows objects to reveal internal mechanisms by hiding any unnecessary implementation of code. Derived classes that can have extended functionality use internal mechanisms that are relevant for the use of other objects. It enables the developers to make additions or changes‌ easily.

Some popular examples of object-oriented programming

There are many programming languages that are used with object-oriented programming. Some of them work better in pair with OOP while others are designed primarily for OOP.

Object-oriented programming: It’s sure a better way to choose!

The roaring success of OOP in the past years has witnessed the capability of this programming language. OOP has been hugely supported and has captured a massive industry. Moreover, as discussed above, the valuable aspects of OOP keep it omnipresent, even if it has received a lot of criticism from the developers.

Best Online Resources to Learn JavaScript for Free in 2022

Looking to understand the concepts of JVM and its architecture? Here's a detailed guide...