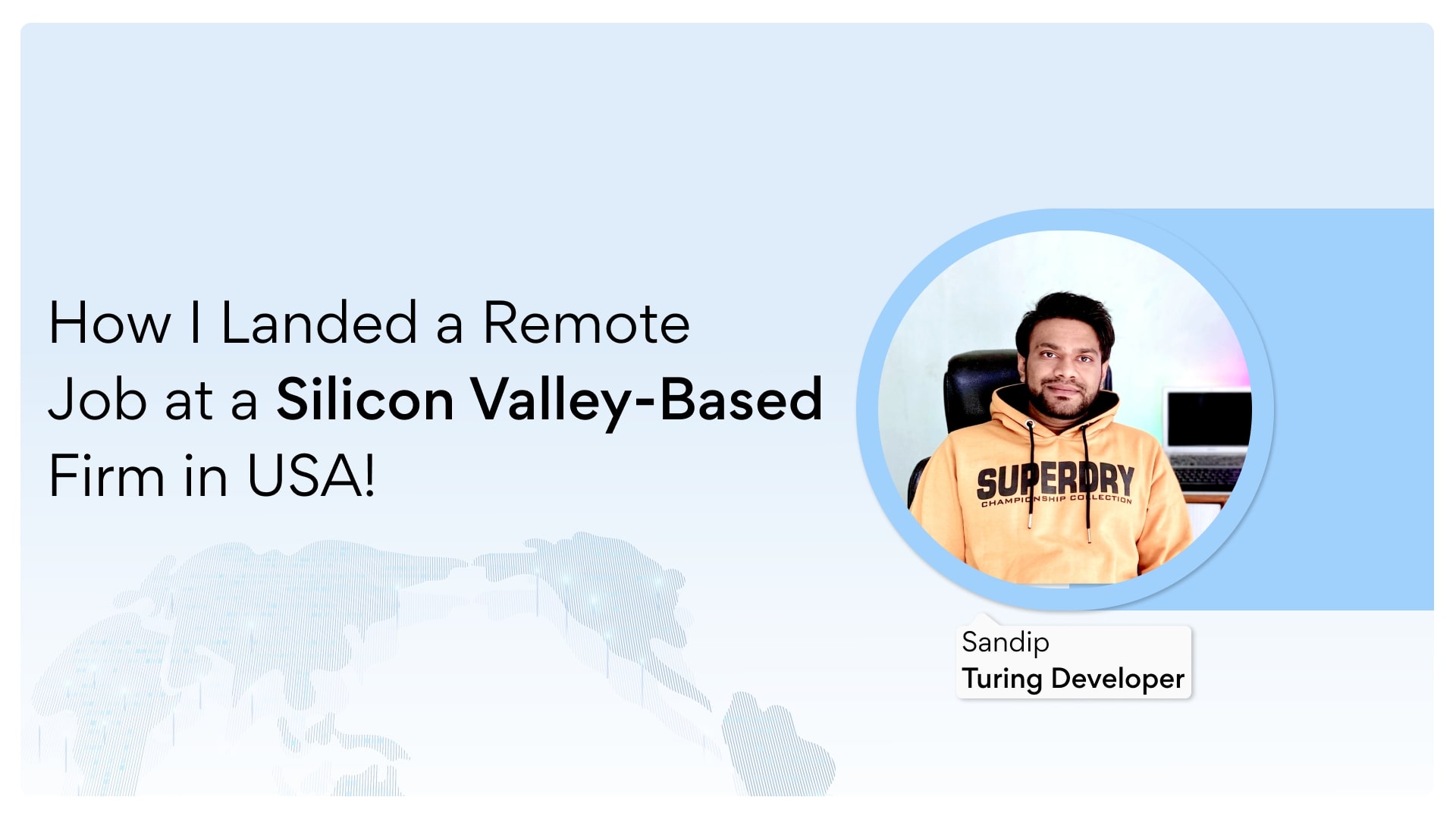 How I Landed a Job at a Silicon Valley-based Firm!

Sandip, a talented software developer, shared his Turing.com review in a recent blog post about how the company helped him skyrocket his career as a developer. In addition, he opened up about how it was nearly impossible for him to land a job with an international company until Turing.com came into his life.

Based in Surat, a small town in the state of Gujarat, India, Sandip had always dreamed of studying and settling down in a European country to build a better future.

However, Sandip’s family didn’t have the financial stability to help him pursue his Master’s degree abroad.

He applied to hundreds of international companies; however, the only response he received was — “Unfortunately, we will not be moving forward with your application, but we appreciate your time and interest.”

“No interviews. Not even a proper reason for rejection! Getting rejected directly because ‘application outside from the country’ was making me feel helpless,” he said.

After facing rejections from companies from multiple countries, he had lost his only hope of getting settled abroad or getting a job that paid him enough. 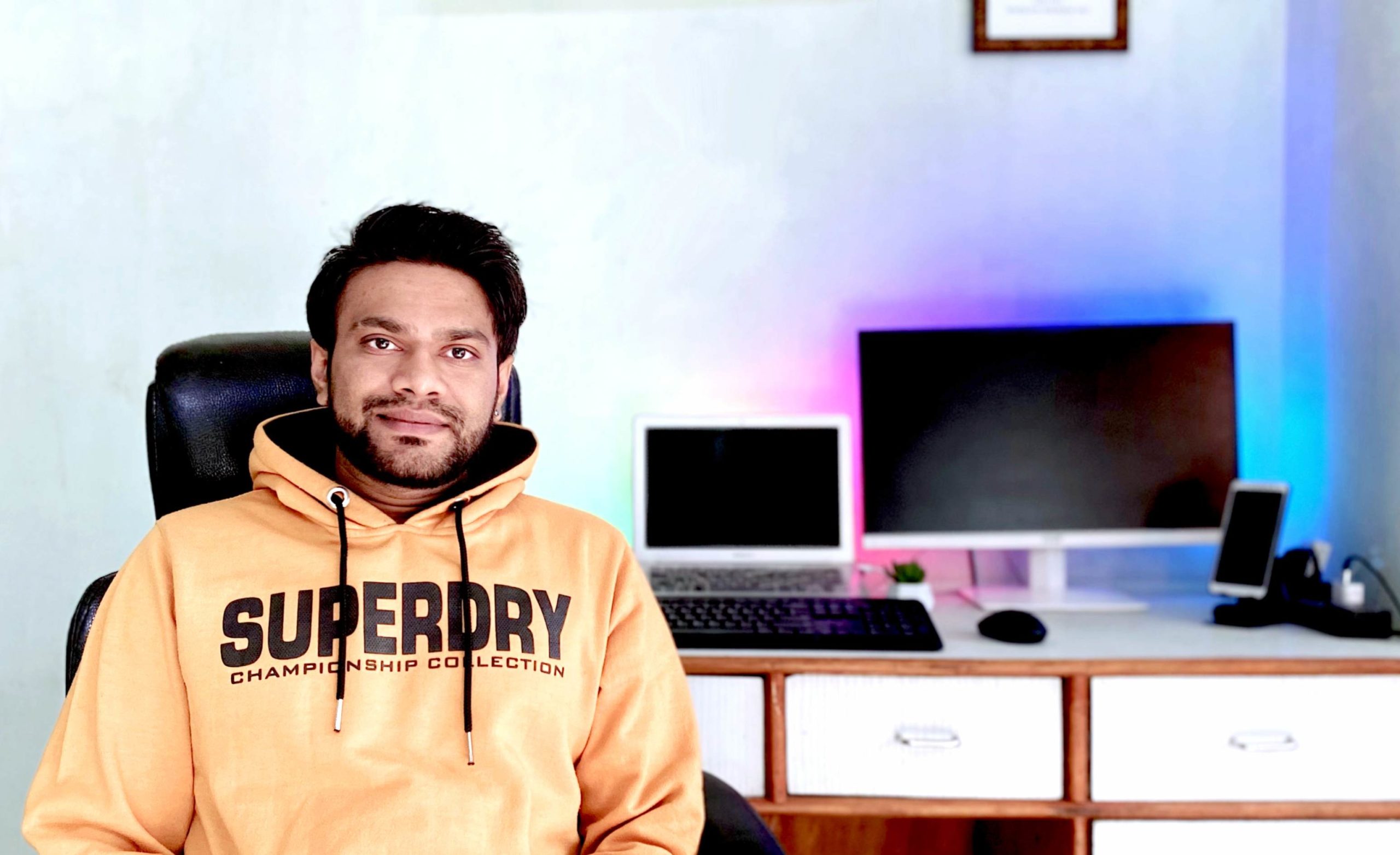 How did he learn about Turing.com?

“I heard about a few people getting remote work during the pandemic, and it piqued my interest,” he says.

While researching online for remote software developer jobs, Sandip stumbled upon an advertisement from Turing.com.

“I quickly signed up to Turing.com and began researching everything the platform has to offer!” exclaims the skilled developer.

Turing.com review: How has his journey with Turing.com been so far?

“Turing played a crucial role in managing things for me,” Sandip recalls.

“It’s been three months since I’ve landed a remote software developer job with a Silicon Valley-based business because of Turing.com. And the best thing? Turing handled all the complex procedures to apply and secure the job!” he exclaims happily.

After coming across Turing.com during his research, Sandip immediately registered on the platform, where he completed a few tests to understand his expertise over particular languages.

“Because I had a firm grasp of 16+ programming languages, I was able to pass 2 to 3 language tests. After passing the tests, the platform guided me to sign up for a one-on-one coding challenge to solve two algorithms on Codelity while a Turing representative live-screened my approach, “he says.

“I had several interviews lined up with companies in the United States within a month. After giving interviews to three different organizations, I received job offers from two Silicon Valley-based firms!” adds the coding enthusiast.

This Gujarat-based developer believes that the best part about Turing.com is the opportunity for developers to work with complex problem solvers on an international level.

“It is an entirely different experience, and I get the opportunity to learn a lot,” Sandip says.

People like Sandip also enjoy building connections with fellow developers. Therefore, it’s no surprise that he loves how indulging the Turing developer community is.

“At Turing.com, alongside working on exciting projects, we also enjoy online games and contests where Turing awards gifts to the winners! I love to be a part of the Turing developer community,” he adds.

What advice does he have for other developers?

“To begin, you must put your worries aside and take Turing.com’s skill tests as quickly as possible.  I understand how you feel; I vividly remember the fear of not scoring well, or worse, failing them. Most developers think they’ll take some time to prepare themselves for the test and take them later. However, they never do so and end up losing valuable opportunities,” he says.

After clearing the tests for at least a handful of programming languages, you can go ahead and schedule your online coding test.

Sandip advises developers to ensure they have a stable connection and a peaceful mind for their live coding test.

“During the live coding challenge, you will be asked to create a couple of algorithms. The company will record the entire session to ensure you’ve tried all possible approaches to come up with the best solution,” the developer explains.

After the live coding challenge, you can finalize your resume.

Turing.com will showcase your test results, live coding challenge recording, and your resume to US-based firms looking to hire developers with your specialty. 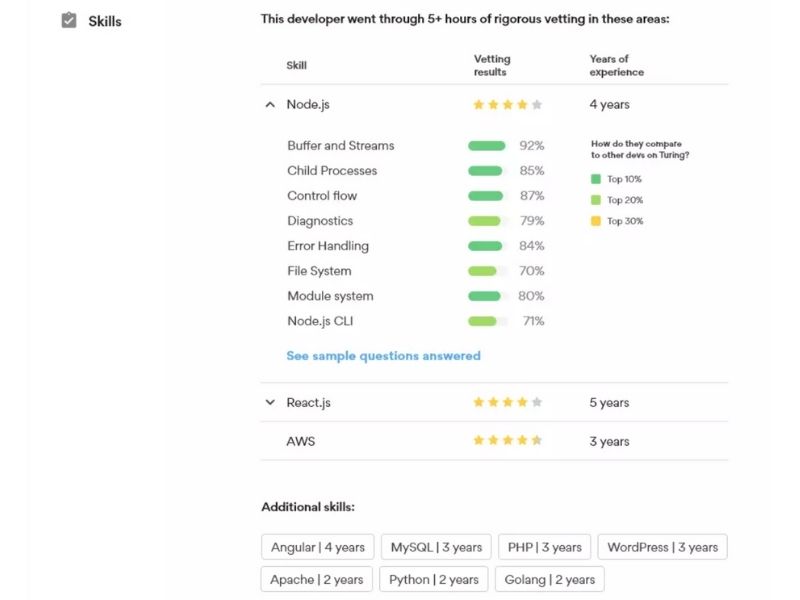 With Turing.com, you can land a remote software developer job within a couple of weeks!

Talking about tools you need to work with, Sandip says: “Scrum/Agile is the most used tool in Silicon Valley-based firms. Make sure you have enough knowledge about Jira, DevOps, and Scrum since it will help make your onboarding process a lot smoother.”

“Turing.com uses the Deel platform for payments. Other than the ability to see your contract and upcoming payment details, Deel also offers quite a few perks and benefits,” he notes.

“Throughout the process, Turing.com has been a solid pillar of support for me. The company has gone above and beyond to ensure that developers don’t have to worry about anything other than being good at what they do,” he says.

“Working as a remote developer has given me loads of flexibility and free time, and I’m grateful to Turing.com for presenting me with the world’s best opportunities while working from home,” Sandip concludes.

Article Name
Turing.com Review: How I Landed a Job at a US-Based Firm!
Description
In his Turing.com review, Sandip shares his life experience before Turing and how he landed a remote software developer job with Turing in just a month!
Author
Jayalakshmi Iyer
Jayalakshmi Iyer
Jaya is a copywriter & content writer & has worked for businesses in over 27 different niches. When she’s not writing, she can be found obsessing over a book.
Related Blog Posts
Comments