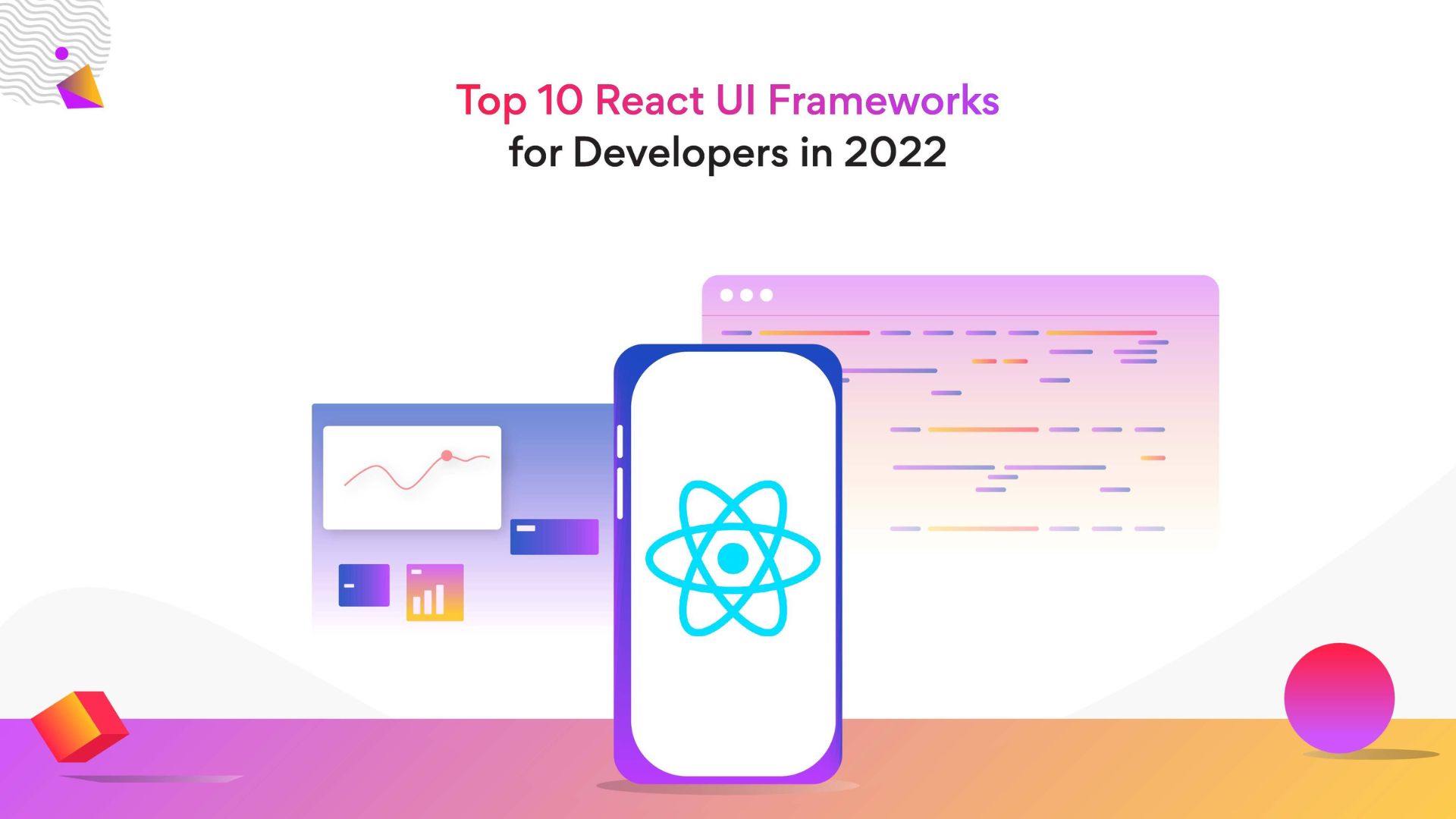 What is a React framework? Which framework do we use for React? Which UI is best for ReactJS? For answers to these questions and insights on React UI frameworks, keep reading this post.

Designing interactive websites requires front-end coding, which controls how user interfaces appear. Front-end development requires JavaScript tools to manage the visual aspect of the web pages. As a front-end JavaScript tool, React is one of the most popular tools for web development.

Developers use React to create a single page and native mobile applications. React code affects the state management of the web page. The React library uses a declarative programming paradigm. Due to this fact, the state of the web page changes when data changes occur.

Here are the top 10 React UI frameworks for developers in 2022.

Selecting the Best React Framework For Your Projects

The React frameworks mentioned above help design and code user interfaces for websites. Individuals, businesses, and organizations use these React UI frameworks to improve the productivity of React development.

As React is the most preferred front-end library by web developers. In addition, the demand for React developers is increasing day by day.