DevOps VS Developers: What Should You Choose for Your Project Development? 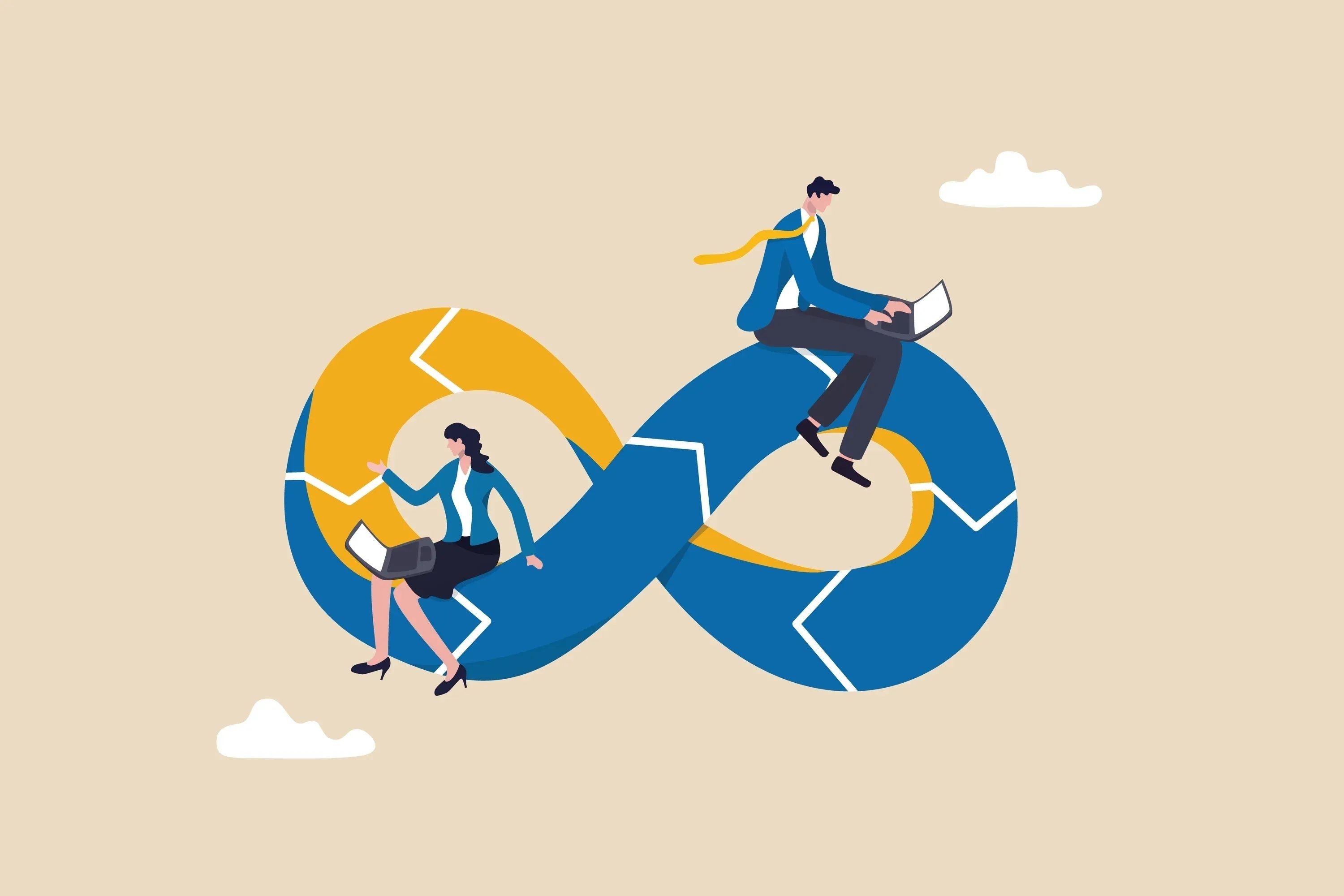 The job profiles of DevOps engineers and developers sound similar, and while there are some overlapping functions between them, they are both different from each other. People are often confused about DevOps vs. developers when they are looking to hire the right profile.

On the other hand, the developers are restricted to a more specific development scope as they are responsible for writing application codes and building user-centric features for the software systems. The developers follow the broader strategy of software product managers and architects.

So, if you are starting a new development project and are unsure about who you should hire, this blog provides a comprehensive insight into DevOps engineers vs. software developers and what to expect from each of them.

DevOps is a set of protocols, practices, and tools that combine software development (Dev) and IT operations (Ops). It aims to shorten the software development life cycle and provide high-quality, continuous delivery. A DevOps engineer is responsible for the smooth flow of code changes from development to production and for monitoring the system for potential issues. Some of the primary roles and responsibilities of DevOps engineers are as follows:

In a DevOps environment, developers and ops teams work together to achieve common goals, such as increasing the speed of delivery or improving service quality. The key responsibilities of a DevOps engineer include working with developers to implement Continuous Integration (CI) and Continuous Delivery (CD) pipelines and automating deployment processes. In a DevOps environment, developers must work collaboratively with different cross-functional teams to ensure proper integration and deployment of code changes.

DevOps engineers typically use a variety of tools to automate software deployment. One common tool known as the configuration management tool helps manage and track software code changes. Configuration management tools can help to automate the process of code compilation, testing, and deployment. Another common tool is an artifact repository, which stores software packages and dependencies. Artifact repositories can help automate the downloading and installing of software packages.

One of the most popular tools is Grafana, which allows users to create custom dashboards to visualize data. Another popular tool is Prometheus, which monitors system performance and generates alerts when necessary. DevOps engineers also often use Logstash to collect and parse log data and Elasticsearch to store and index that data.

These tools are useful for getting information about the health of servers and infrastructure components. These tools' reports and data help DevOps engineers quickly identify issues with their systems and take corrective action. Overall these monitoring tools help DevOps engineers significantly reduce the time and effort required to deploy new software releases.

While DevOps engineers perform critical functions in ensuring optimum software development and deployment, they are not necessarily compatible with every company. Some of the scenarios or situations where companies should consider hiring DevOps engineers are as follows:

In contrast to DevOps engineers, software developers have a limited or tunneled scope of work where they contribute to the core development of the software application. A software developer is broadly responsible for designing, developing, testing, and maintaining software applications. They work closely with business analysts and other stakeholders to understand the requirements of a project and then design a solution that meets those requirements.

Let us expand on some of the core responsibilities of software developers.

Code development is one of the core operational requirements for software applications. The software developers are responsible for writing clean, efficient, and scalable code that provides optimized solutions to business needs. Code development is a complex process that involves understanding the problem that the software will solve, conceptualizing the solution, writing code, debugging the code, and testing the software.

Programs can be developed for different purposes, such as to perform a specific task or to solve a specific problem. Code development is a vital part of the software development life cycle and is essential for creating high-quality software. Once the code is tested successfully, it can be deployed on the live system.

Python, JavaScript, Java, C++, and SQL are some of the most prominent programming languages software developers utilize to create highly efficient and scalable applications. Coding a robust application requires a combination of different technologies - languages, libraries, frameworks, databases, and packages to work in tune with each other. This is why interacting with different team members is an important skill for software developers.

As a software developer, you are responsible for code testing. This means ensuring that the code you write meets the requirements of the system and that it works as expected. Code testing is essential to the software development process and should be performed throughout the development cycle, from initial coding to final debugging. There are many different types of code testing, each with its advantages and disadvantages. The most common types of code testing are system testing, unit testing, and integration testing.

System testing is code testing that focuses on the system's behavior as a whole. System tests are written by testers who understand the system's overall functioning. No matter what type of test you're writing, it's important to ensure that your tests are effective and cover all aspects of the tested system.

Troubleshooting and maintenance of code

Developing code can be complex, and developers must have strong problem-solving skills to identify and correct errors. After creating the code, developers must also test it to ensure it meets the client's or user's specifications. The debugging process extends the testing stage, where you find bugs or errors.

At the debugging stage, the software developer takes necessary action to correct the errors and ensures that the application runs seamlessly. In addition, developers often work with other team members to troubleshoot code and address any issues that may arise. As technology evolves, developers must also update code to maintain its compatibility with new software and hardware.

These are some common scenarios where you need to bring in reliable software developers to assist you in development projects.

As we have seen in the developer vs. DevOps choice, DevOps engineers and software developers perform very distinct functions to help scale the development of a company. Hiring the right profile depends on numerous factors, including company finance, operational structure, scalability, and projected growth. It is important to analyze your development requirements thoroughly before hiring the right developers or engineers for your company.

Turing is an industry-leading AI-based platform that uses extensive networking and a robust vetting engine to help companies find the best developers based on their custom requirements. Turing’s Intelligent Talent Cloud uses AI to source, vet, match, and manage the world’s top-rated developers remotely. You can start your 14-day free trial by signing up at Turing now.

How Much Does it Cost to Hire Software Developers?

Want to hire highly experienced developer with the capability to handle all the components of MEAN (MongoDB, ExpressJS, Angular, NodeJS). Have a look at these 9 tips...

What do DevOps actually do?

Is DevOps the same as a developer?

What are DevOps skills?

Can a developer switch to DevOps?

Yes, a developer can switch to DevOps by learning essential skills such as version control, agile methodology, CI/CD pipelines, containers, and proficiency in numerous programming languages.

DevOps vs. Developers: What is the average salary?

DevOps vs. Developers: Which is better for businesses?

If you have a software development project then you would need software developers to scale your project as per your specifications. Beyond that, if you have huge resources and complex infrastructure impacting the productivity of your business, then hiring DevOps engineers would be beneficial for you.