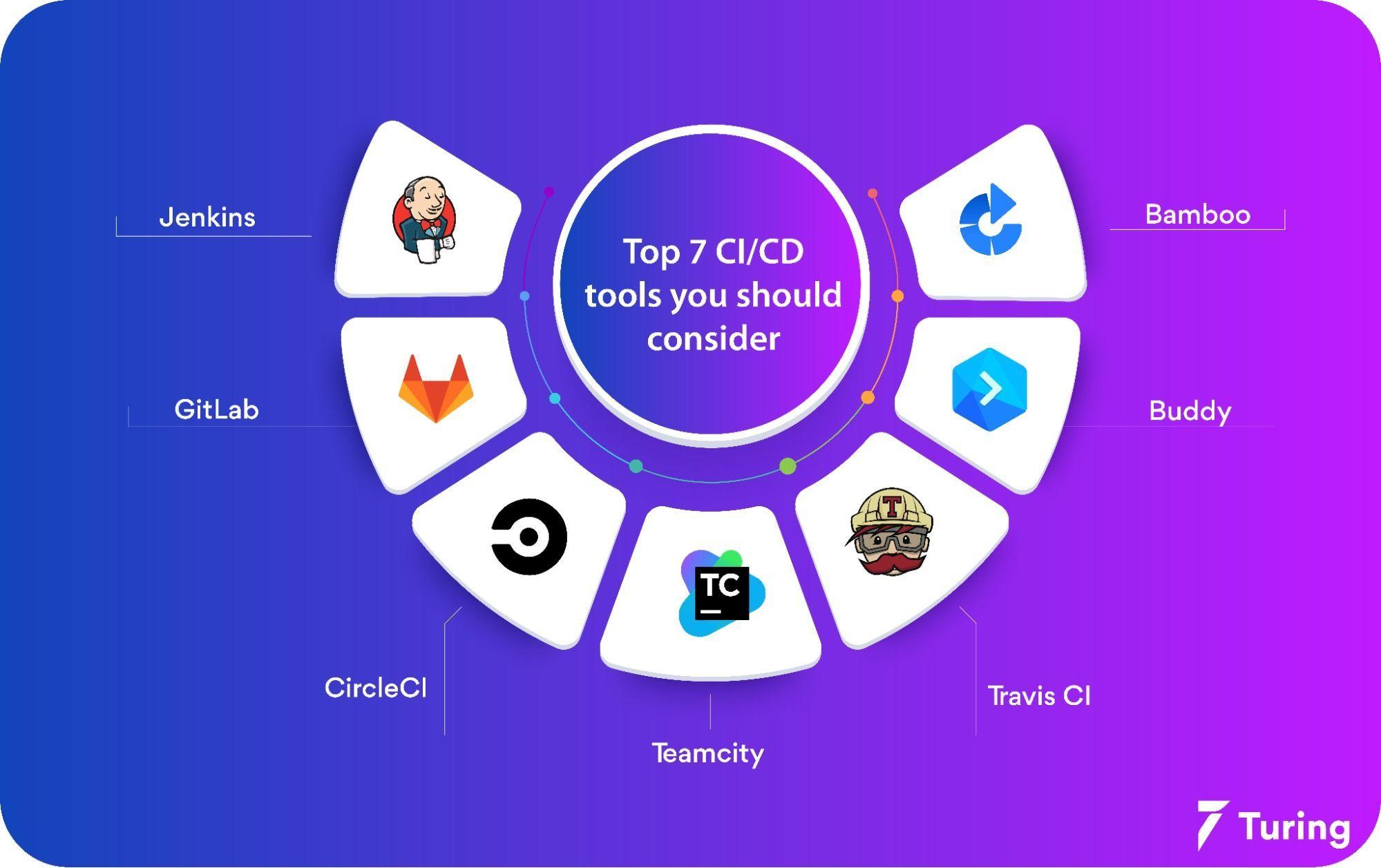 Before we deep dive in the list of best CI/CD tools, let's first understand why CI/CD pipeline tools are present in software development scenarios.

As we all know, “Quality at Speed” is the new norm in software development.

To cope with this new standard, enterprises are adopting DevOps strategies and an Agile culture to improve delivery speed and product quality. DevOps is a software development style that utilizes agile practices for fast and efficient product creation and release. DevOps mainly focuses on the integration of development and operations teams, continuous integration/continuous delivery (CI/CD), and automation of tasks and processes.

The DevOps team uses pipelines to streamline and standardize the processes. DevOps pipelines are tools like CI/CD automation tools that teams use to provide visibility into the software development life cycle and automate tasks.

As a result, CI/CD DevOps tools that can integrate with your systems are a must while streamlining the development and deployment processes using the DevOps strategy. A "good" CI/CD platform can take advantage of a team's existing process to maximize the automation feature and build a reliable CI/CD pipeline, giving your team the boost they need to succeed.

Top 7 CI/CD tools you should consider

With such a large variety of CI/CD tools in the market, developers or organizations may find it challenging to choose the best CI/CD tools in DevOps that are suitable for their projects. To make this process easier for you and your team, here are the most popular CI/CD tools list and their key features.

Jenkins is an open-source, cross-platform, Java-based program that allows users to test and report in real-time, making it one of the top CI/CD tools in the market today.

Jenkins is simple to use and integrates with major cloud platforms such as Microsoft Azure, Google Cloud, AWS, and DigitalOcean. Its CI/CD pipeline contains essential tools for modeling and implementation in a domain-specific language that developers may use.

Jenkins, which is available for macOS, Windows, and Linux, has a large community and a thriving plugin environment with over 1500 plugins. It is popular among major corporations and startups because it is open-source, free, strong, and adaptable.

License: Free, since Jenkins is an open-source tool.

GitLab CI is a top-rated continuous integration and delivery technology that runs on Windows, macOS, and Linux.

GitLab CI integrates several capabilities into a single dashboard, including Continuous Integration, Continuous Delivery, Code Reviews, and Continuous Deployment, all of which are designed with a user-friendly interface.

The caching feature in the commonly used CI/CD pipeline tool provides a time saver. The cache can be shared between branches within the same branch. For certain tasks, caches can also be disabled.

GitLab CI is a fantastic tool since it allows users to run builds using the Shell Executor, which is analogous to terminal-based programs. It will enable developers to design bespoke pipelines and provides a smooth transition from other CI/CD tools.

License: It has both free and paid offerings.

CircleCI is a CI/CD automation tool that enables quick software development and deployment. CircleCI allows users to automate their whole pipeline, from code creation to testing and deployment.

You can use CircleCI to make builds when new code lines are committed to GitHub, GitHub Enterprise, or Bitbucket. CircleCI also offers a cloud-managed option for continuous integration or runs on the private infrastructure behind a firewall.

TeamCity is an open-source, free, and one of the most popular CI/CD tools developed by JetBrains that allows for seamless interaction with Jira Software, Azure DevOps, NuGet, Maven, Visual Studio Team Services, and Docker.

TeamCity, available on Linux and Windows and regarded as one of the best server-based CI/CD pipeline solutions in Java, executes parallel builds to allow users to run builds simultaneously across different platforms.

License: It is a commercial tool with both free and proprietary licenses.

Travis CI is a continuous integration (CI) solution for building and testing projects. Travis CI automatically finds and pushes new contributions to a GitHub source, builds the project, and runs tests in response to each new code commit.

It supports multiple languages, such as Android, Java, JavaScript (with Node.js), C, C#, C++ Perl, Python, Ruby, PHP, and so on.

Travis CI is a hosted continuous integration and delivery service. On Travis-ci.com, you can test private projects for a fee.

Buddy is a CI/CD automation tool that builds, tests, and deploys websites and applications using code from GitHub, Bitbucket, and GitLab. It uses Docker containers with pre-installed languages and frameworks and DevOps, monitoring, and notification actions to build on.

License: It is a commercial tool, but you can opt for the free trial version

Buddy is a web-based automation platform that focuses on DevOps operations in particular. With a straightforward UI and workflow orchestration, the application is designed for ease of use. Buddy's capabilities constantly improve because the development team regularly introduces new features. Buddy speeds up the entire CI pipeline by using clever change detection, caching, and parallelism.

License: It is a commercial tool

We have discussed all the important aspects of DevOps and provided a list of the top 7 CI/CD tools in the market. We hope this list has provided enough information to help you select software that best meets your needs. The CI/CD pipeline tools in this list are the most advanced, with all the necessary features for your projects. Your requirements, existing infrastructure, and possibilities for future growth and improvement will all influence your final decision.

Top 10 Python Tools Every Developer Should Know in 2023

Python, owing to its simple syntax and extensive coverage of scientific computing...

What are CI/CD tools?

Which is the most used CI/CD tool?

Jenkins. Without question, the most well-known tool for creating CI/CD pipelines is Jenkins. Jenkins is a well-established open-source project with a devoted global community.

What is a CI/CD tool that is used in DevOps?

The CI/CD tool is used by DevOps engineers to frequently deliver apps to users by automating the stages of app development. The main concepts associated with CI/CD are continuous integration, continuous delivery, and continuous deployment.