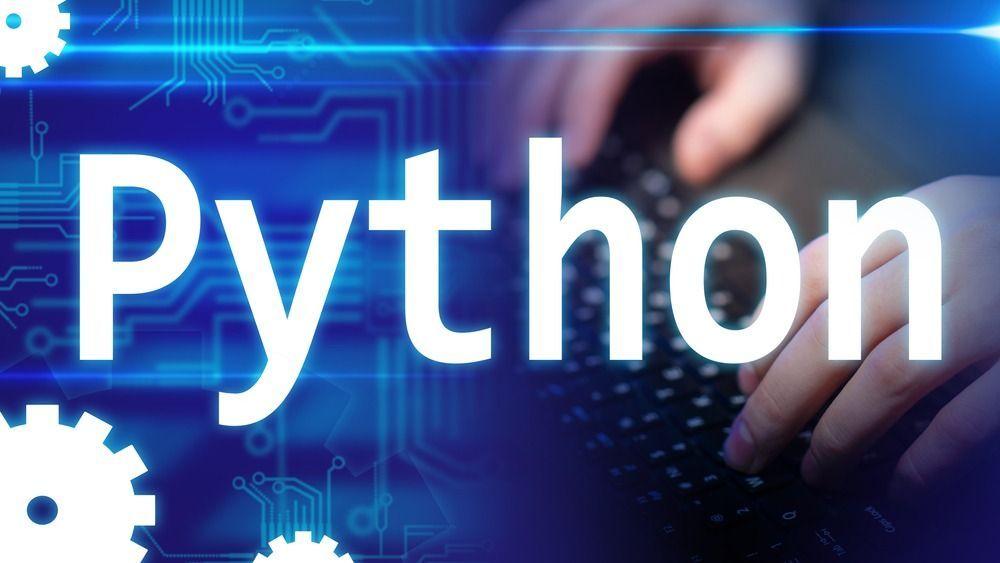 Python programming language is widely used for machine learning as it is one of the easiest languages to learn and implement. It is also very versatile in software development and can run on multiple and different types of operating systems. In machine learning, there is a lot of programming required and some of this is implemented in libraries that help in fast creation, modeling, and visualization. In this article, we’ll look at the most useful Python machine learning libraries that data scientists work with.

An overview of machine learning

Machine learning is a field in artificial intelligence that deals with using data to train computers to act, behave like humans, and automate human processes. It can also be said to be a subfield of data science since data is gathered, cleaned, and visualized to help in building efficient machine learning models. There are several systems created with machine learning that are used in image classification, computer vision, natural language processing, chatbots, etc. 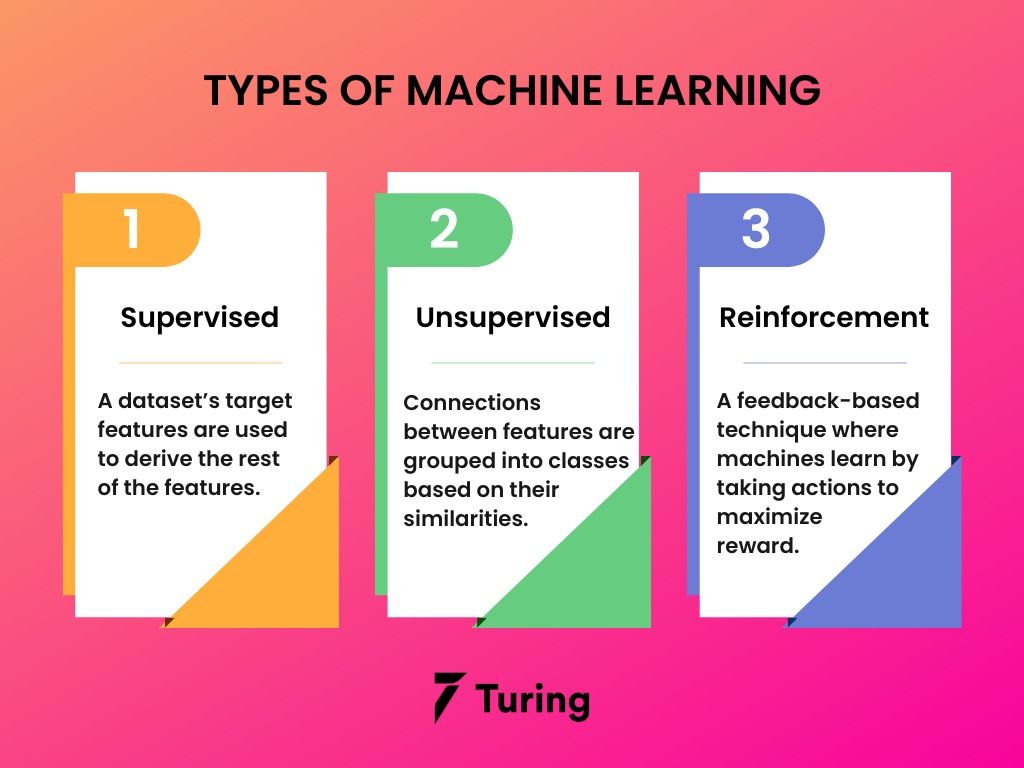 Machine learning can be divided into three types: supervised, unsupervised, and reinforcement learning.

In supervised machine learning, there is the presence of a target feature in a dataset that we use to derive the rest of the features. This is the feature that the computer will learn in order to predict and create patterns.

There is no target feature in unsupervised machine learning. Instead, the computer finds connections between the features and groups them into classes based on their similarities. The only type of unsupervised learning is clustering.

In reinforcement learning, machines tend to learn based on data and the environment. They eventually make decisions based on these and interact with the environment. This type of learning can be seen in the development of robots and AI games like chess.

Python is one of the easiest and most used programming languages for developing AI and ML models. The use of Python machine learning libraries varies from data storage and manipulation to visualization and model development.

The following is a list of some of the best Python libraries for AI and ML.

NumPy is an open-source Python machine learning library developed by Travis Oliphant in 2005. It stands for Numerical Python (Num-Py) since it contains a lot of numerical operations that are simplified for use.

NumPy helps in storing and editing data in an n-dimensional array and deriving statistical insights for data science and machine learning. It can create arrays of dimensions greater than 1 and cannot create negative dimension arrays. It also creates opportunities to perform linear algebra and matrix calculations more easily.

The arrays are written in C programming language and are generally faster to retrieve information and alter data. They consume less memory than normal Python lists which enables them to store more than the amount of data that Python lists can. They can also store only homogenous data. These are some of the reasons why NumPy is a preferred data structure over normal Python lists.

NumPy can be installed by typing the command in a notebook or command line interface:

In short form, it is normally imported as np: 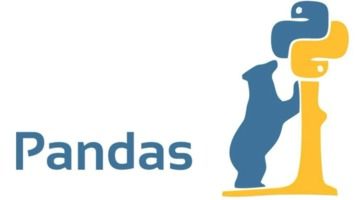 Pandas is an open-source machine learning library in Python created by Wes McKinney in 2008. It was built and integrated with the NumPy package. It can be used to create series and data frames that aid data science in aspects like data cleaning, data analysis, data formatting, etc.

Pandas stores data in two forms: series and data frames. Series are very similar to NumPy arrays as NumPy is integrated into Pandas. However, they are different in that they can be used to store lists of heterogeneous data types. They can define column index explicitly, i.e., set their index values which can be used to access the particular data on the list. Think of them as a spreadsheet column and index values.

Data frames are similar to spreadsheet packages. They are two-dimensional arrays that store homologous and heterogeneous data. They can also store data in rows and columns where each column contains a particular data type.

Data from spreadsheet packages can be converted to data frames and can automate a lot of processes. They provide easier and more flexible tools to locate, edit, and perform operations on data.

Pandas can be installed by typing the command in a notebook or command line interface:

It is normally imported as pd:

Matplotlib is an open-source Python library conceived by John Hunter in 2002. It helps in graph plot creation, visualization of data, and machine learning model performance. It’s a very useful tool in data science and machine learning as it's versatile and helps in gaining insights from data and models using graphs.

Matplotlib is a visualization tool built on top of NumPy. Over the years, it has been used for analytics and machine learning to plot suitable visuals to understand data and models, and determine accuracy. It is quite complex, which is one of the reasons why Seaborn was developed - to make visuals easier and faster. Nevertheless, it's still a great plotting tool.

In short form, it is normally imported as plt.

Created by Michael Waskom in 2012, Seaborn has become widely used today. It is another very useful visualization tool, built and integrated with Matplotlib. It creates extremely clear visuals and is easy to use in data visualization, correlation, and seeing how well a model’s performance works on the test set.

Seaborn graphics are more understandable than Matplotlib’s which makes it very reliable and easy to derive insights from data.

To use Seaborn, you need to have the current version of Matplotlib.

In short form, it is normally imported as sns. 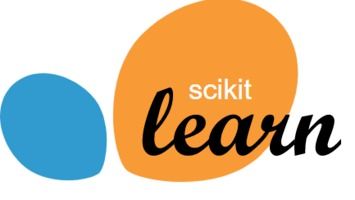 Designed by David Cournapeau as a Google Summer of Code project in 2007, Scikit-learn or sklearn is a popular Python machine learning library that contains tools to help train different models. It has a large variety of inbuilt models that can carry out classification, regression, and clustering techniques.

Sklearn is designed primarily for prediction analytics. After data is cleaned and processed, it is separated into a training set and a test set. The training set is used to train the model using its algorithm and is then evaluated on how it performs on the test data. With this, millions of Python and machine learning models are designed. 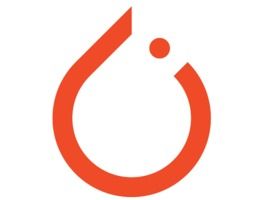 PyTorch is among the most popular libraries. It was created in 2016 by Meta AI with the team consisting of Adam Paszke, Sam Gross, Soumith Chintala, Gregory Chanan, and others.

It is mainly applied for deep learning purposes as it is easy to use and test model prototypes before deployment with the help of tensors - arrays of data accelerated or increased in speed by the GPU.

In short form, it is normally imported as tf.

Keras is a deep learning library integrated with the TensorFlow library. It was designed by Google engineer, Francois Chollet, in 2015. It was built specifically for training deep learning models using neural networks.

Keras is a widely used package and works with the TensorFlow library to build efficient models. It makes model development smoother and faster using its API. 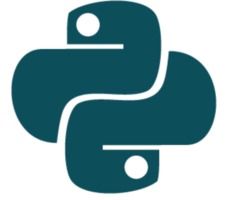 NLTK (Natural Language Toolkit) was designed by Steven Bird, Edward Loper, and others in 2001. It is a package to train computers to learn a natural human language like English. It is used to create chatbots, sentiment analysis models, etc., which gives a computer the ability to process and understand human language.

NLTK provides libraries to remove stop words and punctuations, then converts a sequence of words into arrays so that it can be understood by the computer. Once done, it follows and learns a regular pattern that yields a classification model and makes predictions accurately. It is widely used in automation systems and customer care to assist people and collect data. 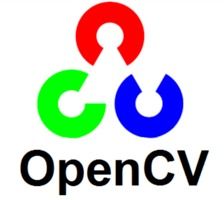 OpenCV or Open Source Computer Vision Library is another popular machine learning library. It specializes in giving computers the ability to recognize images, segment them, and use them for commercial purposes.

The computer converts images into an array of a given size using the RGB scheme and learns from multiple images to correctly identify a given image. This way, it learns and groups each of these arrays into classes given as the data. It uses neural networks to create a pattern in them which makes it possible to use the computer's camera to analyze objects and correctly scan and identify what or who they are.

The Python machine learning libraries listed here are some of the most useful that are used to process data, clean it, derive insights from it, and build recognizable models to help in business, commerce, medicine, and other industries. Today, machine learning is a high-grossing field in the technology industry, especially with the development of upcoming libraries to build and automate more models. Try these top 10 choices and see how positively they impact your machine learning projects.

Programming can seem intimidating. The codes and the sheer number of languages can understandably be a turn-off for some...

What is a Python library?

A Python library refers to the collection of related modules or bundles of codes that can be utilized in various programs.

What is the best Python library for machine learning?

Scikit-learn (built on NumPy and SciPy) is the best Python machine learning library.

How do Python libraries work?

The collection of codes in the Python library can be reused which eliminates the need to write the code again for a program. To do so, the library is linked with the program. When we run the program, the linker automatically searches the library, extracts its functionalities, and interprets the program accordingly.