What is Ruby? The Shining Gem of Modern Programming 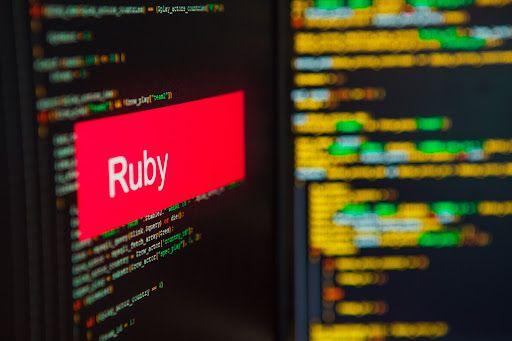 In this article, we will be discussing Ruby, its features, applications, and whether or not you should use it. This will help you land the best Ruby developer jobs. So, let us dive in, to learn more about this shining gem of modern programming, Ruby.

A scripting language, unlike C and C++, does not communicate directly with the hardware. It's written to a text file, then an interpreter processes it and converts it to code. The majority of these programs are procedural in nature, which means they are read from top to bottom.

Object-oriented programming languages, on the other hand, separate code into objects that may be generated and used as needed. These objects can be reused in other areas of the program or even in different apps.

Why should you use Ruby?

Ruby is a programming language that is intended to increase programmer efficiency while still being enjoyable. Ruby is popular among programmers because it is high-level and has straightforward syntax. Due to Ruby's high level and abstract nature, it is a simple language to learn and apply.

While many low-level languages need hundreds of lines of code to do even the simplest task, Ruby allows you to create your first cloud application in only a few hours. It's also an excellent alternative for swiftly developing apps, and it outperforms Python when it comes to web development.

Therefore using Ruby, you'll be able to focus on finding a solution to your problem since you'll be writing less code. Ruby is a completely pure object-oriented programming language. Every value is a distinct object. A class is assigned to each object, and each class has a superclass. Each code has its own set of characteristics and actions. Ruby has been influenced by the Smalltalk programming language. The rules that apply to objects apply to all of Ruby.

There are about 42 keywords in Ruby that can't be used for anything else this also includes the naming of classes and variables. Therefore, keywords are also known as reserved words.

Some of the keywords include:

Ruby is very particular when it comes to cases, i.e, uppercase and lowercase letters are treated as entirely different from one another. Therefore, Ruby is a case-sensitive language.

In Ruby, a constant is similar to a variable, except that its value is expected to remain constant throughout the program. The Ruby interpreter does not enforce constant consistency, although it does send a warning if a program modifies a constant's value. Constants have the same lexical structure as local variables, with the exception that they start with a capital letter.

What is Ruby on Rails?

Ruby on Rails is an open-source framework for writing web applications that are built on top of Ruby by providing Ruby developers with a faster, more efficient way to write code. It is essentially a collection of code libraries that provide a ready-to-use solution for common website chores like creating tables, forms, and menus. It is technically described as a RubyGem package library that can be installed using the operating system's command-line interface.

In order to create web programs that run on a web server, it integrates Ruby with JavaScript, HTML, and CSS. Since Ruby on Rails operates directly on the web server, it is considered a back-end or server-side web application development platform.

In the next section, let me walk you through a comparison between Ruby and Ruby on Rails. This will help you crack Ruby on Rails developer job interviews. Ruby vs Ruby on Rails

Ruby is an object-oriented general-purpose programming language that is free to use, and Ruby on Rails is a free web development framework.

What are the applications of Ruby?

Similarities between Ruby and Python

Differences between Ruby and Python

What is Ruby? An open-source programming language that has been major strides in the coding space since its inception about three decades ago. Ruby is still popular among programmers because it is high-level and has straightforward syntax. While many low-level languages need hundreds of lines of code to do even the simplest task, Ruby allows you to create your first cloud application in only a few hours.

Now, you know what exactly Ruby is and how versatile and useful it is for your web development career. A shining gem, among the giants of modern programming languages, Ruby is something exceptional. A simple scripting language that originated almost three decades ago, is still going strong and stronger than ever, with its applications ranging far and wide.

Should you learn to use Ruby? Probably, yes. Should you use Ruby? Definitely, yes. Click here to get started!

What are the Ruby versions?

Since its inception, Ruby has had 14 released versions:

Absolutely. Ruby is still a Top 20 language on all ranking indices. Ruby was chosen by 8.4% of respondents at StackOverflow Developer Survey for “Most Popular” technology.

What is Ruby JIT?

Ruby JIT allows an interpreted language such as Ruby to optimize frequently run methods so they run faster for future calls.