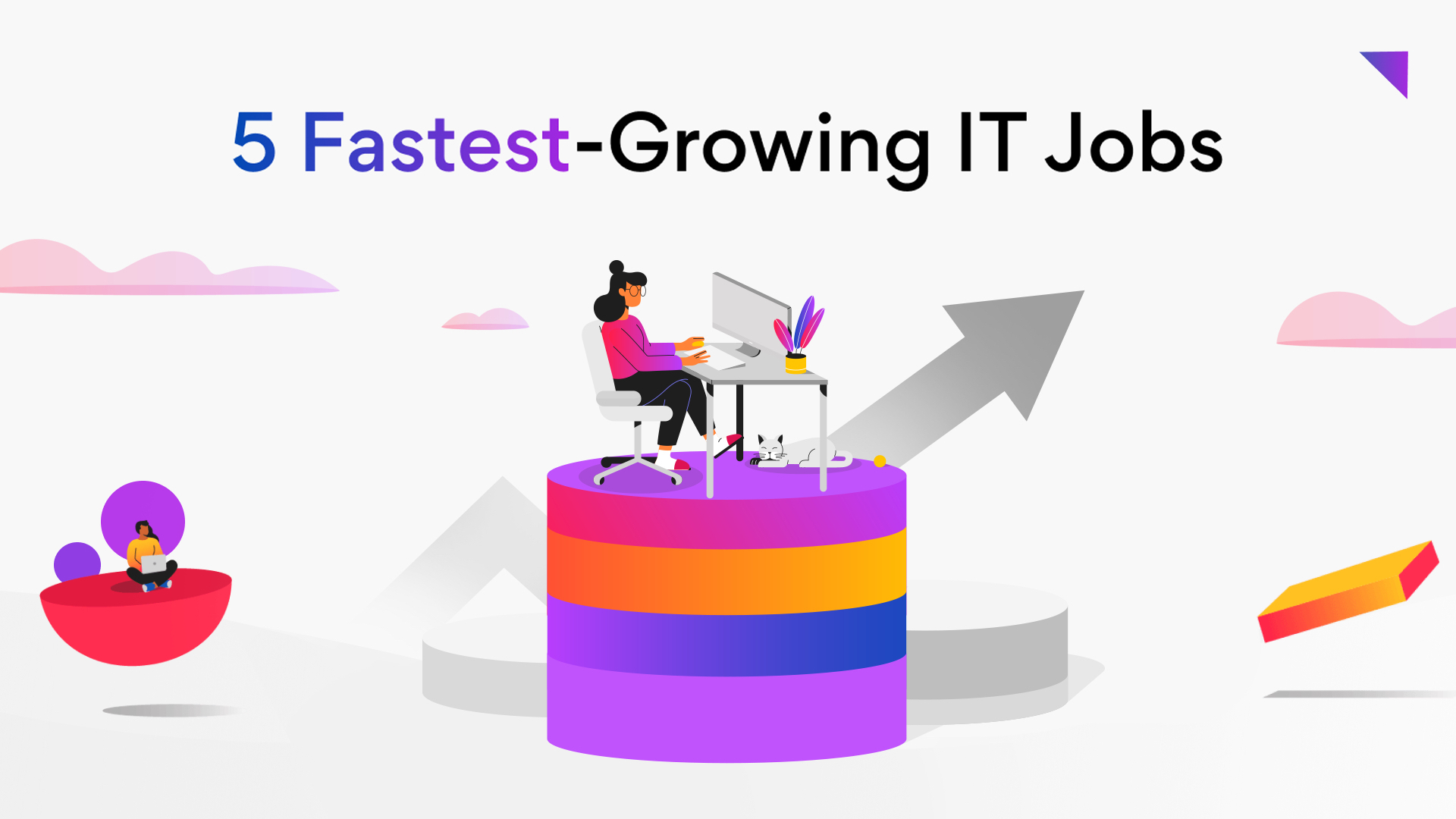 Five Fastest Growing Jobs in 2023 in The IT Industry

In 2023 the global developer count will reach 27.7 million, making software development one of the highest-paid and fastest growing jobs in the IT industry.

So, if you’re contemplating changing careers in the same domain or embarking on a new career path entirely, you’ve come to the right place.

Here’s a list of the five fastest growing jobs to look out for in 2023.

Data scientists are in high demand, with a 29 percent year-over-year growth and a 344 percent increase since 2013. As a result, data science offers one of the highest-paying and fastest growing jobs across most businesses and sectors.

Data scientists use their technical and analytical skills to identify patterns, handle data, and draw valuable conclusions. They recognize the right solutions by combining theoretical and industry knowledge, contextual insights, and skepticism of established assumptions. Some of the data scientist skills include:

Related post: Node.JS vs. Python: What Should You Choose? 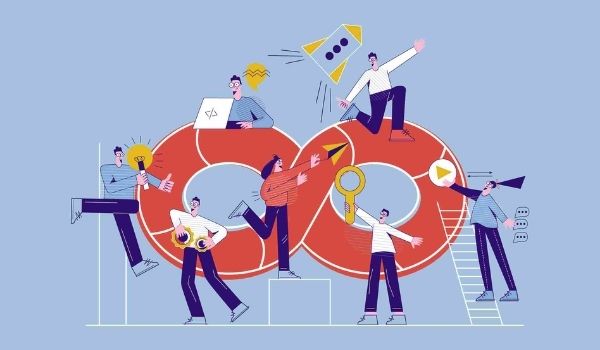 According to a recent  DevOps Skills Report, today’s use of DevOps is 74 percent, with enterprise-wide adoption at 24 percent and project adoption at 42 percent.
DevOps engineer was named one of the most-recruited roles on LinkedIn in 2018. In addition, 51 percent of the DevOps Skills Report respondents said they had recently employed or planned to hire DevOps engineers in 2023.

DevOps engineers oversee the coding, scripting, and development processes. They are also in charge of the software development team involved in the deployment and network operations. Some of the DevOps engineer skills include:

3. Cloud architect
According to a report published by Indeed, the number of cloud computing jobs per million increased by 42 percent from March 2018 to March 2021.
Meanwhile, according to a CompTIA survey, 46 percent of IT professionals believe the skills gap in the IT industry is widening, with cloud infrastructure and cloud applications architects being among the most sought-after talents.

4. Full-stack developer
According to the United States Bureau of Labor Statistics, there will be 8.53 million open Full Stack Developer job positions by 2024, making it one of the fastest growing jobs in the coming years.

A full-stack developer is in charge of developing and building APIs using MEAN stack technologies and is proficient in front-end and back-end programming.
They ensure that the applications are responsive and meet the appropriate standards, and the programming code is clean and secure. Some of the full-stack developer skills include:

Related post: Five Popular Web Development Frameworks to Watch Out for in 2022 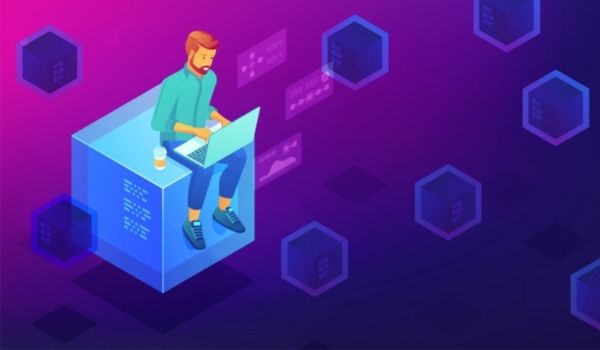 By 2023, projections indicate the global spending on blockchain solutions will exceed $15.9 billion, meaning that blockchain specialists would be in high demand across industries and geographies.
A blockchain engineer develops and implements blockchain-based architecture and solutions.

Why are these the fastest growing jobs of 2023?

These are the fastest growing jobs of 2023 in IT because they pay well, have good growth prospects, and have high job satisfaction scores.

Additionally, IT professionals who helped organizations process and analyze data, digitize and innovate their products, and ensure businesses remain efficient, profitable, and secure during the pandemic saw the most significant salary increase.

The developer job market is evolving, and AI-driven jobs are growing everywhere. If you also wish to earn better than the market average as a software developer, visit Turing.com and apply for the best jobs in 2023 in top US companies. You can pick from popular programming languages like React, Node, Python, Angular, Swift, React Native, Android, Java, Rails, Golang, DevOps, ML, Data Engineers, and more. 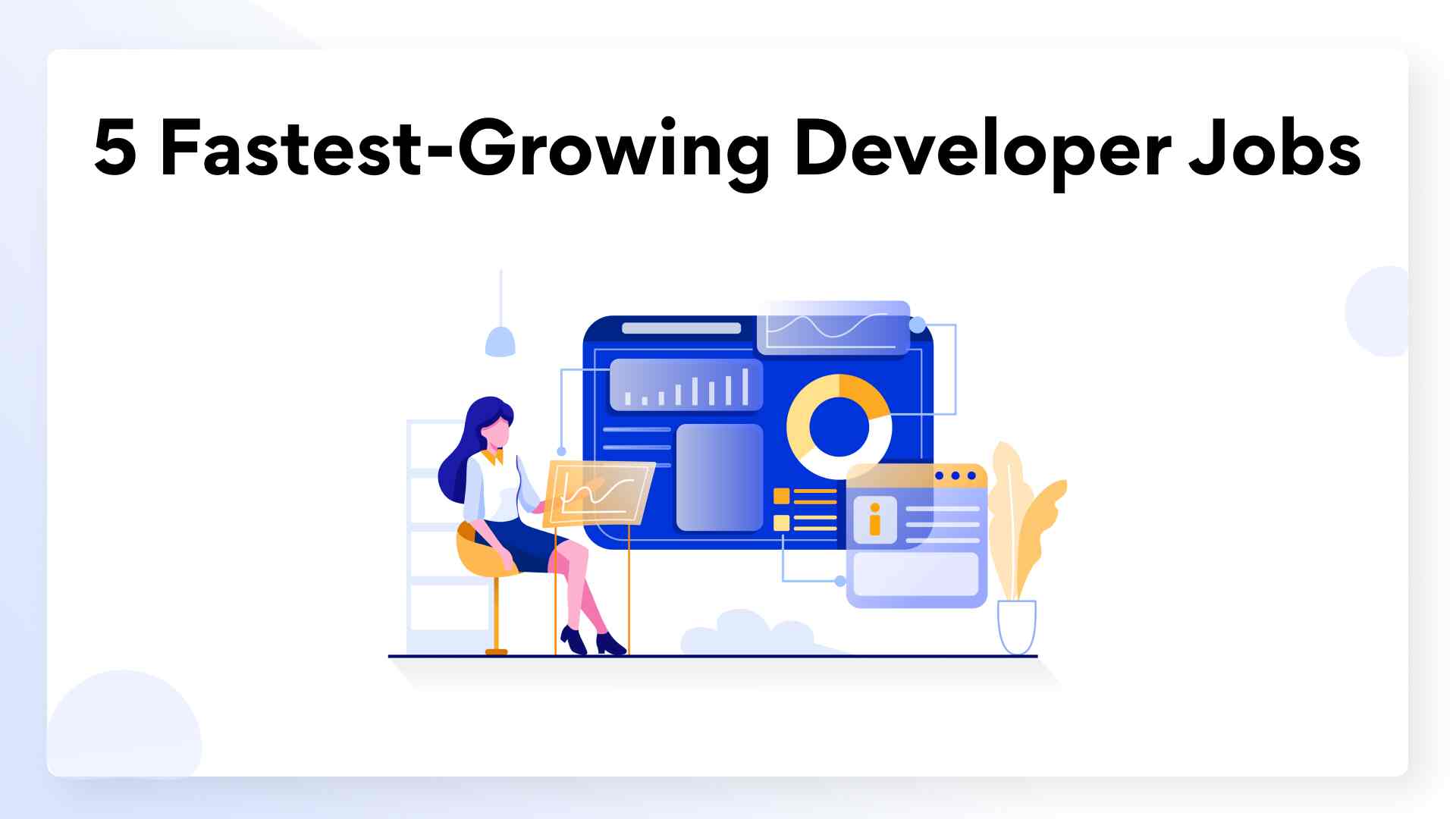 Article Name
5 Fastest Growing Jobs in 2023 in the IT Industry
Description
Are you looking for IT jobs that pay well, have good growth prospects, and have high satisfaction? Well, here are the 5 fastest-growing jobs in the IT industry.
Author
Ankit Sahu
Ankit Sahu
Ankit is a writer and editor who has contributed his expertise to Govt of India, Reebok, Abbott, TimesPro, Chitale Bandhu, InsideAIML, Kolte Patil Dev., etc.
Related Blog Posts
Comments