What is Apache Maven | A Build Automation Tool for Java 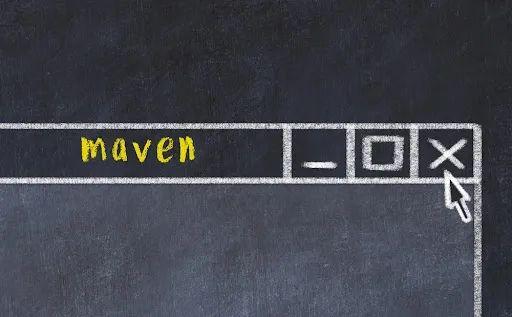 Maven is used for a wide range of projects in the modern software industry. A majority of developers around the world aim to master the language to not just find secure top opportunities but also develop, manage, and maintain a wide variety of Java-based projects in the enterprise domain. It significantly extends the development capabilities of professionals by improving the core abilities of building business applications.

Maven is controlled via the Project Object Model file (POM). We often need to deal with multiple dependencies when working with Java frameworks. Before Maven, dependencies that were nothing, but JAR (Java ARchive) files had to be manually added to our framework. You will also need to manage the software upgrade within your project. Mastering the management tool can significantly help to scale career opportunities and secure top developer jobs.

So, let’s get started!

What is Maven in Java?

Maven is a project and build management tool. It is most commonly used in Java-based frameworks. Apache Software Foundation developed it. Maven is a Yiddish word that means "gatherer of information".

Maven automatically downloads project JARs, libraries, and other files. In the pom.xml file, only information about the version of the software and the type of dependencies must be included. Maven can manage projects in Ruby, C#, and other languages. It is responsible for building projects, their dependencies, and documenting them.

ANT (Another Neat Tool), another tool created by Apache Software Foundation, is used to build and deploy projects. Maven, however, is much more potent than ANT. Maven, like ANT, has simplified the process of building. Maven, therefore, has simplified the lives of developers.

What are the core concepts in Maven?

Build Plug-ins: Maven can be described as a plug-in execution system. These plug-ins can be used to accomplish a specific task. A plug-in can be added to the pom.xml file. Maven provides a variety of plug-ins that you can use. You can also create your own plug-ins in Java.

Build Profiles: If you want to build your project in multiple ways. You can customize your build for different environments, such as production and development. There are three types: Global, Per profile, and Per user.

Maven reads through the pom.xml and then executes the goal.

You will need these elements to create a simple pom.xml:

project: This is the root element of the pom.xml file.

groupId: It is the sub-element of the project. It defines the id for the project group.

modelVersion: It is the sub-element of the project. It defines the model version.

artifactId: It is the sub-element of the project. It defines the ID for the project. Artifacts can be either produced or utilized by a project. Examples of artifacts include JARs, binary and source distributions, and WARs.

version: It is the sub-element of the project. It defines the version of the artifact under a given group.

A code example of a pom.xml file is shown below:

scope: It specifies the scope of the Maven project.

packaging: It specifies the packaging type such as jar, war, etc.

url: It defines the URL of the project.

name: It specifies the name of the project.

dependency: specifies a dependency. It is used within dependencies.

A code example of a pom.xml file with additional elements: A repository is a directory on your machine. The project's jars, the plug-ins, or other materials related to the project are stored here.

Maven Repository can be of three types:

If the dependencies aren't discovered in one of the three repositories, the user is informed with an error message, and the process ceases.

The default maven local repository is the user_home/m2 directory.

The default path can be modified in settings.xml.

Apache Maven group developed the central repository, and it is hosted on the web.

Like the local repository, the path of the central repository can be modified in setting.xml.

How can Maven help in the development process?

Maven makes it easier to create a Java-based project when you work as a Java developer. Maven configuration allows easy access to any new feature that has been created or added to the project. This increases project performance and speeds up the building process. Maven's main feature is the ability to automatically download project dependencies libraries.

Here are some examples of popular IDEs that support development with Maven Framework.

How to install Maven?

Maven is a Java project; therefore, you'll need a JDK installed on your machine before installing it.

Once you have installed the Java development environment, you can start installing Maven in a couple of steps: Download the most recent Maven release.

Download and save the apache.maven.zip document to a suitable location.

Add a MAVEN_HOME system variable, and then point it to the Maven folder.

Now you will have access to mvn commands. Start a new command prompt, and type mvn –version to verify successful installation.

Maven is a management and automation tool. Maven, a well-known open-source build tool for enterprise Java projects, is specifically designed to take most of the effort out of the building process.

Maven utilizes a declarative style of approach which means that the project's structure and content are described instead of the task-based approach employed in Ant. This makes it easier to enforce corporate-wide standardization of development and decreases the amount of time required to create as well as maintain the build scripts.

When you employ Maven and create an established project object model, Maven can then apply cross-cutting logic using a set of shared plug-ins. If you have multi-team development environments, Maven can set up the process to function according to guidelines briefly.

Since most settings for projects are straightforward and reusable, Maven makes the developer's life easier when it comes to making documents, checking, and testing automation configurations.

What is Apache Maven used for?

Maven is a software project management tool used for understanding the development status and devising necessary strategies. It is also used for making informed decisions for faster development without compromising on quality. Maven makes the entire development process simpler by offering a uniform build system.

Why Maven is used in testing?

Developers prefer to use Maven in the testing phase as it can easily handle entire lifecycles of different types of projects. The tool makes it easy to stay informed about code generation, compilation, testing, validation, packaging, and various other variables. One of the primary advantages is its ability to track progress in phases rather than tasks, making the process a lot simple for the team.

What is POM in Maven?

POM or Project Management Model is the fundamental unit of work in Maven. Developers can access the POM as an XML file containing detailed information about the projects along with the configuration being used.