The world of the internet is constantly evolving. Therefore, it has become increasingly challenging to respond to trends. However, this is exactly what the industry's biggest brands are doing. And in this ever-changing age of the internet, one trend has made its mark in the vast world of technologies: React apps with ReactJS.

ReactJS holds plenty of promise. Like NodeJS and a slew of other JavaScript frameworks/tools, React has grown in popularity among developers as there are a slew of resources that make the most of its technical benefits. ReactJS applications are the perfect example. This article will highlight the most outstanding ones.

ReactJS is a JavaScript library that allows you to build and create user interfaces. It is frequently misunderstood as a language. ReactJS vendors can construct huge web apps that employ data that changes over time without reloading the page. Its primary purpose is to be quick, easy, and scalable. ReactJS processes the user interface in apps as it is a JavaScript runtime. A simple, fast, and contemporary method to run code on your PC. 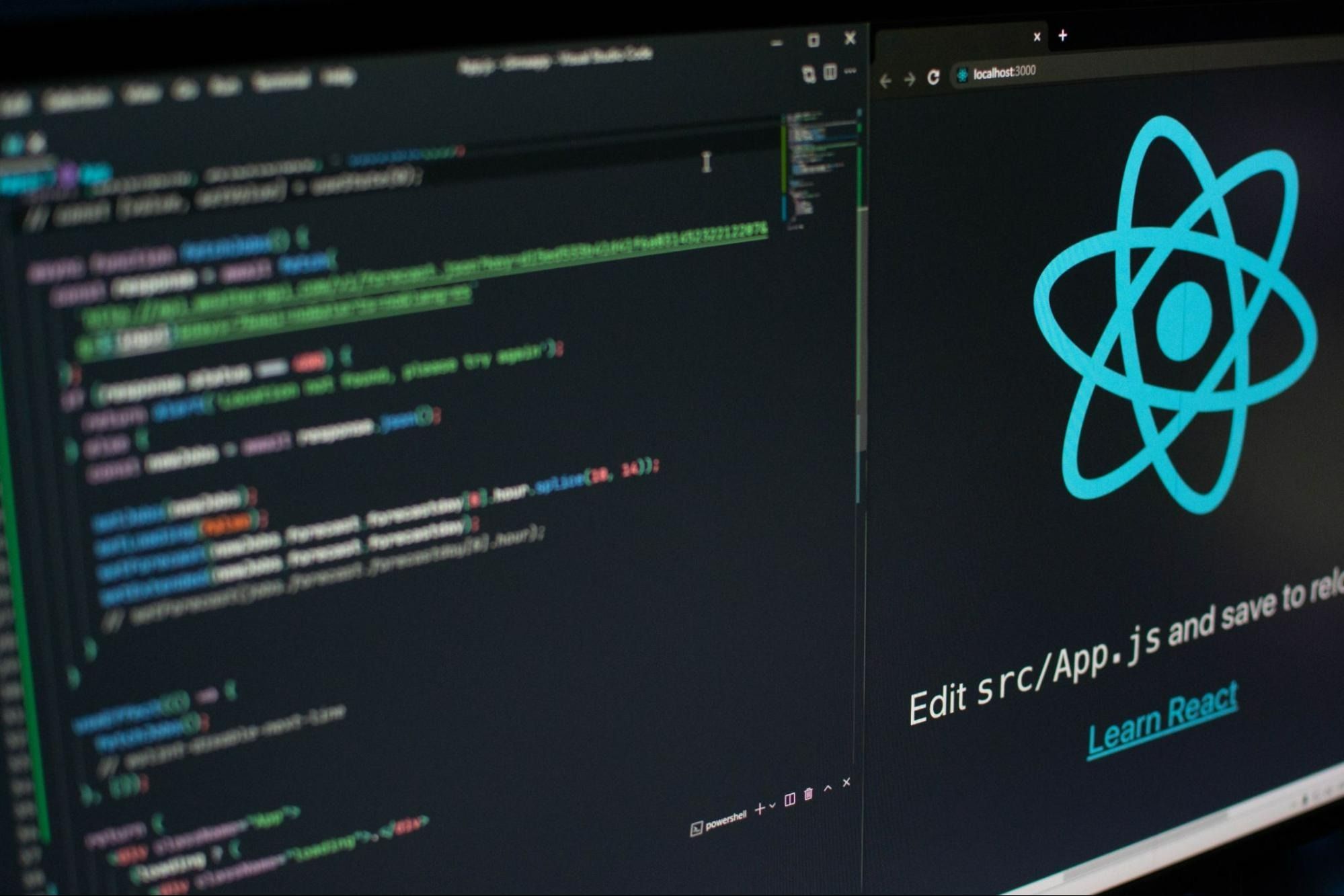 Why do companies use apps made with React Native? 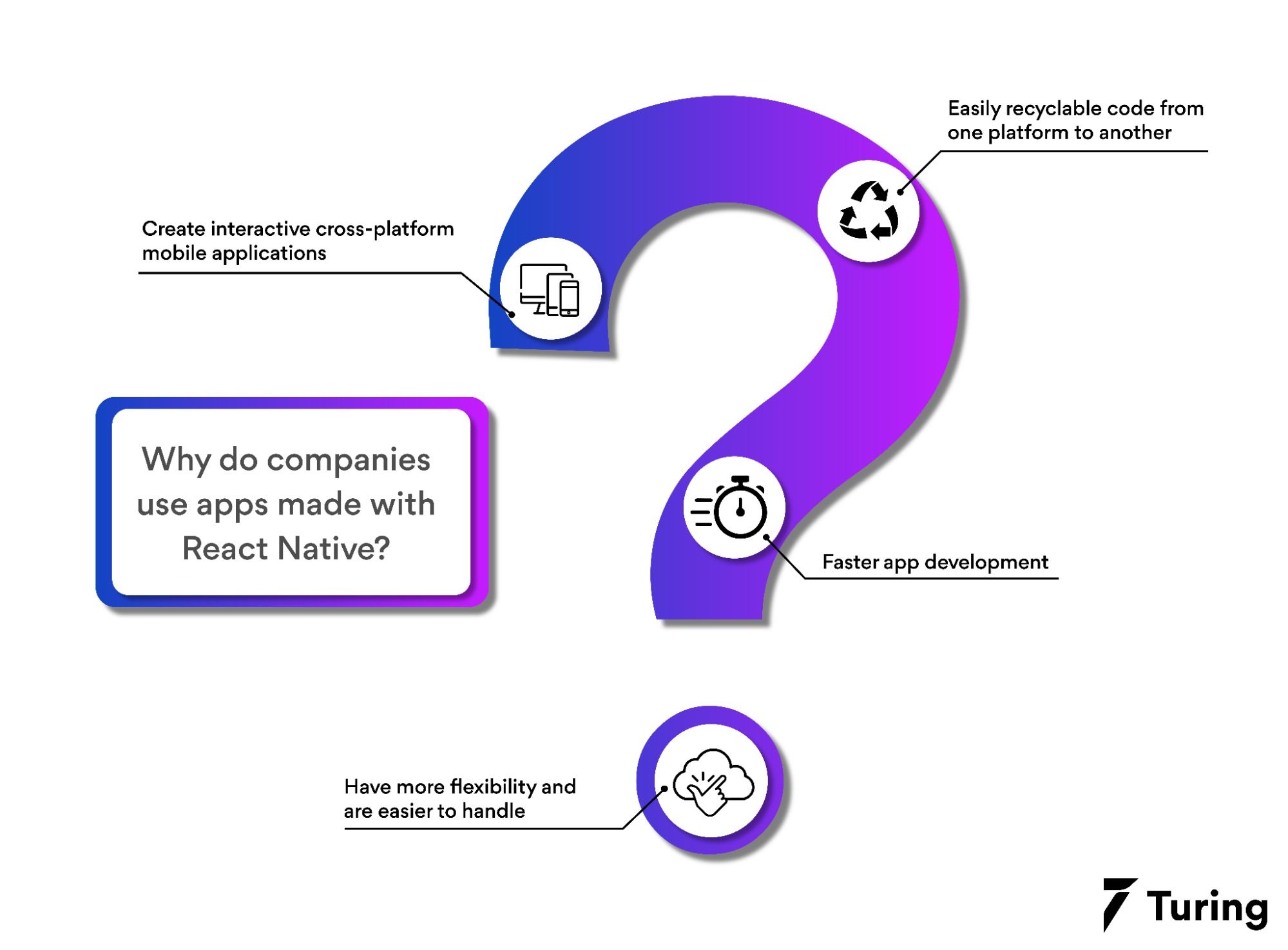 When designing apps for many platforms in React Native, most of the code is easily recyclable from one platform to another. This saves a lot of time in app development and helps companies launch the app sooner rather than later. Apps made with React Native, naturally, have more flexibility and are easier to handle. This is one of the many reasons why companies are now creating more interactive cross-platform mobile applications with React Native. 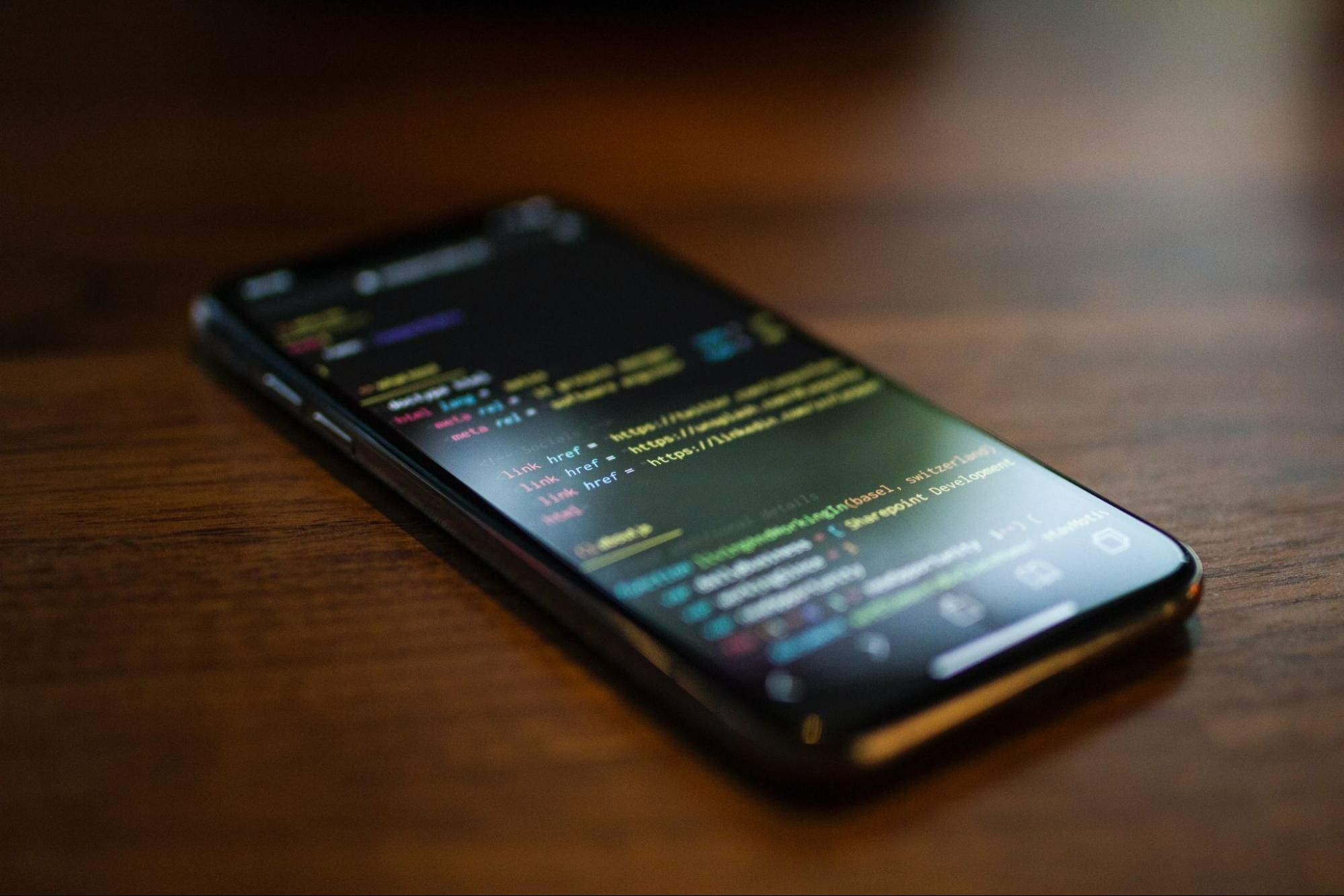 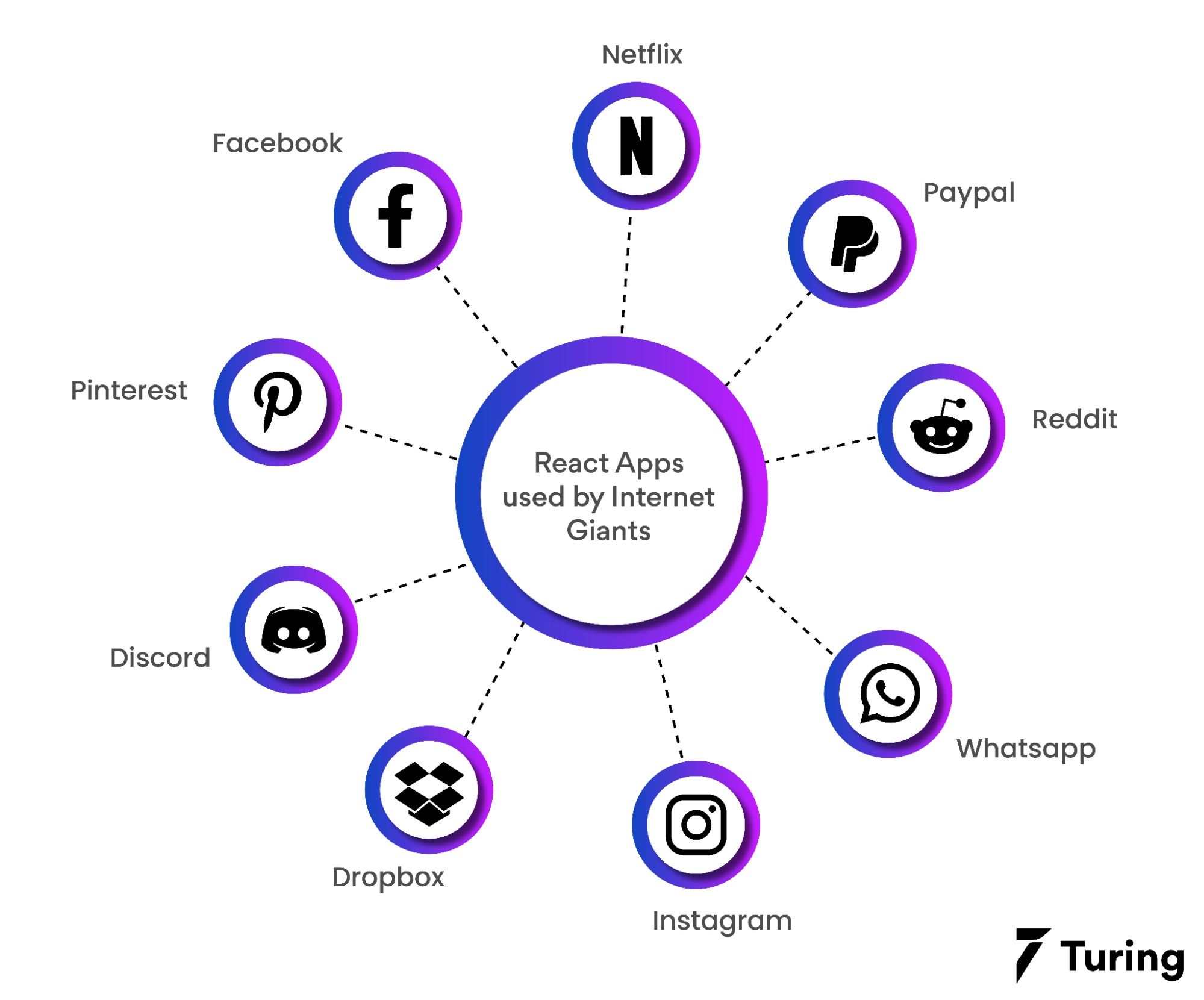 Facebook’s website uses ReactJS as an integrated script in the application code. The mobile app is created with React Native, which is a framework of ReactJS and is responsible for displaying native iOS and Android components rather than DOM elements.

It’s worth noting that the ReactJS library was born on Facebook, which is why it's only natural for the app to utilize it. React Fiber, Facebook's redesigned ReactJS, is now available in beta.

ReactJS also works with Netflix, notably on its Gibbon platform, which replaces the DOM in web browsers for low-performance TV sets. Netflix has even written an official blog post describing how the ReactJS library aids the streaming application’s startup speed, runtime performance, modularity, and other benefits.

PayPal is another company that uses ReactJS to improve the customer experience with its payment method. It has incorporated ReactJS so that the app now works on mobile devices.

Reddit is a social news website created using React. Users can submit information on a certain topic that they want to share and people can upvote or downvote on said topic, as well as conduct discussions about it.

Reddit is a React-enabled platform. To make content sharing easier, it employs the ReactJS application which allows users to quickly add material.

Like the Facebook online experience discussed above, the all-new WhatsApp Web app has also been employing React as of late.

Instagram makes extensive use of ReactJS. Numerous features, such as Google Maps APIs, geolocations, search engine accuracy, and tags that appear without hashtags, are examples of this. It's all there in the app's API and it's rather stunning!

Instagram is built entirely as a React app, allowing users to fully adapt to its incredible capabilities.

Dropbox has been utilizing ReactJS for a long time. It switched to the library because of the benefits like smaller file sizes and faster reloading speeds which make the application more user-friendly.

ReactJS also offers online backup solutions and cloud-based storage that has prompted several businesses, such as Dropbox, to switch to it.

Discord is a platform that allows gamers to connect with one another while playing through photos, messages, or videos. All of this is made possible by React apps. In fact, the ReactJS library is used for 98% of the code so that Discord can deliver a better communication experience to its players who use other apps to play its games. The app is also incredibly user-friendly on any Android or iOS device, thanks to the React library

Airbnb incorporates React throughout its website to make the search function and communication easier. Indeed, Airbnb's research team assigned more than 60 devs to work on and construct its React-based software. They repurpose the ReactJS code to adjust it as needed.

Pinterest is a React app-based website that offers picture-sharing and social networking services to help people find new content and preserve it. Users have access to all material stored in their pinboards, whether it’s in the form of GIFs, photographs, or videos. All this is possible since the app is built with React.

It’s become imperative for businesses to develop top-tier apps to increase client retention. This is one of the main reasons big companies are switching to creating React apps or implementing React in their already functional applications and websites. This landmark shift is due to the incredible benefits that React has to offer. Although framework upgrades cost time and money, investing in building React apps is well worth it as they provide the best possible user experience - whether on the web or in a mobile app.

Can React Native be used for web apps?

No, React Native cannot be used for a web application. It includes components that are similar to native Android and iOS elements. They will not be utilized on a website; instead, we need to redo screens for the same.

Which is better: ReactJS or React Native for mobile apps development?

React Native is the best option overall when it comes to mobile application development as it gives a smoother UI experience and a native feel.

Can I make iOS apps with React?

Yes, you can create iOS apps with React. React Native allows you to develop JavaScript apps for Android and iOS. Make sure you have Xcode installed on your system before installing the React Native client. This is where you will write the native iOS code that React Native will use.