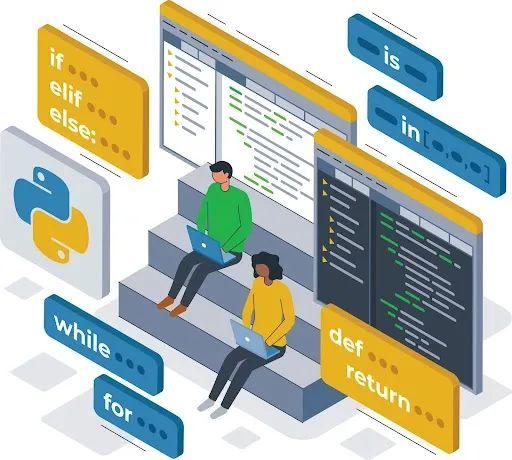 Images define the world; each image tells a narrative and includes a wealth of information that may be applied in various ways. The technology known as Python Image Processing can be used to obtain this information. It is an important component of computer vision that is used in numerous real-world applications like robots, self-driving automobiles, and object detection. Image processing allows us to change and manipulate millions of photos at once, extracting valuable information. It has numerous uses in nearly every field. Its fantastic libraries and tools aid in the efficient completion of Python image processing tasks.

What is image processing?

Image processing, as the name implies, entails processing an image using a variety of approaches to get the desired result out of an image. The final output can be an image or a specific characteristic of that image. This information can be used for further investigation and decision-making.

But, exactly, what is an image?

An image is represented by a collection of scalars arranged in a grid with a height and width called pixels. A single scalar represented in a grid point is called a greyscale while a three-dimensional scalar is called an RGB image. What is the need for Python image processing?

"Why do I need to know how to modify an image using Python when I can do the same in a more attractive way with Photoshop — and numerous online tools?" you might wonder. The answer is straightforward: if you're working on a project that requires you to provide an image in a specified format, you should choose the method that includes code. In order to achieve effective outcomes in Computer Vision applications, you must also alter images. Let's look at some tools to learn now that you realize it's required.

There is an excellent open-source Python image processing library called Scikit-Image. Almost any computer imaging task can benefit from it. It is one of the most basic and easy libraries available. Cython is used in some parts of this library (It is a superset of Python programming language designed to make Python faster than C language). Segmentation, color space modification, geometric transformation, filtering, morphology, feature recognition, and other methods are among the many available. Numpy arrays are used as picture objects in Scikit Image. Let's look at how we can use the scikit picture to do active contour operations.

Active contour modeling is a process where we fit open or closed splines to edges or lines in images. It works by minimizing the energy that is a part of an image. Two examples where the active contour is used :

You may also use this Python image library to perform simple picture manipulations including flipping photos, extracting characteristics, and analyzing them. Numpy multi-dimensional arrays can be used to represent images, hence their type is NdArrays. A color image is a three-dimensional NumPy array. The RGB channels can be separated by slicing the multi-dimensional array. The following are some of the operations that may be performed on the image using NumPy (the image is loaded into a variable named test_img using imread).

SciPy is usually used for mathematical and scientific computations, although the submodule scipy.ndimage can be used for simple image modification and processing applications. Images are multidimensional arrays at their core, and SciPy provides a collection of functions for doing n-dimensional Numpy operations. Face detection, convolution, image segmentation, reading images, feature extraction, and many other Python image processing techniques are available in SciPy. Along with this, you filter photographs and draw contour lines on them.

Below is an example of blurring an image with Scipy:

PIL (Python Imaging Library) is a free Python image library that adds support for viewing, manipulating, and saving various image file types to the Python programming language. Its development has slowed, with the most recent release in 2009. Pillow, a fork of PIL that is being maintained, is easy to install, operates on all major operating systems, and supports Python 3. Basic Python image processing capability is included in the package, such as point operations, filtering using built-in convolution kernels, and color space conversions.

Open Source Computer Vision Library (OpenCV) contains more than 2000 optimized computer vision and machine learning algorithms. Opencv can be used in Python image processing in a variety of ways, some of which are given below:

We are going to see how we can rotate an Egyptian Pyramid using one of the OpenCV image geometric transformations :

SimpleCV is an open-source platform for developing computer vision apps. It gives you access to a number of powerful computer vision libraries, like OpenCV, without requiring you to learn about bit depths, file formats, color schemes, and so on. The learning curve is far lower than OpenCV's, and as their motto states, "computer vision made simple." SimpleCV has the following advantages: Simple machine vision tests can be written by even inexperienced programmers. Interoperable cameras, video files, pictures, and video streams

Mahotas is a module for computer vision and Python image processing. It includes classic Python image processing techniques like filtering and morphological operations, as well as more recent computer vision capabilities like interest point recognition and local descriptors for feature computation. The interface is written in Python, which allows for quick development, but the algorithms are written in C++ and optimized for speed. Mahotas is a fast Python image library with minimal code and even fewer dependencies.

The Insight Segmentation and Registration Toolkit (ITK) is an open-source, cross-platform system that provides Python developers with comprehensive image analysis software tools. SimpleITK is a simple layer constructed on ITK to make rapid prototyping, education, and interpreting languages easier. SimpleITK is a multi-component image analysis toolkit that supports general filtering, picture segmentation, and registration. SimpleITK is built in C++ and may be used with various computer languages, including Python.

The GraphicsMagick library is wrapped with a Python wrapper called pgmagick. GraphicsMagick Python Image Processing System is the "Swiss army knife" of Python image processing. It includes a sophisticated and efficient set of tools and libraries that allow you to read, write, and manipulate images in over 88 different formats, including DPX, GIF, JPEG, JPEG-2000, PNG, PDF, PNM, and TIFF.

Pytessarct, sometimes known as Python tesseract, is a Python-based OCR program. It excels in reading and recognizing text embedded in images. It supports all image formats provided by the Leptonica and Pillow imaging libraries, including jpg, gif, tiff, BMP, png, and more.

Images and videos make up a large portion of the data gathered today. As a result, effective Python image processing for translation and information retrieval is critical for enterprises. Data scientists frequently preprocess the photos before feeding them to machine learning models to attain the required results. As a result, understanding the capabilities of various Python image processing libraries is critical for streamlining operations. Which is better for image processing, MATLAB or Python?

In contrast to MATLAB, which enables matrix manipulation, function and data visualisation, and user interface creation, Python is best suited for online programming. Python supports simulation, vibration, engineering modelling, and dynamic motion in engineering. For segmentation, extraction, and analysis of image data, MATLAB's IC toolkit for image processing makes it a superior choice. However, image processing in Python is dependent on third-party programmes. Numerous image processing techniques are available through the Numpy and Scipy libraries in Python.

Which IDE is best for image processing?
Does PIL come with Python?

It does not occur automatically. However, you can install PIL or any other packages using Python's package manager. It should be noted that with PIL, the name to install a package is not always the same as the name to import it. The PIL version to employ is referred to as a pillow.

Which is better: OpenCV or Pillow?

Simply based on the fact that OpenCV is written in C and C++ whereas PIL is written in Python and C, OpenCV appears to be faster. The extraction of data from thousands of photos requires quick processing. While there is undoubtedly a great deal of overlap (for example, OpenCV provides a good amount of image processing functionality), their scopes are very different. To put it simply, you use OpenCV when creating a robot that is attempting to "see" objects, and Pillow when you want to crop and resize images as well as possibly apply some filtering.