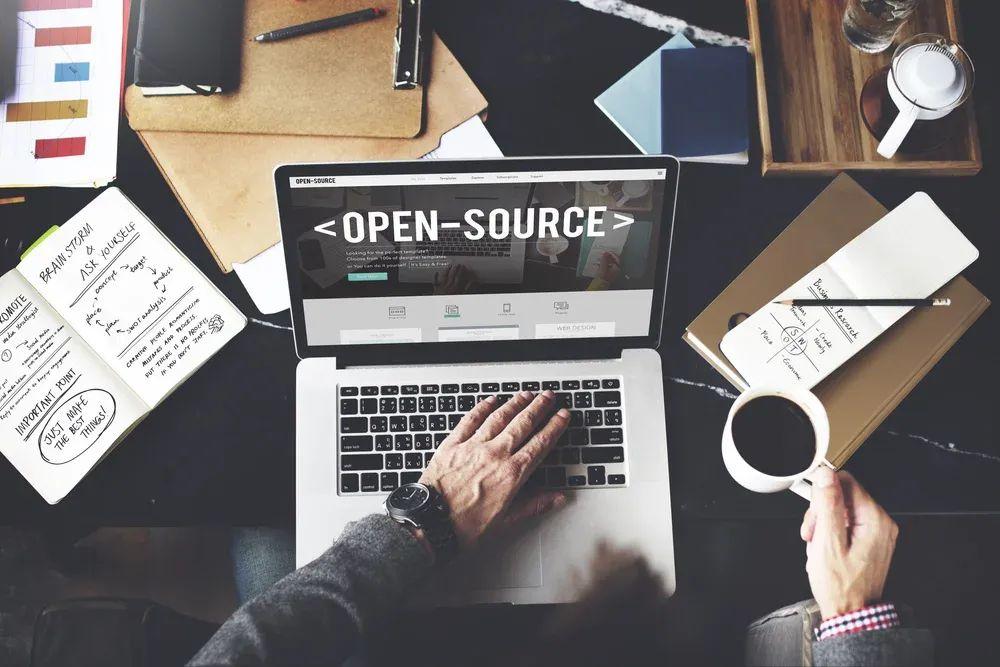 Open-source software (OSS) is released with its source code, allowing it to be used, modified, and distributed under its original license terms. Most computer users never view source code, which is the code that computer programmers edit to control how a program or application operates. Programmers with access to the source code can change a program by adding to it, altering it, or fixing errors. OSS is frequently accompanied by a license that allows programmers to tailor the software to their own requirements and decide how it is disseminated. Best open source software are the ones that are supported by a huge community of developers.

The fact that open source software is both free and secure should be enough to persuade you, but if you're still not convinced, consider the following:

15 open-source applications that you should try in 2022

Notepad++ is a text editor that replaces the Windows notepad software. It is a lot chevalier and one of the best open-source software. You can also use Notepad++ to keep track of your notes and content ideas because it immediately saves all changes and has numbered lines.

Most coders use it to write code, and use it for its capabilities, such as auto-complete depending on the current context, aid in coding. An all-in-one picture editor that is suitable for both novice and experienced users. GIMP includes everything you need, whether you want to conduct simple editing like resizing, annotating, and effects, or utilize complex painting tools. GIMP also supports almost every photo format, and plugins may be used to extend its capabilities. Is it really the best open-source software? It is one of the best for sure. 7-zip is unquestionably one of the most effective programs for managing archives and compressing data. It can be packed and unpacked in a variety of formats, and data can even be encrypted using AES-256 encryption. It also has a strong compression engine with several compression techniques. Some of the applications here may not be the best open source software for everyone but professionals can make the best use of these. Audacity is still one of the most commonly used and best open-source software two decades after its first release. It is a free audio editor that runs on Windows, Mac OS X, and Linux.

After installing this handy little software, you'll discover everything you need to record, edit, and improve sound files. Furthermore, you may use Audacity's library of third-party extensions to add any functionality that isn't available by default, owing to the program's large development community. You'll be able to do everything from adding sound effects to auto-tuning your tracks with them. Thunderbird is one of the best open-source software solutions if you want to use one email client to handle all of your email accounts. It doesn't require any setup; simply enter your email address and password, and it will take care of the rest.

Attachment reminders, handling many emails at once, advanced search, sending large files, and add-on support are just a few of the highlights. Brave is a web browser based on Google's open-source Chromium project aimed to keep your browsing behavior private by deactivating website trackers and preventing annoying adverts. It contains a built-in Tor capability for even more secure browsing.

The main benefit of using Brave is that it allows you to use many of the Google Chrome store's thousands of extensions while also providing a speedier surfing experience than a regular Chrome browser making it one of the best open-source software. Brave uses fewer resources than Google's standard Chrome package, allowing it to load pages faster. There are several excellent password managers available, but KeePass Password Safe stands out due to its ease of use and extensive feature set. It is one of the best open-source software as it uses industry-standard (and virtually unbreakable) AES encryption and two-factor authentication to safeguard your account information.

Because of its mobility, KeePass deserves to be included in our list of the finest open source platforms. You may store your database and the application on a USB stick for safekeeping, even though this open-source tool can be installed on Windows, Mac, Linux, and mobile devices. FileZilla is a free FTP client that allows you to administer server file systems from a remote location. If you operate a website, you already know how unpleasant it can be to execute FTP operations using a web client. FileZilla delivers a more consistent and pleasant FTP experience than most web hosts' default FTP software and is the best open-source software for that specific purpose.

This free FTP client has a number of sophisticated features, including huge file transfer capability, synchronized directory browsing, and filename filtering. A network configuration wizard is also included if you have any difficulties connecting to your website's server. Obviously, this list would be incomplete without discussing Linux, the most well-known open-source operating system. Since its inception in 1991, Linux has evolved into a vast family of operating systems, including desktop variations like Chrome OS and Ubuntu and server stack solutions like LAMP.

Due to the complexity of installation and the amount of tinkering with Linux computers required to function, it was previously only used by a few developers and they still think it is the best open-source software to date. However, Linux distro developers have made a concerted effort to make them more user-friendly packages in recent years. Running a virtual Linux workstation or re-partitioning your hard disc to add Linux as an additional OS is now easier than ever. VLC Media Player is a notable example of open source software that you may use for free. It is one of the best open-source software when we talk about media playback. This multimedia player plays discs, cameras, streams, devices, and video, media, and music files. The majority of users also use it to listen to podcasts.

It allows you to optimize your audio and video files for a certain hardware setup and build unique designs using a variety of extensions and skins. It also operates on a variety of platforms, including Android, Mac OS X, Linux, Windows, iOS, and others. The GNU Compiler Collection is a set of tools for developing software in C, C++, Ada, Fortran, and other programming languages.

It consistently produces high-quality releases and works with both native and cross-platform targets. The sources it provides are accessible for free via weekly snapshots and SVN. OCS Inventory NG, or Open Computer and Software Inventory Next Generation, is a lightweight online application that can assist network and system administrators in keeping track of 1) all devices connected to the network and 2) machine settings and software loaded on them.

The project's website offers a fully working demo if you wish to try it out before installing it. Furthermore, OCS Inventory NG is a strong software that uses well-known technologies such as Apache and MySQL/MariaDB.

LibreOffice is effectively a free version of Microsoft 365, the world's most popular office productivity suite, with support for documents, spreadsheets, databases, presentations, diagrams, and mathematical formulas.

Some could argue that LibreOffice is the more feature-rich of the two, given to its active developer community, always introducing new tools and techniques. LibreOffice, for example, just launched a QR code-generating feature to make it easier to produce mobile-friendly connections. LibreOffice has risen to the top due to its excellent ability to preserve Microsoft file types. You may use Ampache to create your home media center or online audio and video streaming application, which you can use from any computer with an Internet connection.

Although Ampache is intended to be a personal application, it does allow for public registration if an administrator decides to permit it. oPOS uniCenta can be the best open-source software if you operate a small or medium business as you will almost certainly require a POS system. As a result, uniCenta oPOS could save your life. It stores data in a MySQL / MariaDB database, enabling the usage of a single database with numerous active terminals simultaneously. A search panel, a price-checker application, and a tool for creating printed reports are all included in uniCenta oPOS. Open-source software are getting more and more attention. Despite the fact that the open-source community has been actively promoting the benefits of open source for years, there have never been more open-source projects in use than there are now. This article provides you with a summary of the top and most important open-source software, so you can get benefited from them.

i. What are the open-source applications?

Ans. An open-source application is a software that is released with its source code, allowing for its use, modification, and distribution under the same terms as commercial software. Programmers with access to source code can alter a program by adding to it, modifying it, or correcting broken bits. OSS usually comes with a license that allows programmers to customize the software to their own needs and decide how it is disseminated.

ii. What does open-source mean?

Ans. The term "open source" relates to something that anyone may change and share since its design is publicly available. The word was coined in the context of software development to describe a certain approach to programming.

iii. Why do we use open source?

iv. Where can I find open source projects?

This article will cover the basics of Naive Bayes algorithm, how it works, and everything you need to know about what goes on under the hood...