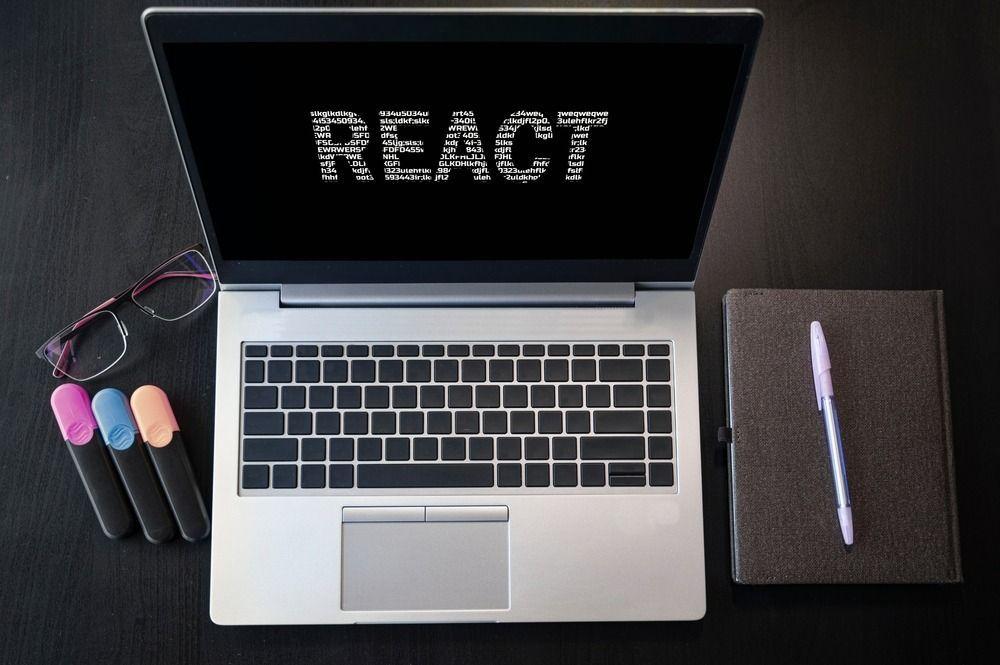 Software development is incomplete without integration testing. It is particularly important if you work with many third-party apps or APIs in your React application. You need to ensure that everything works well together and nothing breaks when you upgrade to the newest version.

Setting up the right tests for React components can be a pain. This could result in false positives and negatives if it's not done correctly. Running integration tests for your React application can be tricky as well.

Here you will get the exact steps on how to set up the project, write tests, and run them through the process of development.

Let's start by defining what is meant by an integration test and see how it is different from unit testing and functional testing.

What is integration testing?

The testing combines modules that are tested as part of unit testing. Different coders or programmers work on different software modules that make up the whole software. Integration testing checks whether all the modules are properly communicating with each other.

Integration testing is a type of software testing that verifies how individual software modules or groups of modules interact with each other. These tests ensure that the overall system works correctly in terms of interactions between software components. As soon as all the components or modules are independent of each other, we need to check the flow of data between them. And this test is conducted using integration testing.

For interactive websites, like those built with React, integration tests are a natural fit. This category test validates how a user interacts with your application without the adding overhead of an end-to-end test.

Three types of tests that are commonly get conducted:

Benefits of integration testing with React

As discussed earlier, the three most common types of tests are unit, integration, and end-to-end testing.

Among them, there are plenty of different ways to do integration tests. For example, you can test how your components work together, and you can mock certain things (such as HTTP requests), so they're not too time-consuming to write. Plus, they give a lot of confidence in your work. By starting to test your components this way, you will not need as many unit tests at the end of the day.

This is the reason you should spend your time writing integration tests. However, you can also write unit tests and end-to-end tests that are also valuable.

Integrating tests provide you with an ideal balance between confidence and effort, so it's wise to spend most of the time writing them.

The four primary integration testing methods involve big-bang testing, top-down testing, bottom-up testing, and sandwich/hybrid testing. Each method has its advantages and disadvantages and we will discuss them all in detail. 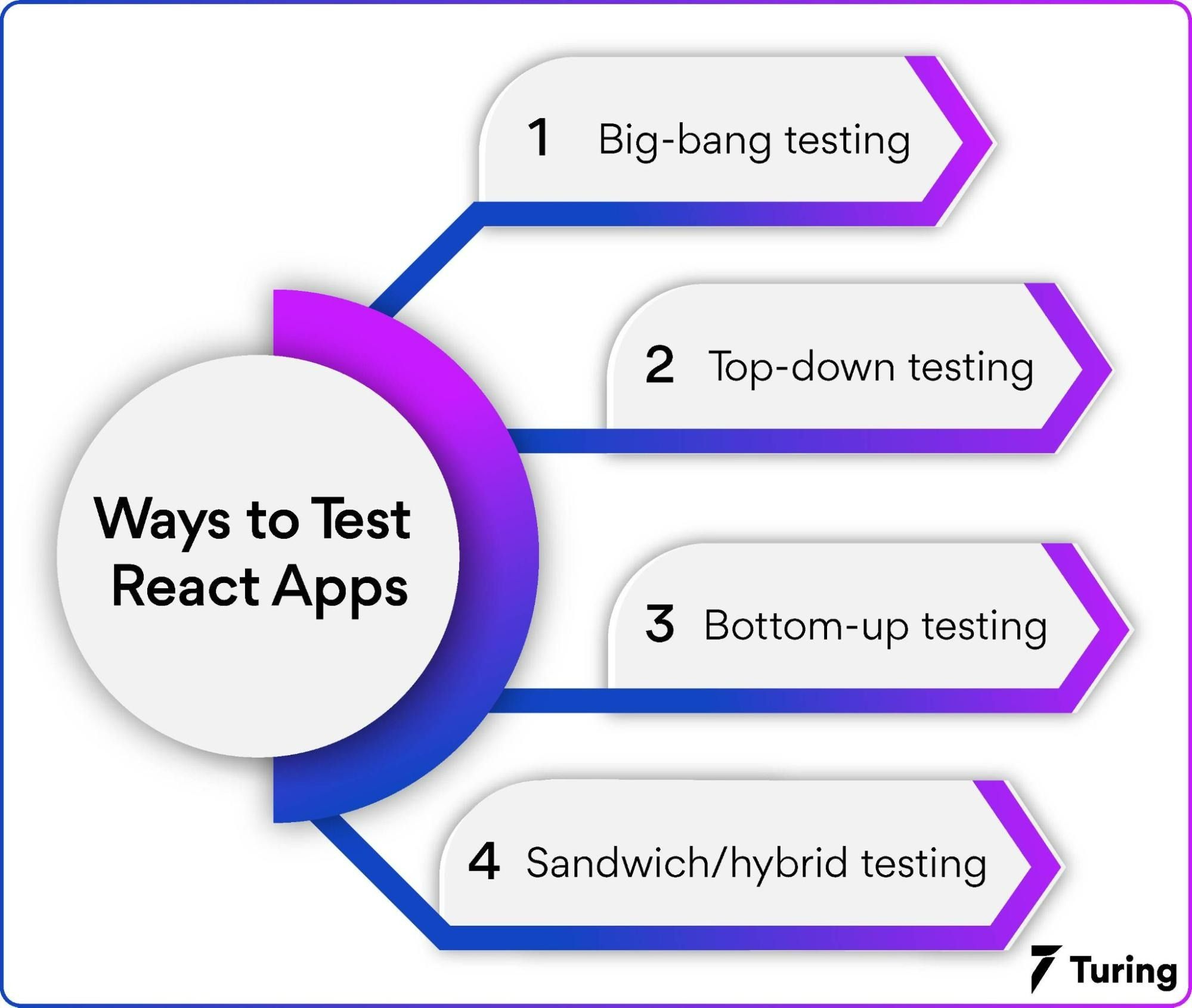 As part of the big-bang approach, all modules must be integrated together and tested as a single unit. The Big Bang Integration testing practice involves connecting all units at the same time and producing a complete system in the end.

The problem with this kind of testing strategy is that it is difficult to isolate any identified errors since interfaces between individual segments are not thoroughly tested.

Tests are performed incrementally from the topmost to the lowest level modules using the top-down approach. Testing for each component is done one by one, then the components are integrated to see how it functions as a whole.

Testing integration refers to the process of combining and testing separate modules of software into one entity. Testing integration is divided into two phases: interface and communication. integration testing is done both from top to bottom and from bottom to top approach.

Sandwich testing provides testers with both of these advantages, making the process more precise and efficient. A combination of stubs and drivers is used.

How should Integration testing be conducted?

It ensures the correctness of any JavaScript codebase by means of a testing framework. With it, you can write tests with a familiar, easy-to-use API that provides results quickly. With this well-documented, easy-to-configure framework, you can customize it to meet your requirements.

With its simplified design and powerful API for isolated tests, comparisons, mocking, test coverage, and much more, it is a framework that has been designed keeping simplicity in mind.

What is React testing library

Testing React components are made easier with React Testing Library, a JavaScript testing tool. It assures that the user interface behaves correctly by simulating user interactions on isolated components.

The React Testing Library was created by Kent C. Dodds and is extremely lightweight. This component provides light utility functions on top of react-dom and react-dom/test-utils, replacing the Enzyme component.

You can easily get started with this as it promotes good testing practices, and it is (relatively) easy to use.

Getting started with the sample application

For creating the react app, you will have to have node.js installed on your machine because we will be using npm (node package manager).

Following this step, you can create a directory containing an src folder using the following command in the terminal. All the files associated with the UI of the application will be collected in this command.

We will begin by installing the required libraries and setting up the project. A React application can be easily set up and run with the command.

It is recommended that you run the commands and write the code yourself while following the tutorial.

You can see the results in the browser by adding the following elements to the app.js file to fully understand the testing process.

In the app.js file, insert the following code for a small change to the existing React app, "This is My First React Application".

As you can see in the above image, the test suite has passed the test.

Jest and the React testing library manage component testing and unit testing respectively, but they cannot handle end-to-end testing, that is where the application must be tested to see how the components behave together.

It can be a daunting task to try to understand more advanced applications with multiple shortcomings in the way. For end-to-end testing of React-based applications, there are lots of tools available in the market that are quite helpful. Additionally, automated testing can also render better and faster results.

So, we've reached the end of our tutorial about integration testing with React. You can test everything now and you know how to do it in a way that fits into the React testing ecosystem.

Integration testing is the process in which we can test the integration between components. We can also do regression testing to check whether the changes are breaking anything or not.

It allows the developer to verify the full stack of an application. Apart from that everything works independently, integration tests are designed to examine the interactions between various parts of your development ecosystem.

Integration testing is a great way to check whether different components of your app work together as intended. In order to write integration tests, you can also use any framework. Most frameworks support testing React apps with visual representation.

1. Is Jest good for integration testing?

Jest is an open-source test framework by Facebook that gets used for integration testing. Tests can be performed using a command-line tool similar to those used in Jasmine and Mocha. Not only UI testing, but also you can test the whole tech stack with the help of this framework.

It requires zero configuration to create mock functions. In addition to that, it provides a great feature called "snapshot testing." That helps the tester to check component rendering results.

2. Which tool allows you to test React apps?

For testing a React app, there are plenty of open-source tools available in the market. However, every available tool is different from other tools. Most developers choose Jest, Enzyme, or other tools for React component testing.

You can use these tools for unit testing and integration testing. Following is the list of some popular tools that most developers along with testers prefer to use for testing purposes.

3. Which is better, Jest or Mocha?

Both Mocha and Jest are the best choice to perform all kinds of testing on React apps. Jest prefers a simple and straightforward approach for testing, while Mocha provides a few extra out-of-the-box features.

If you prefer easy testing without learning new syntax, Jest is the better choice for you. But if you want advanced features and powerful tools, you can try Mocha.

4. What is the difference between Jest and React testing library?

Jest is a test runner, so the tester prefers Jest to find tests, run the tests, and derive the test result whether it passed or failed. While React Testing Library prefers providing a virtual DOM for react component testing.

React testing allows to integrate with any other testing library, while Jest is a special tool and preferred by many developers

5. Can we use Jest without Enzymes?

Both Jest and Enzyme preferred to test the React application. Jest is flexible so you can use it with any other testing framework, but Enzyme only supports react.

You can use Jest without Enzyme, and testing can be done perfectly. But using Enzyme with Jest will add extra features to it. You can run Enzyme without Jest, but for that to work you have to use another test runner with it. In other words, Enzyme needs a test runner to perform testing

React is a JavaScript open-source library backed by Meta...

Named Entity Recognition (NER) is a subtask that extracts information to locate entities...