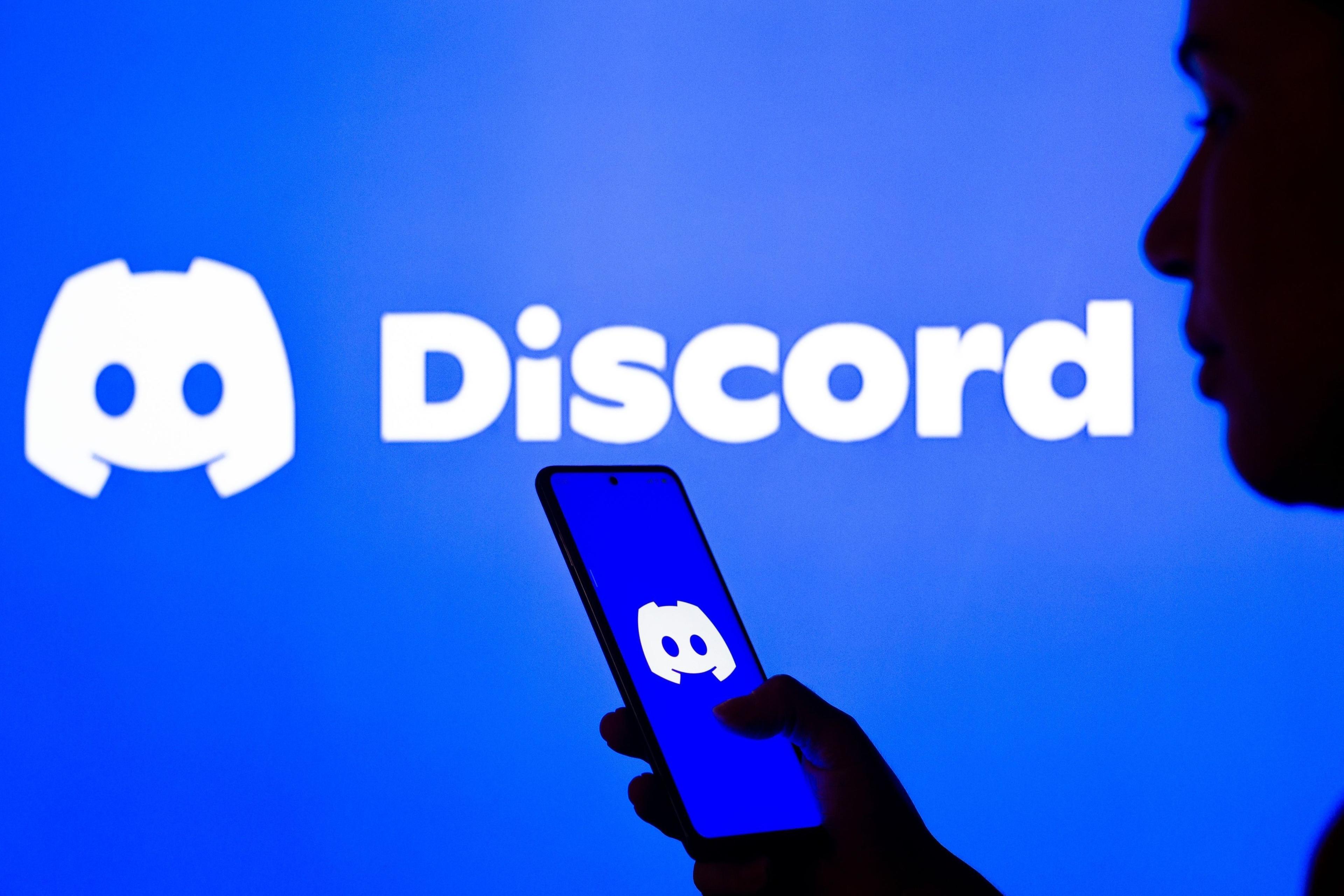 Video games are a vital part of our life. There are many types of video games available today, you just need a proper communication channel while you are playing as part of a team. Discord is a special communication platform that is designed for communication between players during games. In this article, we will learn about how using Python, Discord bot is built and how it works.

Discord is a text and voice application platform that is used by gamers. When you are a player, developer, or streamer, you can use Discord for discussing games, chatting while playing, answering questions, and many more similar actions.

You can also get a game store, subscription service, and critic reviews. To put it simply, the Discord bot is a one-stop shop for the gaming community. Though Discord’s API can be used for creating many things, we mainly focus on using Python to develop a Discord bot.

With the growing popularity of Discord and its automated process like banning inappropriate users and reacting to user requests, they are thriving and growing in the market. Auto bot programs that will send an automatic response to users. They will also notify users when there are any new events. These automated programs are controlled and managed by the bots.

Discord bot users get unlimited applications. Assume that you are in charge of the new Discord server and new gamers join in. You can personally communicate with them and welcome them to your community. You can tell them more about your channel, and ask them to introduce themselves. 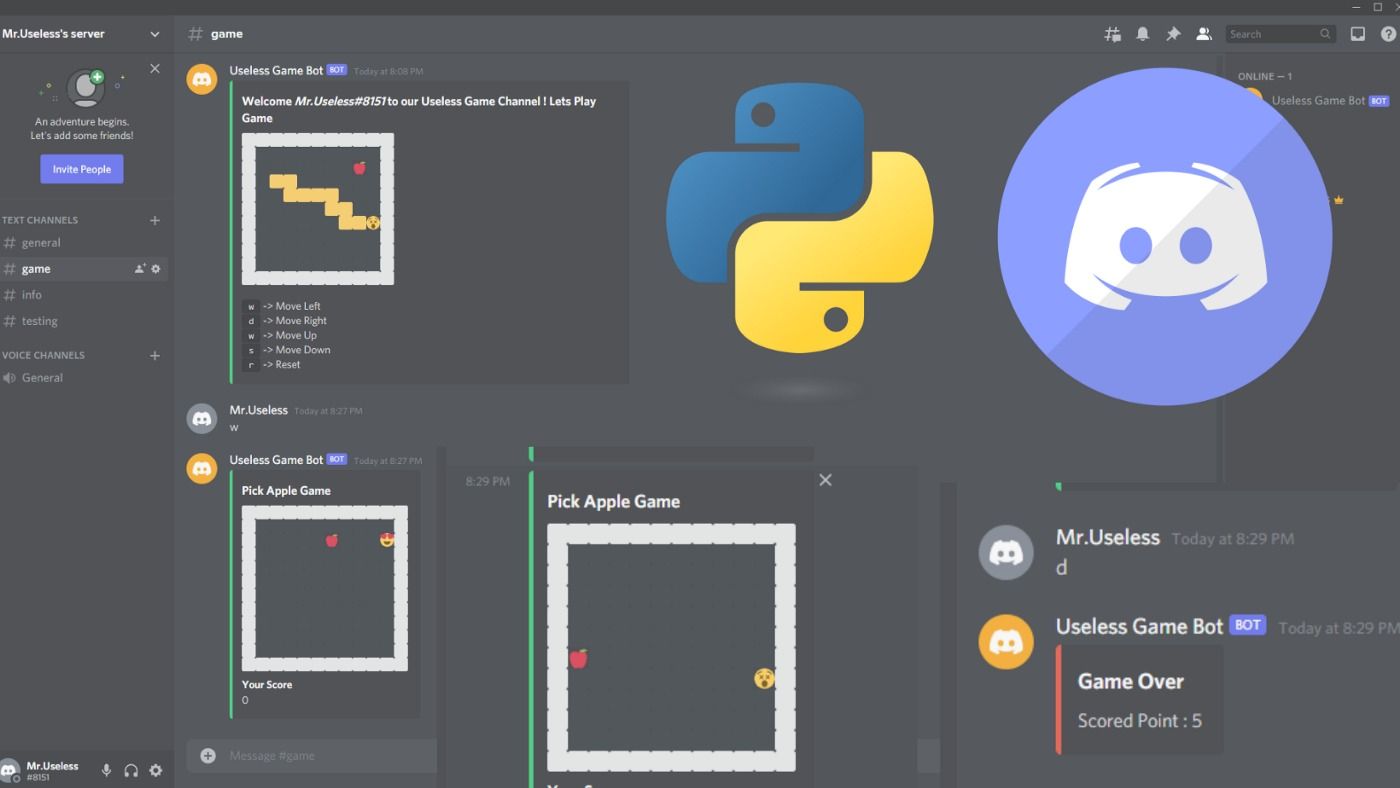 When you do it, the user will feel welcomed and will enjoy their discussions with you and your server. It will highly improve the chances of them inviting their friends to the community as well. These small tricks can help you build a popular and welcomed community.

Over time, you can grow your community bigger and it will no longer be feasible to communicate with each community member personally. The communication bot can then take over. It will send you notifications to make sure you are aware of a new member joining in and also take care that they recognize you. You can automatically react when there is a new member in the community with the help of the bot.

Depending upon the control and context of how they react to you when you are joining for the first time, you can customize and let the bot know what you expect from it. Depending on your customization, the bot will work on it and autoresponder when a new member wants to speak to you. You can be creative in training your bot. Though Discord will allow you to create Discord bots that deal with voice communication and stick to the text side first.

How to create a Discord bot using Python?

As you are making your Python Discord bot, you need to use the discord.py. The discord.py is a python library that will implement Discord’s API effectively. It will include the utilization of Python’s Async IO implementation.

You can start with the installation of discord.py with pip using the below command:

Create your first connection to Discord when you complete your installation.

You can create a connection using Discord to implement your bot users, and this step is very crucial. With the help of the discord.py, you can create an instance for the user using the below code:

The MyClient object will help you with the representation of your connection using Discord. It will handle all your interactions with the Discord APIs, your events, and track all your states and coordinate on the same with you. You can create your MyClient and implement it with the on_ready() handler so that it can handle the events when the connection is established.

Once you have trained the bot with the data sent by Discord, you can proceed further. When the on_ready() function is called and the MyClient is ready for other activities. And, when you are working with the Discord token, you should know that your program will be from an environmental variable.

With the help of the environment variable you can:

When you can export MYBOT_TOKEN = { my-bot-token} it will look like an easy solution especially when you have saved it to the .env file on all the systems where you will run the command. This may not be easy as you will have to export your token each time you clear the shell. But that will help you protect your secrets from the shell’s history.

You can create a file with the name .env in the same directory where the mybot.py is located:

You should replace {my-bot-token} with your bot’s token that can earn by moving back to the bot page on the Developer Portal and from the TOKEN section you should select the Copy. At the mybot.py code, you can see that the library is called dotenv and it will come in handy with .env files. The load_dotenv() will load the variables of the environments from the .env file into your shell’s environment for using it in the code.

You can install dotenv with pip using the below command:

In the end, the myclient.run() will run MyClient using your bot’s token. Not that you have set up both mybot.py and .env you can run the below code:

Your MyClient is now connected to Discord using the bot’s token. You can now build on MyClient by interacting more with Discord APIs.

Using MyClient provides you with a wide range of Discord APIs. For instance, we can write the identifier or the name of the guild where you have registered the bot with the console. You will need a new environment variable for doing it. And you can do that with the below code:

Remember that you have to replace two of the placeholders with actual values:

Make sure that the Discord calls the on_ready() which you used while the MyClient made its connection and the data preparation started. This way you can depend on the guild data which is available inside the on_ready() with the help of the command below:

Here, you have now looped the guild data which was sent by Discord to MyClient. You can find the guild which has the same name and prints the formatted string. You can run the program for finding the results. The bot’s name, the server’s name, and the identification number of your server will all be displayed.

You can pull another data from the guild - a list of users who are also members. When you loop through the guild.members you can find the names of the members in that guild and you can print them as a formatted string. By running the program, you can now see the account’s name and the bot user’s name displayed. These will barely scrape the surface of the APIs that are available on Discord, you can see the documentation for the same.

Making use of utility functions

Let’s take a look at the example mentioned above where you have printed the identifier and the name of your bot’s guild. You can now clean this code with the help of utility functions that are available in discord.py. The utility that can help you in improving the readability and simplicity of the code is the discord.utils.find(). It will replace the for loop with an intuitive and abstract function.

You can locate the guild which matches the name of your guild using the environment variable which you used earlier. Once when find() locates an element in the iterable that satisfies your prediction, it will showcase an element for you. It is mainly used for cleaning the break statement.

This is how you can create your first bot and understand more about creating a Python Discord bot. Having a good understanding of API will make you a better developer, but it will allow you to build whatever type of Discord bot you need.

Why Python is Widely Used for Machine Learning?

If you're thinking about starting your journey into Machine Learning, you've probably heard about Python's adaptability, which can help you understand...

One of these types of data is time-series data, which is recorded over time. Examples are stocks and sales data...

How do you make a bot in discord python?

When you want to make a bot using Discord Python, then you should follow the below steps:

Which bot is best for Discord?

There are many bots in Discord that are for your usage and choosing them solely depends on your requirements. Each person will have a different requirement and you will need to choose accordingly. Some of the best Discord bots are MEE6, Tip.cc, ProBot, Community Hubs, IdleRPG, Arcane, Double Counter, Dank Memer, and Helper.gg.

Is bot free in Discord?

Yes, bots in Discord are free for use, and anybody can get the bot from the DonateBot space and use it. But there is a new feature launched that will now help the developers who have developed the bot. There is an option of donation available which will help the developers get their share of the money when people use your bot and donate towards it.