A Complete Guide to Software Outsourcing in Latin America

Looking for answers to such questions? Keep reading.

From startups to multinationals, most tech companies wish to hire the best developers at affordable rates. However, with a talent shortage, hiring top talent has become nearly impossible on the home ground. So, American companies have moved to a better alternative – Latin America.

South American or Latin American countries offer less time difference, flexible labor laws, proximity to US states, and minimum to zero communication barriers. Also, most of the LATAM countries have been nurturing an impressive IT environment, making them the most sought-after destinations for software outsourcing. What’s more? Let’s find out.

Why outsource to Latin America?

What is unique about the cultures of Latin America? 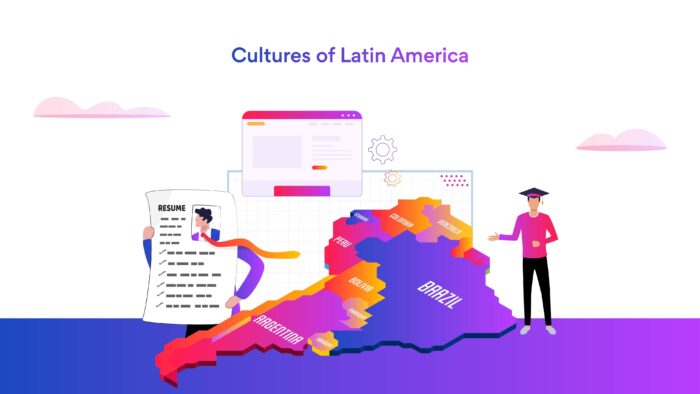 To hire and retain technical talent from Latin America, it is important to accommodate your hiring strategies to the cultural differences in the region. So, here are the main cultural points related to Latin American countries.

Related post: IT Hiring Trends 2022-23: 10 Most In-Demand Skills in US Companies

How to hire Latin American software developers in 5 easy steps 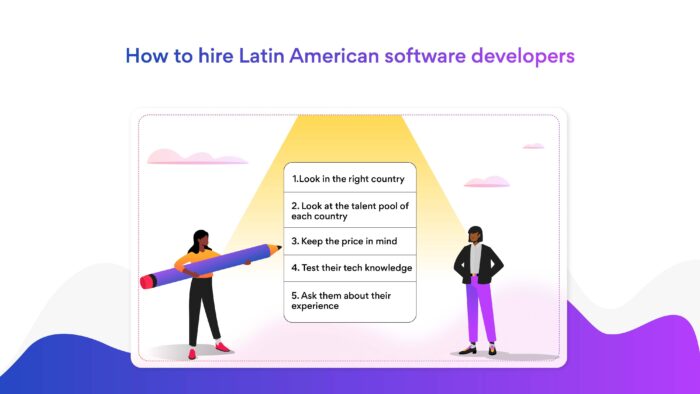 How to hire software developers in Latin America

The advantages of outsourcing to Latin America are numerous. However, don’t forget that it’s not just about cutting expenses when you outsource to Latin America; it’s also about improving productivity and forming alliances.

If you wish to hire experienced software developers from Latin America but don’t want to get into the hassle of screening, testing, interviewing, and onboarding, visit Turing.com