Ruby vs. Python: What Is the Difference?

Companies want nothing but the best when choosing a language for a web development project. And, Ruby and Python pretty much stand up to this expectation. Many popular websites, including Netflix, GitHub, and SoundCloud built using these languages. When it comes to Ruby vs. Python, both the languages are very similar but differ in some critical aspects. Subsequently, companies often find it hard to pick a side when choosing between the two.

In this article, we will compare their primary characteristics, differences, and similarities to end the Ruby vs. Python debate. Let’s get started!

But, before we begin to compare Ruby vs. Python, let us first understand the unique functionalities of each language and their importance in the programming world.

Ruby vs. Python: What is Ruby? 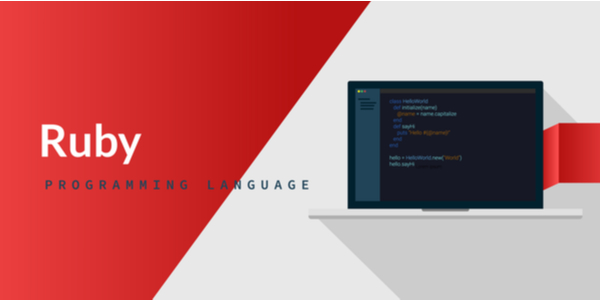 Ruby, a high-level, interpreted, general-purpose language, was created by Yukihiro Matsumoto in 1995. Ruby is an object-oriented language primarily used for web applications apart from data analysis, prototyping, and more. It is also employed to write software in multiple environments.

For the most part, developers compare coding in Ruby to writing in English. It balances functional and imperative programming, making the code more natural. As a result, Ruby produces an elegant and easy-to-read code while maintaining its expressiveness.

Ruby is a programming language designed to give programmers power and flexibility. It is used mainly in web development and is the basis for the popular Ruby on Rails framework.

Here are the pros of using Ruby:

Here are the cons of using Ruby:

Ruby vs. Python: What is Python?

Guido van Rossum developed and released Python in 1991. Python is a high-level programming language known for its readability, clear syntax, and code readability. As a result, it has extensive use in every field, from data science to machine learning and web development to automation.

Python is an ideal language for rapid application development due to its data structures, dynamic binding, and typing. It also offers the option of using modules and packages, allowing developers to create an organized code base that’s reusable in other applications.

Python has a straightforward syntax, resembling plain English, making it extremely easy to learn. Its emphasis on simplicity made it the first choice for programmers. Moreover, its wide range of libraries such as TensorFlow, Keras, and Theano lend support to developers, making their job easier.

Here are the benefits of using Python:

Here are the drawbacks of using Python:

Even though there is much debate around Ruby vs. Python, the languages share many similar traits, such as:

Let’s look at the differences between the languages and compare Ruby vs. Python.

Python has been around longer than Ruby and has far more libraries than the latter. These libraries are also more mature and better documented. Python’s libraries are used for a wide range of purposes and by everyone, including web developers, mathematicians, and data analysts, to solve statistical problems or more.

On the other hand, Ruby’s limited set of libraries focuses on developing robust and scalable web applications. Python comes out as a winner for libraries in Ruby vs. Python.

Ruby too offers ready-to-use code called Gems. However, the main difference between the reusable codes lies in the filtering factor. Python allows developers to filter the code by categories such as development status. This feature makes it easier to access the code rather than compare and evaluate it.

Python works on the principle of simplicity. Hence, there is only one way to approach or perform a task in Python. While this aspect makes the code less flexible, it also makes it more readable.

Ruby, on the other hand, takes the Perl approach. As a result, there are various ways you can approach and do a task in Ruby, giving it more flexibility. However, this flexibility also leads to confusion among developers while reading others’ codes.

In terms of Ruby vs. Python flexibility, no language suits all. While some developers prefer Ruby to Python, others go with Python because of its rigidity.

Python and Ruby are open-source, with support from dedicated and active communities. As a result, both languages enjoy an impressive array of learning and educational resources online. The communities also influence the direction of each language and update and enhance existing software solutions.

However, Python enjoys a much larger and more inclusive community than Ruby. This popularity is because Python is everywhere, from academics to data science, and has a slight learning curve.

Ruby vs. Python: Who wins?

Python and Ruby share many similar characteristics and are at times indistinguishable. They are both high-level programming languages with simple syntax. They are also popular choices for web development employed in other fields. This parallelism has given rise to the popular debate of Ruby vs. Python. Yet, when it comes to helping scale-up businesses, Python is preferred. Everything Ruby can do, Python can do better.

While the Ruby vs. Python debate rages on, the language you choose solely depends on the project requirements. For example, Ruby is the best choice for web development and projects involving machine learning, whereas Python’s libraries offer better support.

Whether it is Ruby programmers or Python developers you are looking for, Turing has got your back! Turing.com, an AI-based deep jobs platform, helps fast scaling start-ups and enterprises connect with talented and silicon-valley caliber developers in a short period.

Hire now with Turing to put together a team of the best developers! Visit our hire page to know more!

Article Name
Ruby vs. Python: What’s the Difference between the Two?
Description
Ruby and Python have become developers' favorites over the years. This post offers a detailed Ruby vs. Python comparison to help you pick your best bet.
Author
Vedasree Gandham
Vedasree Gandham
Vedasree is a content writer with experience in writing blogs, emails, social media content, and website content. She has worked with various upscaling start-ups and the homegrown media company, WhackedOut Media. She is passionate about basketball, doodling, and storytelling.
Related articles
Comments