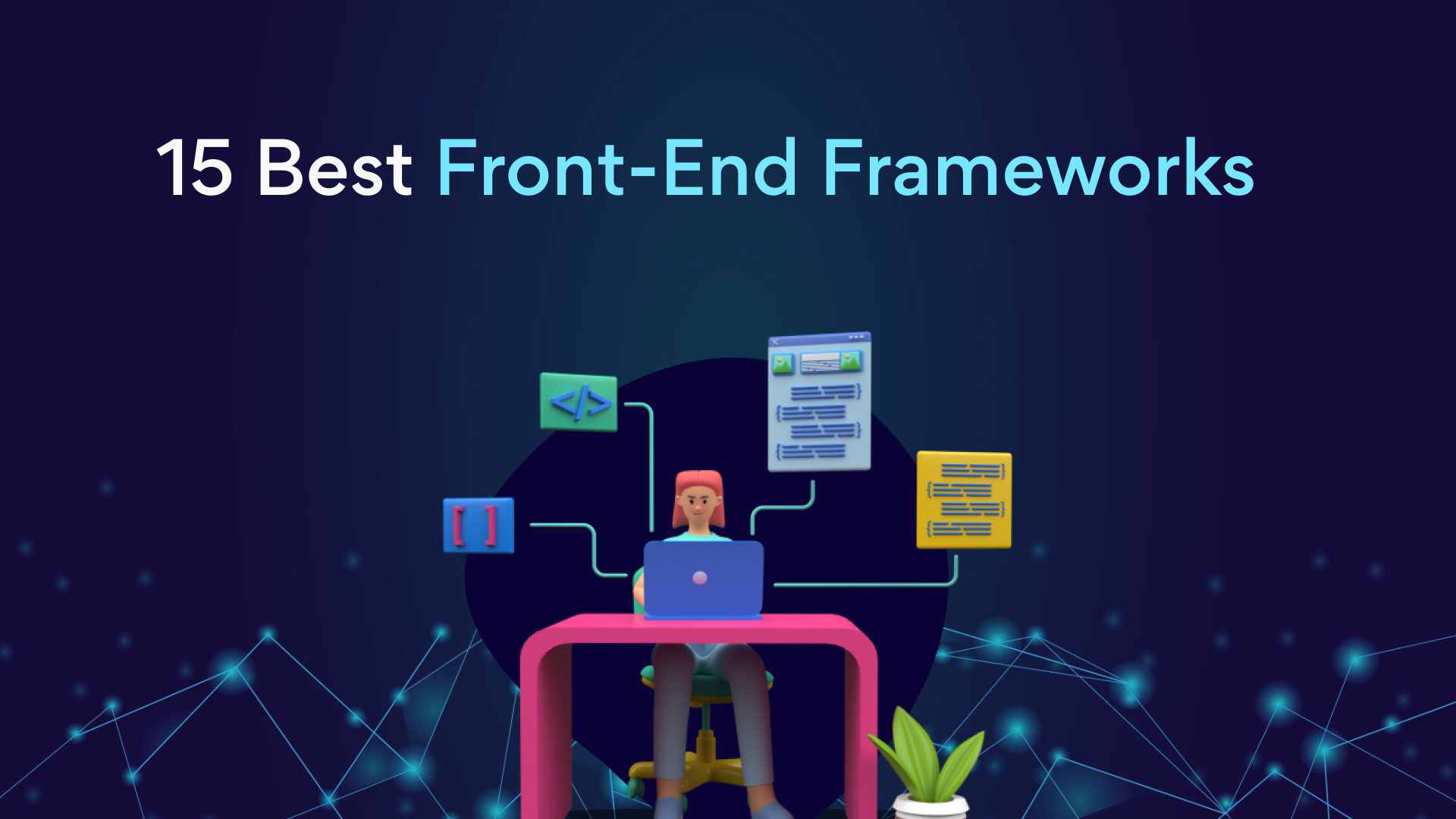 The Fifteen Best Front-End Frameworks for 2022

Front-end frameworks are instrumental in creating applications with a rich user experience. Front-end developers utilize HTML for basic web layout, CSS for visual formatting, and JavaScript for user interaction, transforming the data into a graphical interface.

Yet another popular framework on this list is Angular.

Angular simplifies front-end development by helping developers create an easy-to-access, expressive, and readable environment. And thus, it is ideal for building large-scale, enterprise-level applications.
Angular offers two-way data binding that ensures immediate synchronization between the view and the model. And thus, any change in the view is reflected in the model, and any change in the model is reflected in the view.
Angular uses a higher dependency injection function which helps define code dependencies as external elements making them easy to test, reuse and control. As a result, companies like Forbes, LEGO, BMW use Angular over other front-end frameworks in their projects.

So, which of the above front-end frameworks should you choose?

Front-end frameworks are integral to the development of both websites and mobile applications. Every end product reflects the front-end framework used for its development. Therefore, it’s crucial software developers consider all these factors along with the timeframe and resources at their disposal while picking a framework for their project.

Despite the raging popularity of front-end frameworks, many front-end developers find it hard to get the desired job role due to strong competition.