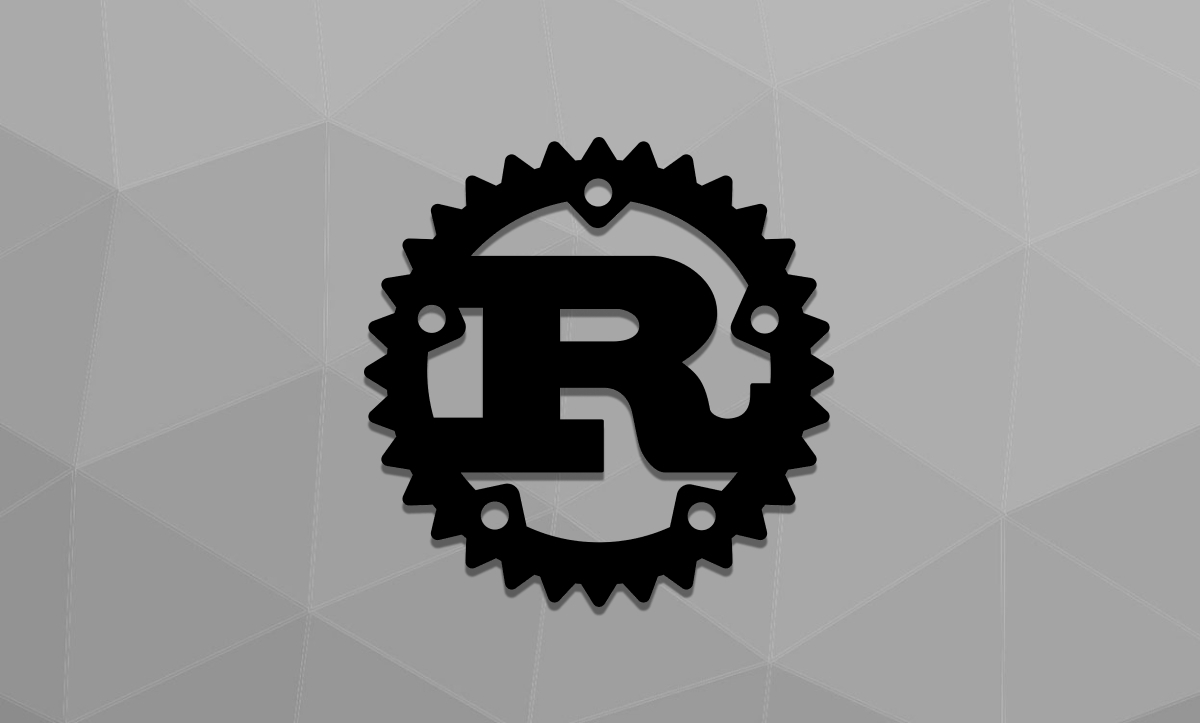 Rust Is the Most Loved Language, Beats Python and TypeScript

It’s tough to make developers choose a new programming language over the one they are using. While many languages failed to impress the coding ninjas, Rust has managed to win the hearts of innumerable developers across the world.

According to a survey conducted by Stack Overflow, Rust was voted for the top position by developers for four consecutive years. But what makes this programming language so appealing that developers repeatedly choose it over the other mainstream languages?

Mozilla Research introduced the programming language Rust in 2010 as a reliable alternative to the C++ language.

Rust is a general-purpose language that can be classified into multiple paradigms, thanks to the host of features it offers. It is highly reliable, productive, and safe to use. It is somewhat similar to C++. However, Rust can guarantee memory safety by utilizing a borrow checker to validate references.

Rust can achieve memory safety without garbage collection and has optional reference counting. In addition, the language offers advanced features such as functional programming and mechanisms for low-level memory management.

What is Rust good for?

Rust has managed to beat languages like Python and TypeScript in terms of popularity since 2015. Rust developers have been able to earn more salaries when compared to Python developers. What’s more, Rust offers a list of features that makes it stand out from other programming languages. Here are some of the features:

What does a Rust developer do?

An ideal Rust developer should be experienced in coding, developing, and testing software programs using the Rust programming language.

Rust was designed by Graydon Hoare, an employee at Mozilla Research. This programming language was Hoare’s project back in 2006. Mozilla began funding the project in 2009 and launched Rust in 2010.

In February 2021, Rust Foundation was announced as the owner of the language by its five founding companies, namely, AWS, Huawei, Google, Microsoft, and Mozilla. In April 2021, Google announced that it would support Rust within the Android Open Source Project as an alternative to C/C++.

So, currently, the Rust Foundation owns Rust. The foundation owns all the trademarks and domain names and is also responsible for the financial costs incurred in running the day-to-day business for Rust.

So, what makes Rust stand out against the big players?

Rust was built after taking into consideration the problems found in different languages. Furthermore, Rust is an open-source project enabling various developers to optimize the language.

Rust boasts of an ever-growing community with prompt online support. The language has a single tool called Cargo that compiles codes, conducts tests, generates documentation, uploads a package to the repository, and a lot more.

Rust is one of the best programming languages to develop web and cross-platform applications.

Let’s take a look at some stats now!

According to a survey by Stackflow, Rust has been the most loved language by the developer community since 2015. 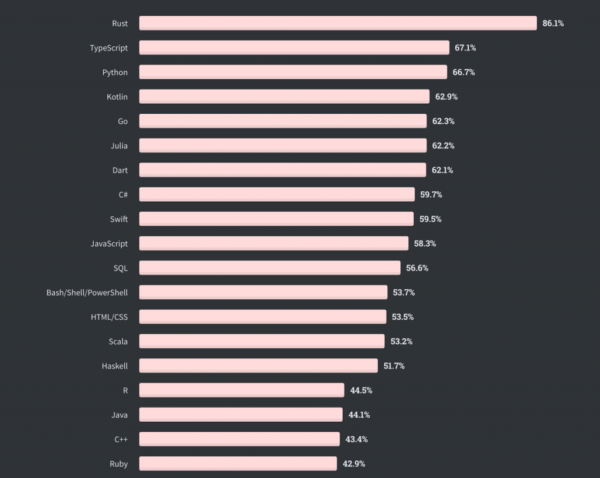 According to The News Stack survey,  the developers who work on the Rust language earned the fourth-highest salary beating the likes of Python and TypeScript. 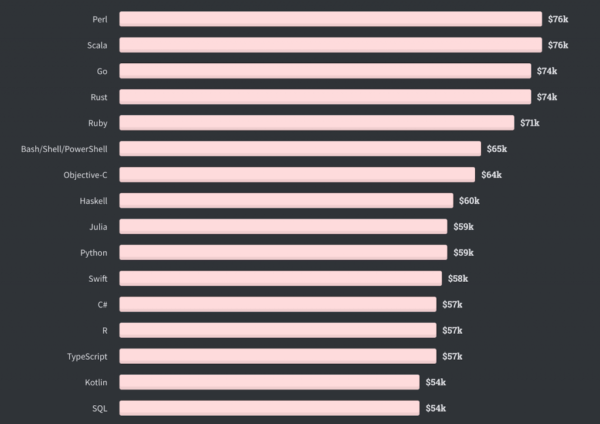 In the same year, Rust came second, only after Python, in TIOBE’s index of the top 20 most programming languages. 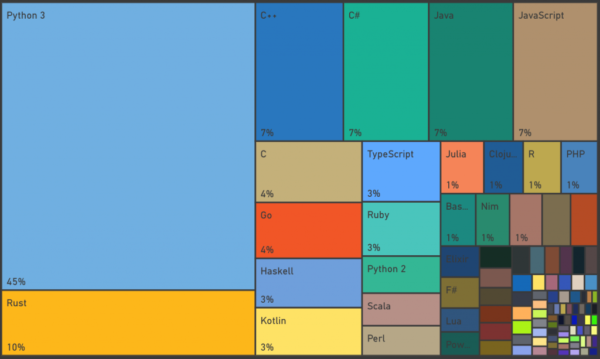 What are the real-world use cases?

Several companies worldwide use Rust. Tech giants like AWS, Google, and Microsoft support the language. Let’s take a look at some real-world use cases of Rust:

Is Rust good for application development?

Rust has many benefits over other programming languages. Let’s list a few below:

So yes, Rust is good for application development as it is faster, reliable, and offers improved memory safety. What’s more, the language has a rapidly growing community and can be used in a variety of applications.

Conclusion: What’s the future of Rust?

Several companies around the globe use Rust for its unique features.

Rust offers fast performance with no runtime or garbage collector, enabling it to power performance-critical services and easily integrate with other languages.

It also comes with excellent documentation, a user-friendly compiler with error messages, and top-notch tools such as an integrated package manager.

Simply put, the language enables companies to build reliable and efficient software. So, it appears that Rust will continue to be loved by the developer community and grow in the coming years.

Are you looking to hire Rust developers?

If yes, head over to our Hire Developers page! With Turing, you can hire brilliant, pre-vetted Rust developers at affordable prices in just 3-5 days! The best part? These Rust developers work in your time zone!

Article Name
How and Why Rust Became the Most Loved Language
Description
Rust has been the most loved language in the developer community since 2015. What makes it so popular? What makes it stand out against the big names?
Author
Ritvik Gupta
Ritvik Gupta
Ritvik is a copywriter and content writer who has worked with fast-scaling startups such as GoMechanic and Pitstop. He runs his own automotive blog as well.
Related Blog Posts
Comments