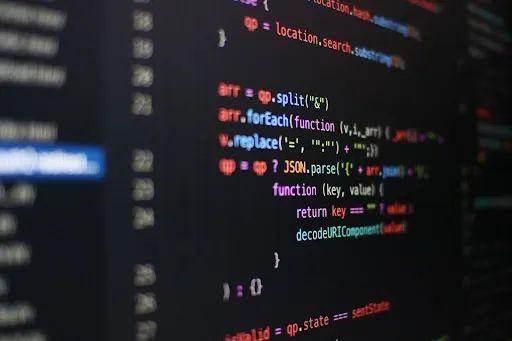 There are a lot of software tools that are not popular but very useful for coding and computer programming activities. Some of these tools are multi-use, open-source, and support at least three languages, which is a useful versatility in the world of tech. Learning these tools can go a long way in making code development easier. Such tools are the VSCode and Sublime Text. Visual Studio Code (VSCode) and Sublime Text are top-of-the-line development environments or IDEs (Integrated Development Environments) developers use.

The knowledge and understanding of IDEs are important in making a career decision. When one has a robust knowledge of IDEs, such a person can decide whether to go with Computer Programming or Software Programming, because they are applications that help developers develop digital systems and software. In this blog, you will know the difference between VS Studio Code and Sublime text to land your dream remote software developer jobs.

What is Visual Studio code?

The Visual Studio code used by developers is a powerful, lightweight source code editor that can be used on any desktop platform. It can run on Windows, Mac, and Linux. VSCode is built with support for various languages, including JavaScript, TypeScript, as well as Node.js. So, whether you land a Node.js developer or any others, this is important!

It also has a rich extension ecosystem for other popular programming languages, such as C#, C++, and PHP. The main component of VSCode is built on the Electron shell, which is complemented by the likes of TypeScript, Node.js, and the Language Server Protocol, with frequently updated extensions.

The support offered by VSCode varies depending on the programming language and its extensions. For instance, it supports remote debugging in some languages. Users can also add support for their favorite language by using TextMate colorizers.

To add to that, with the Intellisense code completion tool, VSCode provides a variety of powerful tools for creating and editing complex software. Some of these include graphical debugging, multi-cursor editing, code navigation, refactoring, and Git support.

The code in the VScode repository is open-source, and it's licensed under MIT. Although it's free, the product itself is still licensed by Microsoft's standard product license as it comes with a few Microsoft-specific customizations in the product.

With its powerful and flexible features, Sublime Text is a great choice for fast and simple code programming. It allows you to easily switch between different windows to perform various tasks, such as debugging and code checking.

Besides supporting over 70 file types, such as HTML, JavaScript, and CSS, Sublime Text also has a variety of other strengths. These include multiple selection options, a unified command palette, split windows, powerful Git support, and various windows that can be used with all your monitors. It also comes with a built-in plug-in API, which can be used to create simple JSON files. Interestingly, for programmers who are used to other editors, Sublime Text also supports Vi/Vim and TextMate bundles.

In Sublime, you can customize everything about the editor by adding your color scheme, setting the text font, and selecting the global key bindings. It also comes with a variety of other features, such as JSON file preferences and XML preferences files.

VSCode vs Sublime text: How do they compare? VSCode and Sublime are similar in various ways yet they also differ in functionality, usage, and features. These comparisons will be tackled through seven criteria, which are:

Conclusion: Sublime vs Visual Studio Code, which to choose?

Sublime or Visual studio code? VSCode and Sublime are amazing tools used in programming and various editing works. However, one of them is better in application than the other depending on the feature considered. Therefore, before deciding on the one to use, a careful evaluation must be done to make a better decision.

The term "Mean Stack" is a mash-up of the words "full-stack," "end to end," and "JavaScript." Full-stack development is a software engineering approach

Cloud native is a modern way to develop and run software that takes advantage of cloud computing's delivery model.

Which is faster, Sublime or VSCode?

For startup time, Sublime is faster than VSCode. But after startup, both of them run at the same speed.

Should I use Sublime or VSCode?

For multi-language development, VSCode is better and it is equally fast as Sublime. So, it is no secret why most developers may want to use VSCode in place of Sublime most of the time.

Is VS Code and Sublime Text good for beginners?

Yes, both VS Code and Sublime Text are excellent for beginners because it offers a similar to writing on a word processor like Microsoft Word. The tools can feel helpful especially for mastering HTML and CSS