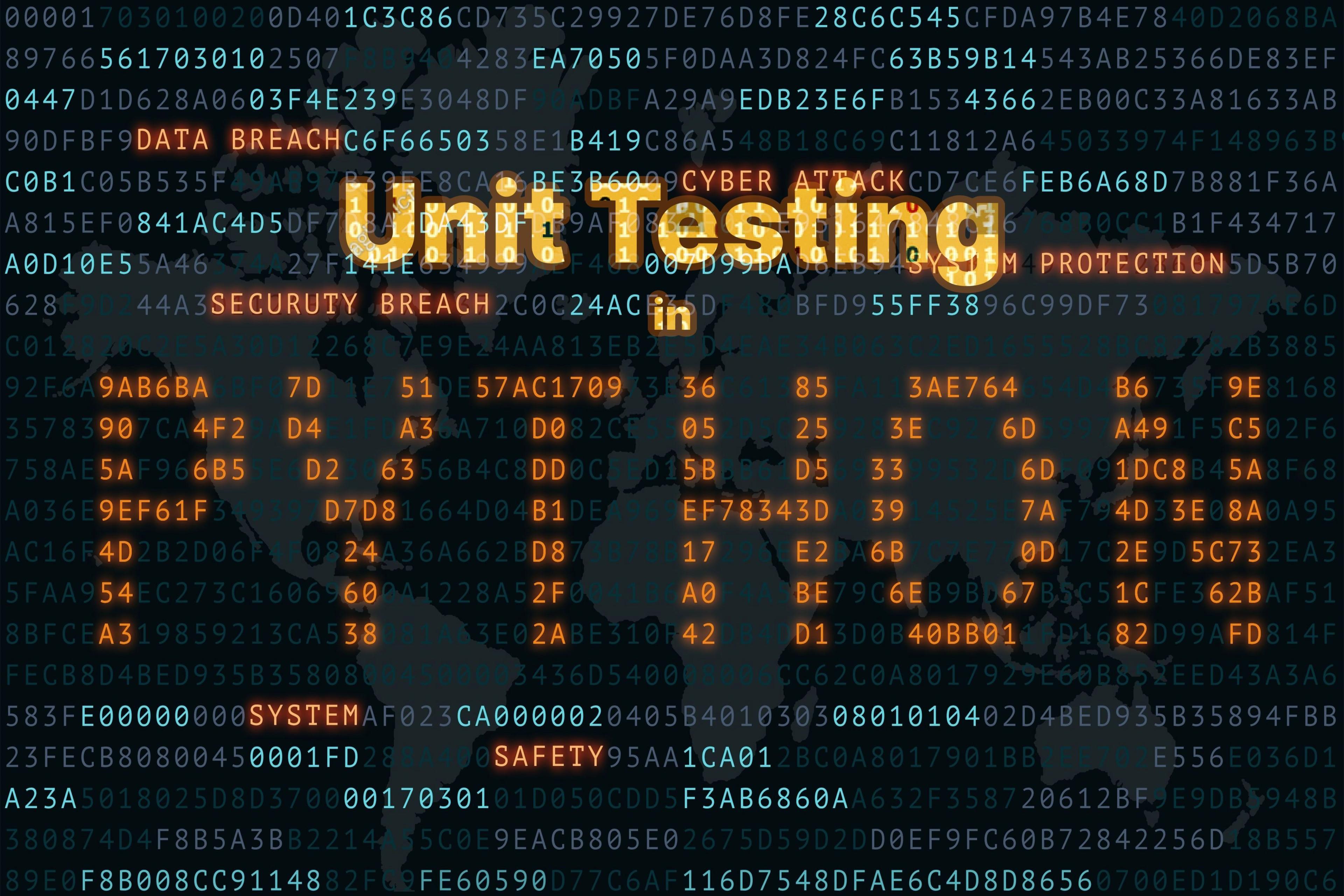 A unit in a computer program is analogous to an atom in a living being; if the fundamental is stable, both human and software life will be seamless. But how can someone be certain that these essential elements are operating smoothly and without any impediment/blockage in their path?

Here we will discover the procedures, frameworks, and features of unit testing in Python.

- What is unit test?

Before beginning the software coding, many software developers develop a set of tests. This method is known as TDD (Test Driven Development) and it is immensely effective. It reduces the time required for software development and simplifies maintenance.

What is unit test?

Testing is an essential phase in software development. A unit is the sub-dimensions software component that can be tested. It often has a few inputs and a single output. Individual components of a software program or application are tested during unit testing.

The overall structure will only function effectively if all of its components work properly. The primary goal of unit testing is to guarantee that each component runs smoothly. Generally, software developers themselves undertake unit testing.

Unit testing can be broadly classified into two types:

The process of unit testing in program development is often based on the following framework:

How unit testing assists while developing a software:

Unit test cases should be performed separately so that if modifications are needed, they may be changed without affecting the others.

"Trust, but verify", a Russian adage relates to many situations including programming; hence Trust your code, but verify with Python Unit Test.

Unit testing in Python can assist you to uncover issues in your application and avoid predictor variables when you modify your script.

Unit testing in Python is a broad approach with a lot of subtleties, but the standard framework module of Python known as unittest allows you to develop and execute tests for your programs with much less effort.

When the development process is finished, the developer usually enters criteria or findings that are known to be possibly practical and valuable, into the test script to validate the validity of a certain unit.

PyTest is a sophisticated and comprehensive Python testing tool that assists in designing better applications. It is helpful if one is new to Python testing.

DocTest is another Python standard library module. It's a collaborative shell for the command prompt and an all-inclusive program written in Python.

Unit testing in Python: Other Python frameworks that are utilized in the testing

Framework for unit testing in Python supports capabilities for automating the tests, whether it is for single-function/class or the entire program. It includes a feature for sharing setup and shutdown code for tests, as well as the ability to aggregate tests into collections for efficiency. unit testing in Python also allows the tests to be independent of the reporting framework.

If you're using the PyCharm IDE, you may launch the unittest module by pressing ctrl+shift+F10.

Alternatively, you may use a command prompt to execute this module in your application and test while developing to reduce the likelihood of mistakes.

It aids in the creation of a user case for assisting someone in the development of software without ever contacting you.

For unit testing in Python, make a Python test file with a .py extension, then define a TestClass, which must be inherited from unittest.TestCase class.

Here make sure that the test functions in the class must begin with test or test word.

Now, Run the Test class in your Python code by calling unittest.main()

This code is being unit tested to verify whether it produces the correct result for the sum defined in the class. 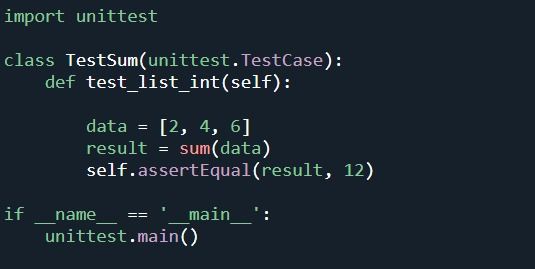 This unit test will succeed since the class and functions are appropriately declared, and the sum is right. To determine if the unittest is functioning effectively, change the result to a different number and see if it throws an Error/Failure.

Ok, Failure and Error are the three possible outputs when you conduct unit testing in Python using unittest framework.

We can also use unittest to do Python unit testing on basic specified functions and classes before we begin coding the entire software/site.

Some Python developers claim that pytest is one of the most adaptable frameworks available in Python for testing, while others argue that unittest is more effective since it permits testing of Python's core components and generic code.

Unittest is a widely used framework that comes equipped with Python. Classes derived from the TestCase package are specified in this testing section. It is useful since it is generally perceived.

Pytest, on the other hand, is generally used to test and run API code such as REST API and Python utilities. Pytest is a port 3rd module with a lot of features.

unittest library: It can cluster unit tests into classes and customize them individually for each class and test case. It also has extensive comparison capabilities, such as comparing collections element by element and groups by value.

Pytest library: This is an accessible library that must be installed through pip. PyTest simplifies and improves testing while needing less scripting. It is a Python unit test library mostly used for operational and API evaluation. To avoid confusion and maintain syntax simplicity, it employs a basic verifying technique rather than many test statements.

The entire purpose of unit testing in programming is to provide you with the assurance that all of the 'components' that form the software package operate as intended.

In Python, it is common practice to simulate a module thus you can assure that while unit testing, you comprehend what your inputs are; and, more importantly, you can alter your inputs such that issues are notified.

Each item in the Test Case Documentation should include at least two unittest, both positive and negative. Anyone who wants to know the capability should be able to do so by just navigating through the Test cases developed after unit testing in Python. This should clarify how you addressed and solved the problem, as well as what conclusions you applied.