Top Books on Angular Every Software Developer Should Read 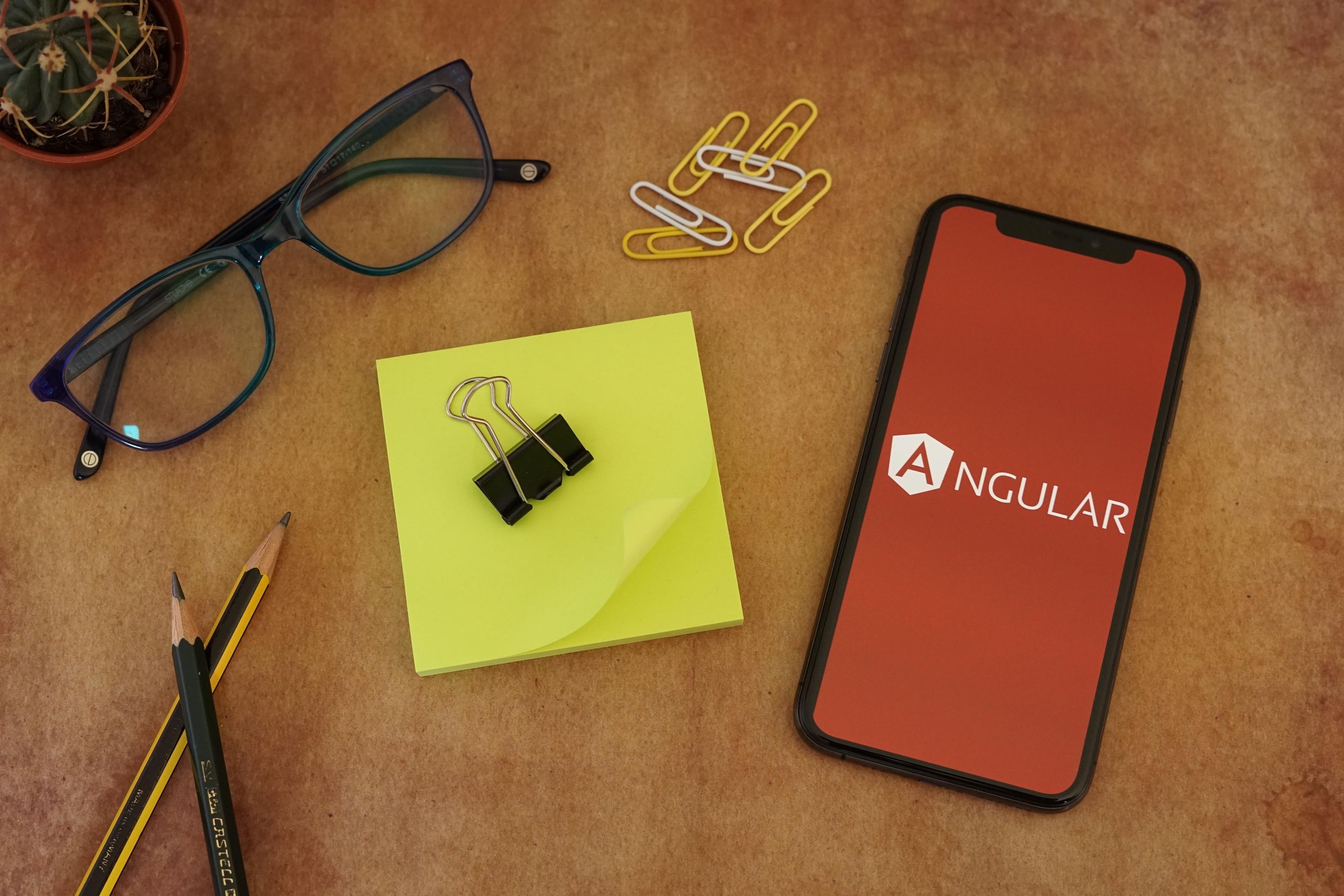 Built with TypeScript, Angular lets you develop single web page applications. Known for features like data binding, dependency injection, and test-friendliness, it is a popular framework for building web applications. If you’re just starting out and are eager to learn Angular concepts or if you’re already a seasoned user looking to brush up on your skills, there are various resources that can help. This blog will list some of the best Angular books to read to master this framework. 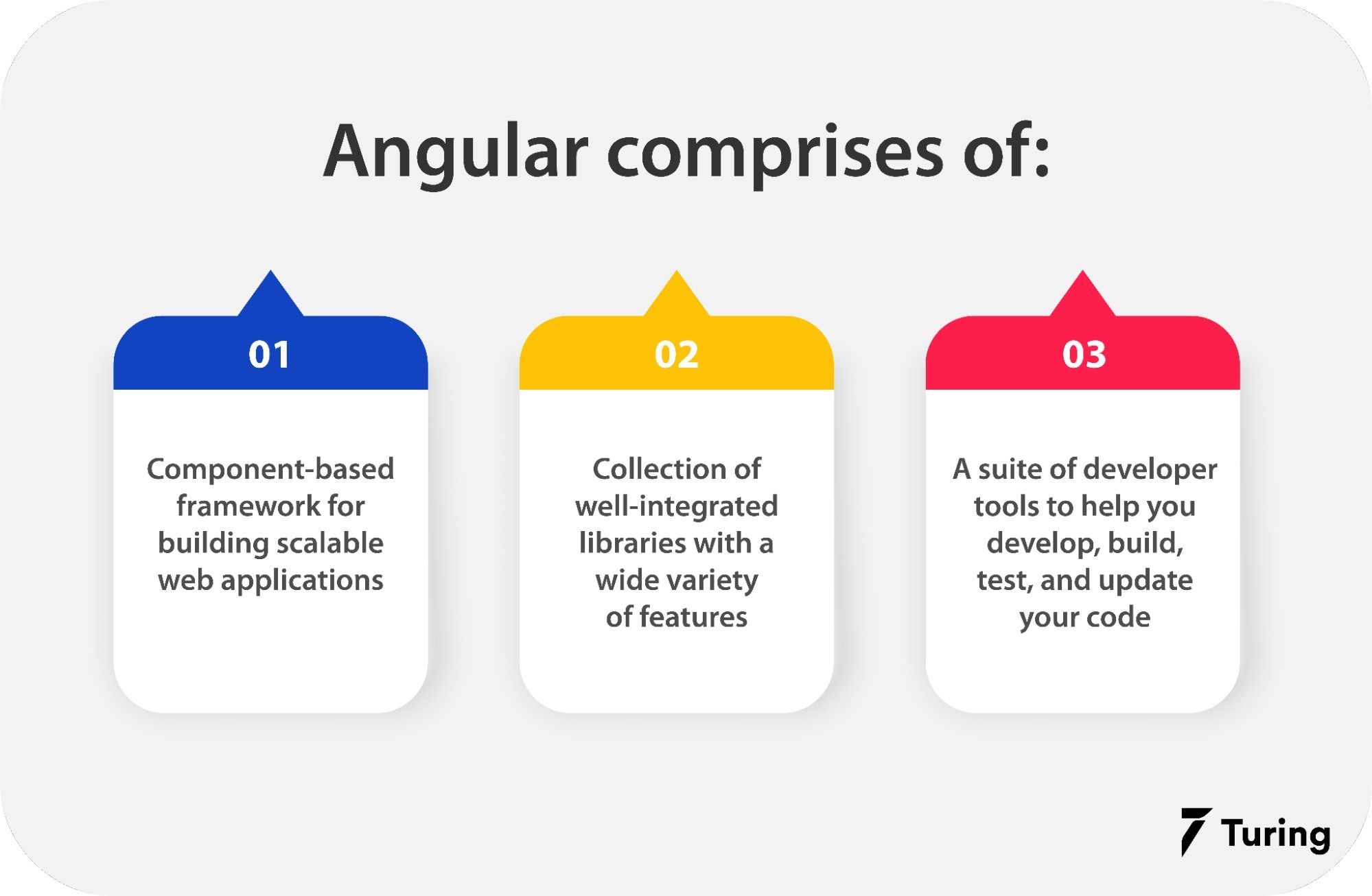 How to choose the best Angular books

There are numerous Angular books that cater to developers of various levels. Beginners should ideally look for those that provide clear and precise information about the fundamentals of Angular. Those who are already familiar with web application development should naturally choose books that cover more advanced concepts. Quick tip: check out the table of contents of a book to know if it will be helpful to you!

The best books to learn Angular

Here is a list of some of the best Angular books that will teach you its concepts and modules. 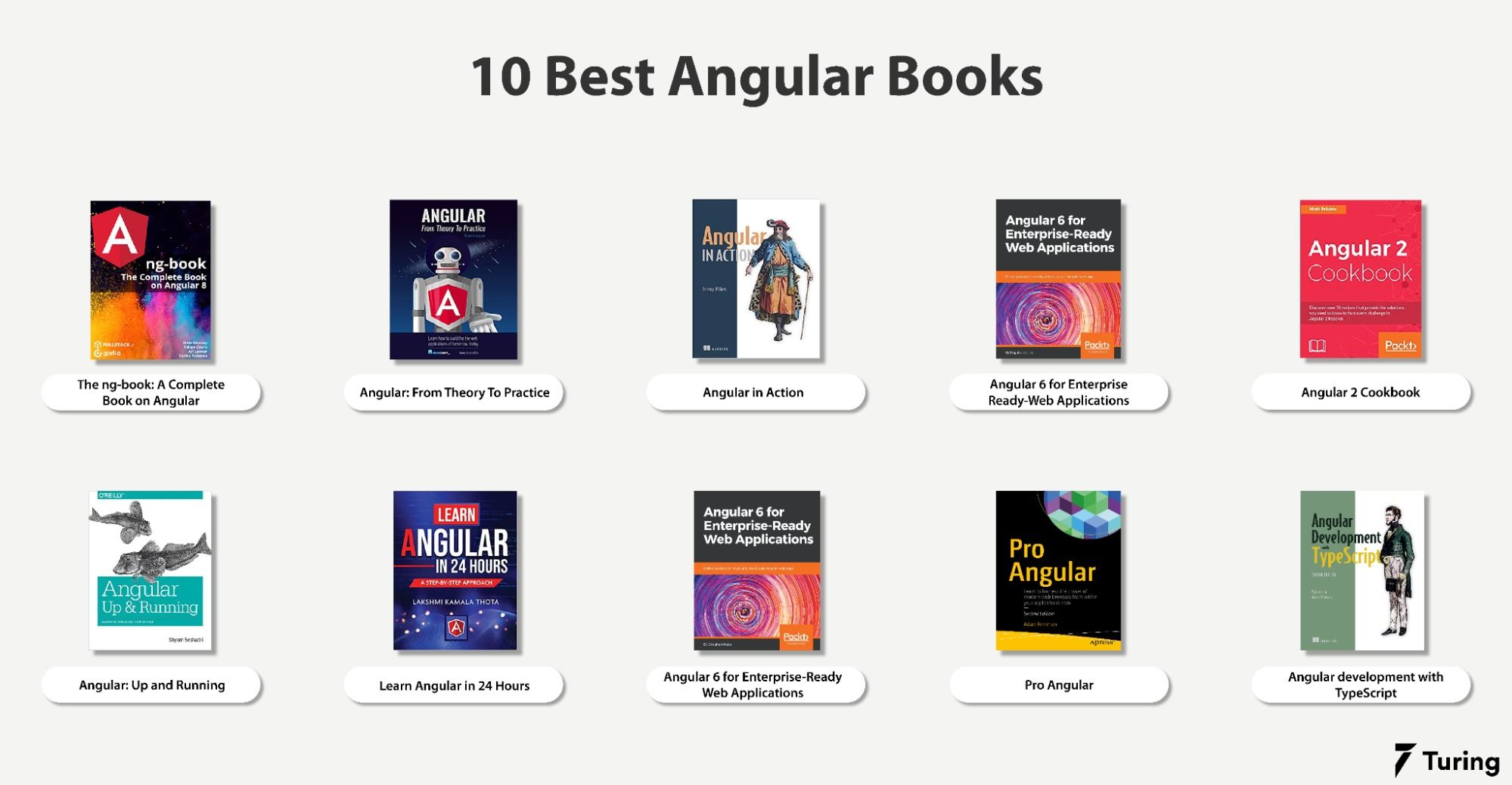 The ng-book: A Complete Book on Angular

This book teaches Angular concepts from scratch and provides plenty of useful examples. It explains several testing concepts, components, and applications in-depth to help streamline and organize an app.

Thanks to this book, you can learn Angular concepts even if you do not have any prior knowledge of it. Once you have completed it, you will have a pretty sound understanding of the Angular framework and will be able to use it in upcoming projects.

The book covers the following chapters:

Angular: From Theory To Practice

If you already have some knowledge of HTML, JavaScript, and CSS and want to add Angular to your repertoire, this book is for you. It teaches Angular with the help of TypeScript and Angular command-line interfaces. You can learn to write codes with reactive programming paradigms with Observables and RxJS.

One of the preferred Angular books for beginners, this one teaches fundamental and advanced concepts like dependency injection, testing, and performance tuning. Note: It’s useful to know CSS, JS, and HTML concepts in order to gain as much as possible out of this book. Once you come to the end of it, you will have learned how to write architectural code with TypeScript and ES2015 concepts.

The book covers the following chapters:

It is divided into two parts. The first covers techniques to use the Kanban method, extract design ideas, and keep an eye on value delivery with the help of mock-up tools. The second section touches on router-first architecture, design and development of business applications, and the scope of web development ideologies.

Angular 2 Cookbook provides ‘recipes’ to build applications. You will learn technologies like TypeScript syntax, Promises, ES6, and Observables and learn how to implement them. The Angular book also includes more complex concepts, making it a must-read for advanced developers.

It covers the following chapters:

Angular: Up and Running

This is one of the best Angular books for beginners looking to learn Angular concepts with step-by-step demonstrations. It teaches how to build scalable applications in an easy-to-understand manner.

The basic premise behind this handy book is to enable beginners who have no idea about coding to quickly embrace Angular concepts. It imparts the know-how to build a live web application with Angular. Penned in an easy-to-read way, it follows a step-by-step approach and includes live examples and screenshots.

It includes the following chapters:

Pro Angular is one of the best books on Angular. It teaches the architecture of Model View Controller (MVC), its benefits, how to develop rich and dynamic web client applications using Angular concepts, and more.

Although suitable for beginners, you’ll be able to get the most out of it if you have prior knowledge of basic web development ideas.

The book includes the following chapters:

Developed by experienced instructors like Yakov Fain and Anton Moiseev, you’ll be hard-pressed to find a better book to learn Angular. However, if you already have good knowledge of CSS, HTML and JavaScript, you will have a much better understanding of how TypeScript and Angular concepts work together - which is what this book is all about.

It teaches how to develop a full-featured online auction app, and covers interesting concepts like forms, state management, data, etc.

It covers the chapters:

So, this concludes the list of the top Angular books from Turing.com. While nowhere near exhaustive, they serve as great resources for anyone - beginners, intermediate developers, and pros - looking to learn about Angular from scratch or hoping to brush up on their existing knowledge.

What do you need for a dynamic single-page application or a highly responsive...

30+ Bestselling HTML Books That Will Make You a Professional

Most of us have been used to the computer technology-related term HTML...

How long does it take to learn Angular?

If you’re someone who is already familiar with web development, you can learn Angular over a weekend. However, prepare to spend some time understanding its concepts if you have no prior knowledge.

What are the best Angular books this year?
Is Angular easier to learn via books?

Is the most current version of Angular the best version?

Yes, after Angular 6, the most current version of Angular is the best version with all new advanced features and compatibility.

What are the best resources to learn Angular?
Is Angular still relevant?

Angular developers are the most in-demand professionals as the dependence on data and information is expanding. It is a great career path that offers high salaries, in-demand work, and promising career opportunities.