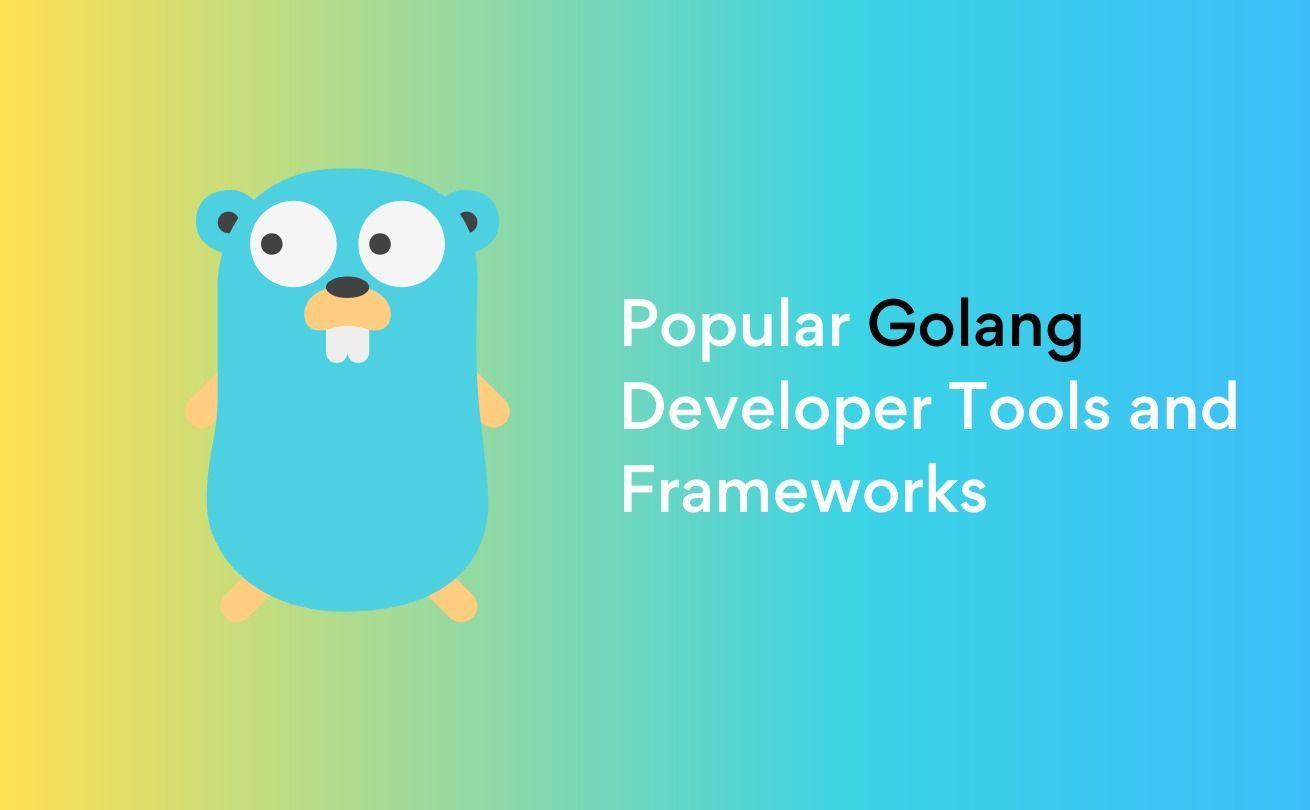 Go/Golang has been popular ever since it was developed. Golang developers tools have helped beginners and experienced developers alike to build and sharpen their programming skills. In this article, we take a close look at a few Golang developer tools, their workings, benefits, and much more.

An overview of Golang

Golang was designed to be a language that would be easy to learn for programmers who were already familiar with C-style languages. It is used for developing server-side applications, including web apps, command-line tools, and system programs. 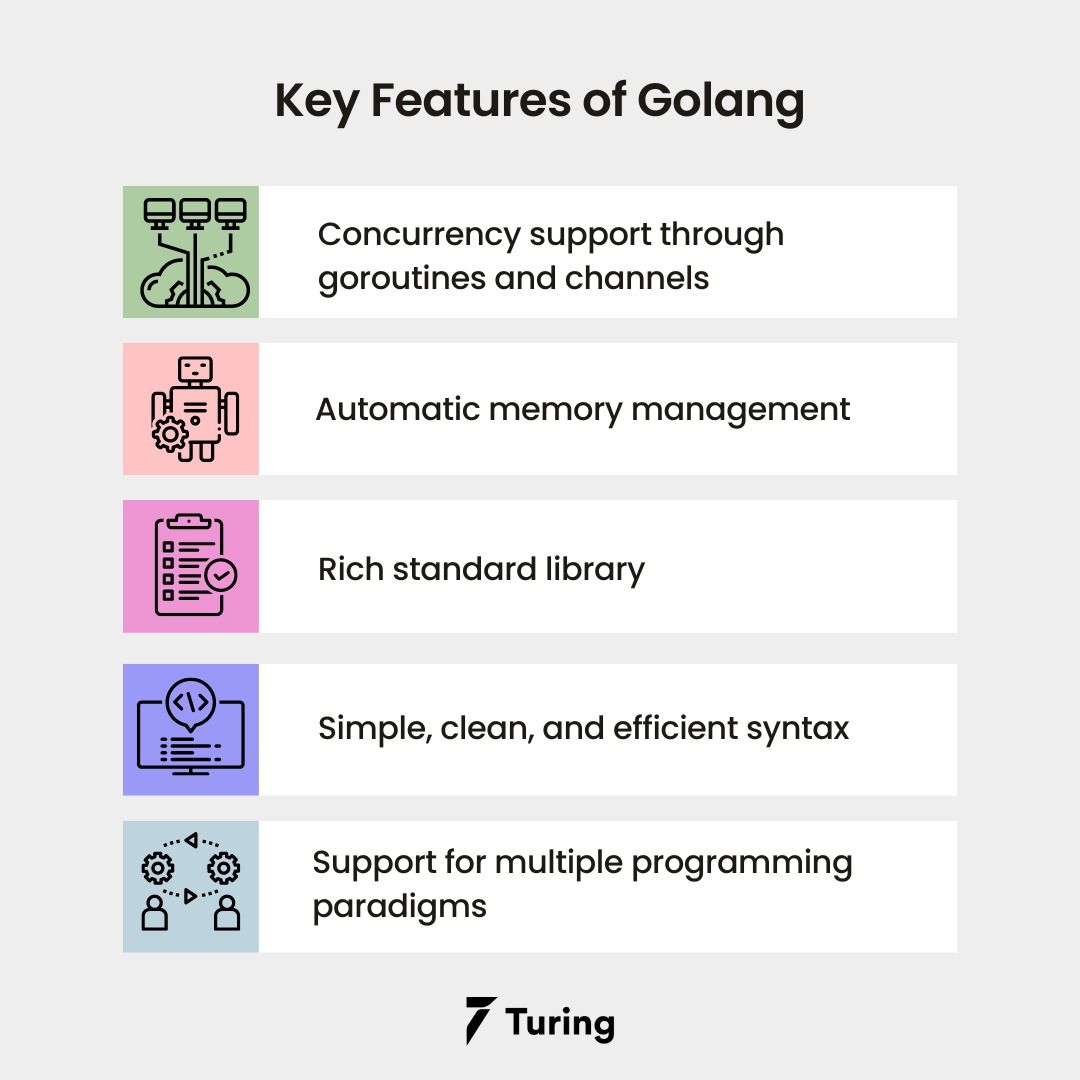 Golang tools have been utilized in many organizations to cater to their development needs. Let’s have a look at how Golang developers employ readily available tools to boost productivity. But before that, here’s a quick run of Golang itself.

Golang developer tools can help with code formatting, code completion, lining, testing, and debugging. Most of them are available as plugins for popular text editors and IDEs.

The Go programming language has a tool called gofmt which formats Go source code. The tool can be used to format code so that it is more readable and consistent.

gofmt can also be used to fix code that does not adhere to the Go code style. It uses a simple, predictable, and human-readable format that makes it easy to read and write code.

The Go programming language has a tool called gocode that provides code completion for Go source code. It can be used to automatically complete code snippets based on the context in which they are used.

Golint is a linting tool for Golang that helps lint the Go source code. It can be used to find errors in the Go source code, find code that does not adhere to the Go code style, and can find style errors and potential bugs.

The Go language tool known as gotest can be used for testing Go applications. It runs unit tests and generates test coverage reports.

Delve (dlv) serves as a tool for debugging Go applications. It can be used to inspect variables, set breakpoints, and step through code.

The Go programming language has been around for a while now and continues to gain popularity. It is efficient in terms of performance and memory usage. Designed by some of the best minds in the industry, it also has a very active community.

Here’s a look at a few widely used Golang frameworks. 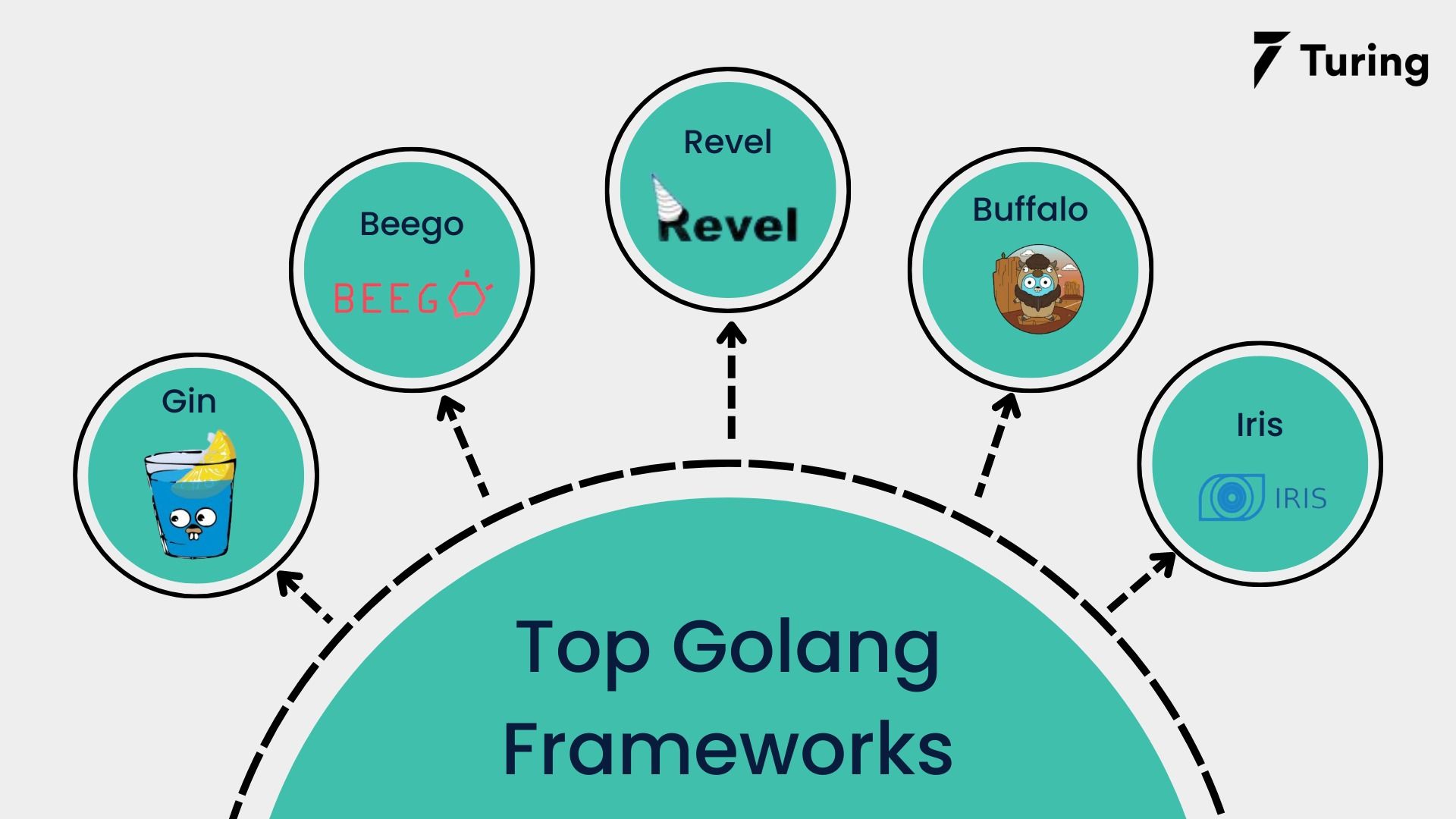 Gin is a web framework written in Golang. It features a Martini-like API with much better performance - up to 40 times faster. It is also a lot more modular and provides better structure for large projects.

Beego is another popular web framework for Go. It is inspired by the Django framework for Python. It provides an MVC structure and has many built-in features such as session management, logging, and an ORM.

Revel is a high-productivity web framework for Go that delivers on the promise of "fast development, high productivity". It provides everything you need to get started on a web project, from routing to templating to security.

Buffalo is a web development toolkit for Go which is designed to make web development faster, easier, and more fun. It provides a number of features such as hot reloading, asset compilation, and request routing.

Iris is a web framework for Go that is designed to be fast, simple, and lightweight. It has a rich set of features including sessions, caching, and templating. 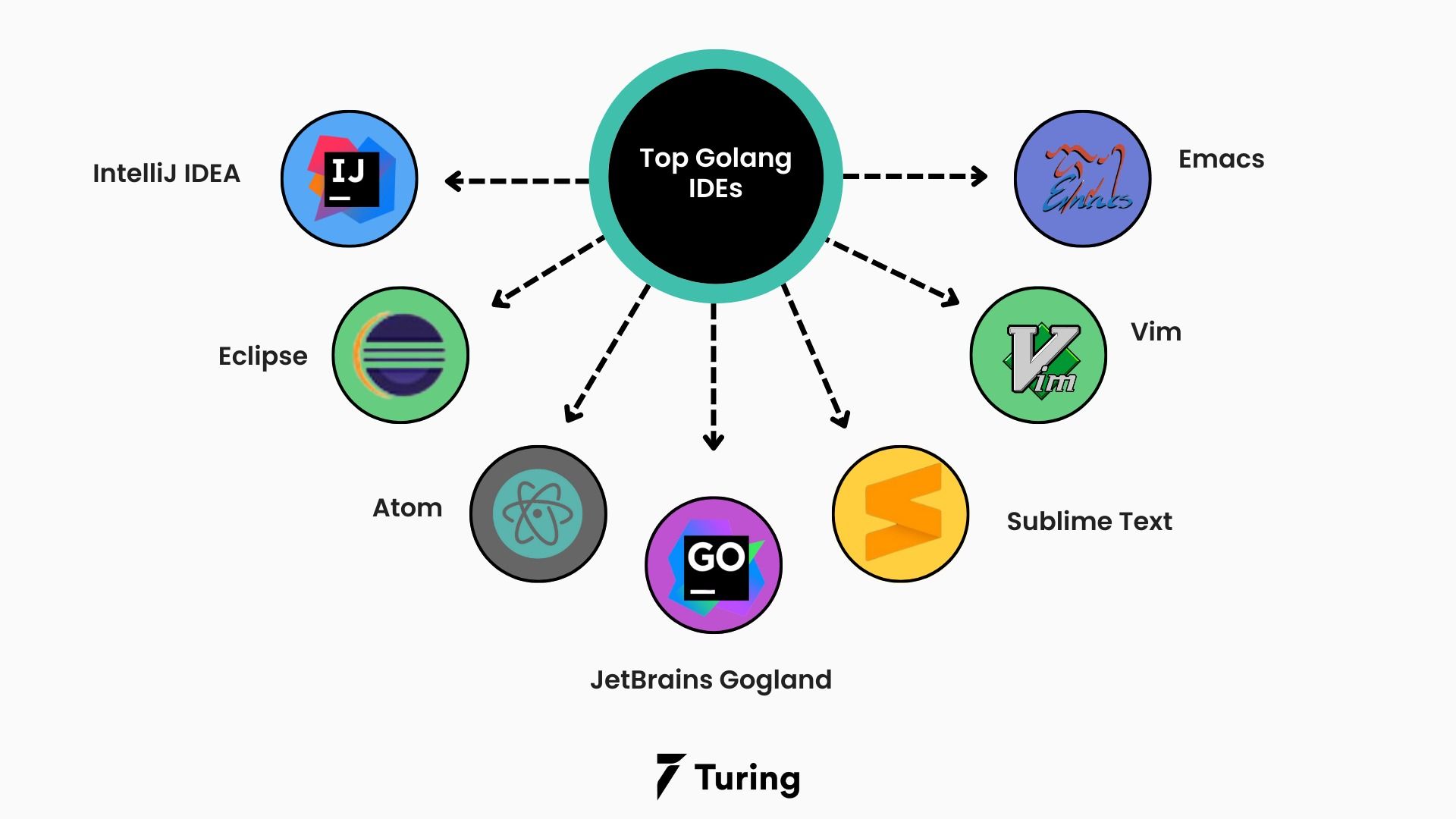 There are many Golang IDEs available that can help the development process. One of the most popular is Visual Studio Code, which is a free and open-source IDE. Developed by Microsoft, it has excellent Golang support and many plugins are available for it.

Other famous Golang IDEs are:

A top IDE for Golang, IntelliJ IDEA is famous for its vast array of features and plugins. It has great support for Golang development and provides a built-in debugger and test runner.

Eclipse is another popular IDE that provides excellent Golang support. It has a built-in debugger and supports many Golang plugins.

Atom is a popular open-source IDE that is highly customizable. Like the above two, it has good Golang support and many plugins.

Sublime Text is a popular cross-platform IDE known for its speed and flexibility. It has Golang support and numerous plugins.

Vim is a text editor that is highly configurable. It also has Golang support and many plugins.

Known for its extensibility, Emacs is a popular text editor with Golang support.

Overall, Golang developer tools are robust and well-built. They offer a great deal of flexibility and customizability, making them a great choice for those who want to be able to tailor their development environment to their specific needs. Additionally, the Golang community is extremely active and supportive, which makes it a great option for developers who want to be able to get help and advice from their peers.

Likewise, the Turing developer community gives developers a digital platform to connect with professionals in the software development industry. It also provides opportunities to get matched with Silicon Valley jobs right from the comfort of home.

Considered as a C and C++ hybrid, C# (pronounced C-sharp) programming language is a natural...

What is Golang best suited for?

Golang is best suited for developing large-scale, high-performance systems. Some benefits of using Golang include simplicity, efficiency, and scalability. Additionally, Golang is a statically typed language which can help to prevent errors.

Which IDE is best suited for Golang development?

Different developers have different preferences. However, some popular IDEs for Golang development include JetBrains GoLand, Eclipse IDE for Go, and Visual Studio Code.

How do you speed up Golang?

Caching data is one of the most effective techniques to speed up Golang and avoid needless database requests. Parallelism is another approach. It allows you to conduct many activities simultaneously, saving time and improving application performance.

Which is the most helpful plugin integrated with Golang?

What can you build with Golang?

What can be done with Golang?