Julia vs Python: Which is the Best for Your Data Science Needs 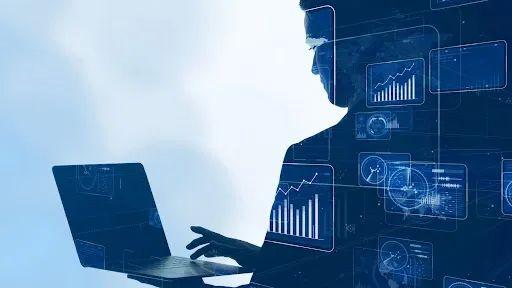 Python is a high-level, interpreted, and general-purpose language that has been around since the 1990s. It's easy to use, and flexible coding features have made it one of the most preferred programming languages available today. And, recently with the advent of data science and machine learning technologies, it has even touched the hearts of data scientists, data analysts, machine learning engineers, and artificial intelligence engineers..

Nevertheless, programmers are always in a lookout for more speed and performance. After all, every language has its downsides. And, here comes the Julia language to suffice the need for more efficiency, flexibility, and several other areas of application for which Python was not designed for initially.

As Julia’s developers state, the basic premise to develop Julia was to make it as usable as Python but with a computational speed as fast as C. Besides, it has been designed specifically for data science, complex linear algebra, data mining, and machine learning where Python was not convenient enough. Consequently, many programmers shifted to Julia programming. However, many still find it difficult to choose between Julia vs Python.

Comparison between Julia and Python

As execution speed is the primary factor when writing code, Julia has it as fast as C.This is so as Julia is not an interpreted language. And, the code here is compiled using the LLVM framework (a set of compiler and toolchain technologies).

Besides, in Julia the performance issues with Python have been resolved so unlike Python it doesn't need profiling and optimization techniques.

This is what makes it a popular choice for big data, cloud computing, data analysis, and statistical computing-based problems So speed and performance-wise, Julia wins the race.

Here Julia is a new language and still growing to expand its community which is still in its nascent stages. Python, on the other hand, has been present for a long time with a massive community to support developers.

So if you are looking for community support between Julia vs Python, Python should be your obvious choice.

In Python, you would find a good collection of libraries that you can simply import and use for their functionalities. While Julia this number is not so big at the moment.

Moreover, with Python, you can use multiple third-party packages, which is one of its biggest advantages. Julia can interface with libraries in C. In Fact some of its libraries like Flux and Knet make Julia useful for machine learning and deep learning, but it still needs to have more libraries of its own.

Mathematical and scientific computations may require the full resources of the system. While both Python and Julia can run operations in parallel, Python suffers the overhead of data serialization and deserialization between threads. Coming to Julia programming, it has a more refined parallel technique in place with less top-heavy parallelization syntax than Python.

While Python has been designed to be a highly readable language, Julia’s syntax is more user-friendly for users of scientific computing languages and environments like Matlab, R, Mathematica, and Octave. This is so as the syntax of the language for math operations resembles more of like math formulas outside the programming world. This makes it easy even for non-programmers to feel comfortable with it. So for your scientific needs, choosing between Julia vs Python won't be a difficult affair.

While Python programs may be slower than Julia programs, Python’s run time is lightweight, which means programs start in less time. Whereas for Julia, the user faces a slower startup despite JIT compilation.

While Julia developers are working to make it start faster, Python already does so.

In Python, you will find a plethora of tools for debugging and performance concerns.

Talking about code conversion, Julia ace the game. Code written in Julia can be easily converted to Python or C while doing the reverse is not possible.

Whether it is for Python to C or from C to Python, code conversion is difficult.

Python is a versatile language as it is easy to use. This is what makes it popular for data analytics, artificial intelligence, machine learning, game development, and programming applications to list as few of the examples.

Besides, its rich set of libraries and frameworks make it suitable for app development. While Julia is great for solving scientific programming problems, Python still remains more versatile.

Most of the languages including Python use zero based indexing which means the first element of the array is accessed with a zero. Julia uses 1 for the first element which makes it suitable for certain math and science applications. However, for cases when it is required, it needs to be added through a separate feature. And, as zero indexing is not available by default, it can make Julia less preferable than Python.

With all the pointers listed above, it is a tough fight between Julia vs Python. Where Julia was developed specifically to impart improved performance and speed to perform machine learning tasks and mathematical computations, Python offers several other advantages.

With a massive community, faster startup speed, a big set of libraries, and versatility, many developers still think twice before moving to something relatively new.

But when it comes to faster computation and easy code conversion Julia has an edge. Despite Julia being new in the programming world, Julia language usage has ramped-up significantly due to its blazing execution speed. However, python is gaining improvements in its interpreter which will speed up the language.

Still, if your requirement is language support for heavy mathematical computation and you ask should I learn Julia? Yes, it is for you.

Also, if you want to work in data science , you should analyze the benefits of each. This will help you discern what to choose between Julia vs Python. But in the end, both these languages are easy to learn and have a lot of common features.So choose the one that best fits your specific objectives and goals.

Go vs Rust: Which One To Choose For Web Development in 2023?

Cloud native is a modern way to develop and run software that takes advantage of cloud computing's delivery model.

Is Julia better than Python for AI?

Julia is becoming more popular in AI than Python because of its extra flexible benefits when it comes to computational support. On the other hand Python is widely used and has various pre-built libraries that cater to AI models. Overall it all comes down to the complexity of your application.

What is Julia used for?

Julia is a general purpose programming language that can be used in either web development, game development, machine learning, or artificial intelligence.

Should I learn Python or Julia?

It is important to have knowledge of both programming languages especially if you are venturing into the field of AI and Machine Learning. They both come with great benefits when it comes to build robust applications.