Important .NET 6 Features to Land the Best Jobs in 2022 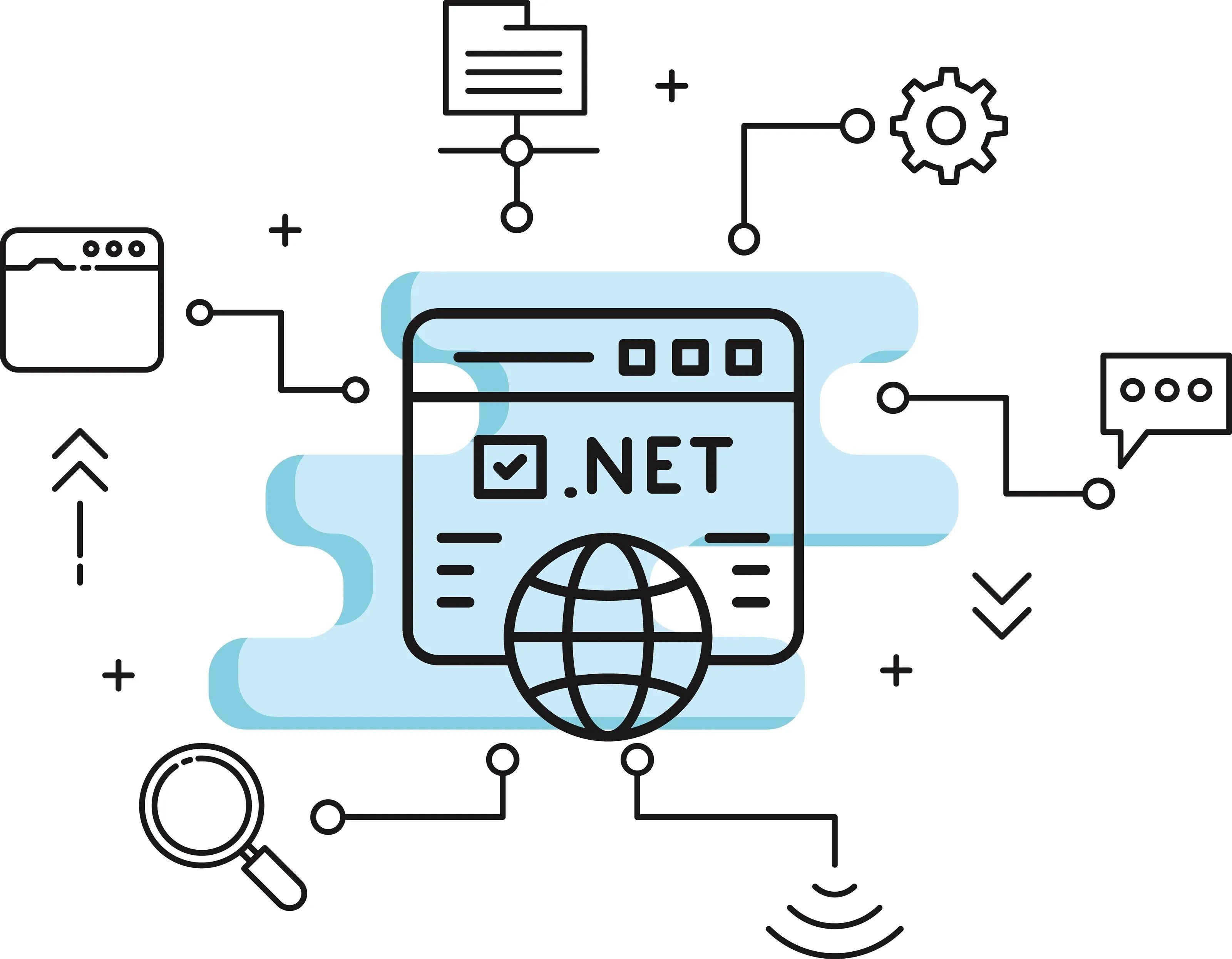 Microsoft launched a production release of its .NET 6 software development platform after more than a year of development by the .NET team. .NET 6 was released on November 8, 2021, and can be downloaded from dotnet.microsoft.com. According to a bulletin on the production release, new .NET 6 features offer "massive" performance improvements and native support for Apple Silicon and improved support for Arm64.

Latest .NET 6 features also include C# 10, which improves code speed and expressiveness. F# 6, another feature improves performance, ease of use, and uniformity. There is a dynamic, profile-guided optimization system that delivers runtime optimizations. Improved cloud diagnostics via the dotnet-monitor tool and support for the OpenTelemetry standard for observability telemetry are also good features.

Doesn’t that sound exciting? Let’s get into more detail about .NET features in the next section.

WebAssembly support has been improved, with application programming interfaces (APIs) for HTTP/3, JSON processing, math, and direct memory manipulation added. .NET 6 will have free support for three years. Microsoft stated that developers had already begun upgrading their applications to it.

According to an RC2 newsletter, planned .NET 6 features include C# 10, which allows the development of new features, including records and patterns. Global using directives and file-scoped namespaces are also included in C# 10, which help developers simplify code and write less boilerplate. Record structs are comparable to class-based records in C# 9. However, there are certain distinctions, such as record structs being added for completeness so structs can have the same record benefits as classes. The file-scoped namespace declarations feature in C# 10 is designed to reduce indentation and line count.

In an October 12, 2021 bulletin for the second release candidate, new .NET features were included:

.NET 6 is expected to enhance cloud, desktop, and mobile app performance. It will incorporate capabilities from the Xamarin open-source mobile .NET platform for Android, iOS, and MacOS.

Microsoft is also expanding its Blazor client web app development tool to allow developers to create hybrid client apps that integrate web and native UIs for desktop and mobile use. The first unified platform deliverable in .NET 5 was Blazor WebAssembly. When .NET 6.0 was released in November 2020, it had new .NET 6 features, which was the start of unification and established the framework for Xamarin developers to adopt the unified .NET platform.

The .NET unification combines the technologies of .NET Core, .NET Framework, and Xamarin/Mono into a single .NET. Parts of the .NET Framework had already been transferred to .NET Core, and .NET 5 marked the beginning of the path of combining .NET Core and Mono/Xamarin on a single base class library and toolchain.

Preview 6, which was revealed on July 2021, highlighted .NET 6 features such as:

Preview 5, which was issued on June 2021, listed the following .NET 6 features:

Microsoft highlighted eight themes for .NET 6 in their bulletin on Preview 4:

The following .NET 6 features and improvements were included in Preview 3, which was released on April 8 2021:

Microsoft's bulletin on Preview 2 also stressed platform themes like enhancing "inner loop" efficiency, or streamlining the tools and procedures used by developers to update, create, and test their code on a regular basis. Hot reloads, for example, will boost developer productivity by allowing code to be updated while an app is running without the need for a debugger. The inner loops theme is also focusing on runtime startup efficiency, application models, the dotnet CLI, and MSBuild.

Improved client app development, including a more cohesive mobile product for .NET, is another theme. iOS, Android, and MacOS development will be integrated into the .NET SDK experience and will use .NET libraries as part of this endeavor. Furthermore, the Xamarin.Forms cross-UI framework will evolve into .NET MAUI, allowing developers to create apps for Android, Windows, and MacOS from the same codebase. .NET MAUI will allow Blazor programs to run natively on Windows and MacOS.

Microsoft also highlighted the inclusion of APIs and improvements to .NET libraries. For example, when serializing an object graph, JsonSerializer (System.Tex.Json) now offers the ability to disregard cycles, and PriorityQueueTElement.TPriority> is a new collection that allows the addition of new items with a value and a priority. Preview 2 also improved standard numeric format processing and runtime and JIT performance.

Android and iOS were the first two platforms supported in MAUI in Preview 1, which was released on February 17. MacOS and Windows desktop support will be included in future previews.

That’s it about the .NET 6 features.

The foundation laid by .NET 6—which offers a single set of base libraries, runtime, and SDK, a streamlined development environment, and increased developer productivity—is expanded upon by .NET 7. Improved support for cloud native scenarios, tools to make it simpler to upgrade legacy projects, and streamlining the developer experience by making it easier to work with containers are some of the key areas of focus for .NET 7.

Annotations that are nullable for Microsoft.Extensions

They have made progress on noting the nullability of the Microsoft.Extensions.* libraries. The following libraries have had their nullability noted in .NET 7 Preview 1:

Betterment of the tracing APIs:

To ActivityContext, the overload is added.

When using TryParse, you can parse and create an ActivityContext object even if the activity context came from a distant parent (related issue). To indicate whether the Activity object is halted, add the method Activity.IsStopped() (related issue).

They have started changing the runtime libraries to use the p/invoke source generator that was prototyped in .NET 6 since it was included into dotnet/runtime. This indicates that the transformed p/invokes are AOT-compatible and do not need to construct an IL stub at runtime.

The p/invoke source generator will eventually be made usable outside of the runtime.

In C# hot reload for Blazor WebAssembly and .NET for iOS and Android (related problem), the following edits are now permitted:

Classes that have just been added do not support instance fields. Existing or new classes' newly introduced methods and fields are not visible to reflection.

Now, it's time for you to utilize this framework to build a fantastic career. Keep yourself updated with the Microsoft .NET framework latest version and master it. And apply for remote .NET developer jobs at trusted platforms like Turing.

Released in 2021, .NET 6 is the newest version of .NET Core that comes along with the set of latest APIs language features, and performance improvements.

.NET 6 offers a variety of benefits like allowing developers to simplify development cycles while also reduce the time required. The technology is widely used for creating server-based applications for Linux, Mac, and Windows systems.