A Detailed Guide to Data Structures and Algorithms in Java 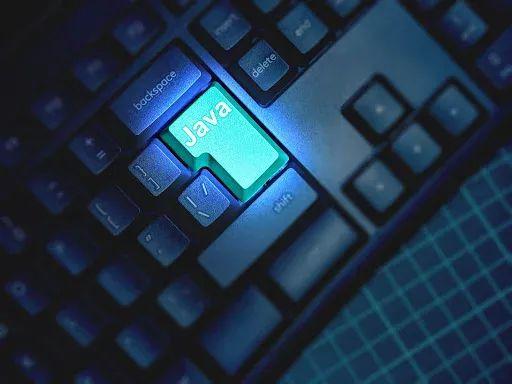 Data structures are an integral part of a program. They are used to organize data in a specialized format that can be processed, stored, and retrieved quickly and effectively with the help of algorithms. In simpler terms, data structures are a means to simplify the handling and rendering of data.

It's even said that data structures and algorithms together make up the software program, consequently making it a quintessential concept that every programmer must master to land not just Java development jobs, others too.

Without further ado, let’s get started!

What is data structure?

Data + Structure. As the name implies, it is a way to arrange or organize data when writing a program. Depending on your requirement and project, it is extremely critical to choose the right data structure in Java. For instance, if you wish to store data sequentially, you might want to use the Array data structure - Now that we are familiar with data structures (DS), let’s move on to their classification. Data structures are divided into two categories.

A primitive data structure consists of the int, char, float, double, and pointer data types that hold a single value.

On the other hand, non-primitive data structures store data of more than one type. It can be categorized into two types:

In linear data structures, data elements are positioned successively. Since the memory allocated as well are in sequential order, the implementation of such data structures is easy. It is further divided into - static and dynamic data structures.

In static data structures, memory is fixed in size, meaning the memory size is declared and fixed at the compile time which cannot be reallocated at a later point. A prominent example of such data structure is Array.

Being the simplest data structure, the array allows storing data elements of the same type at contiguous memory locations. In Java, arrays are index-based which means that the elements can be accessed with the help of indices.

Single dimensional arrays behave like a list of variables that can be accessed using an index in square brackets preceded by the name of that array. Syntax -

It is basically an array of arrays. Here the data elements are stored in a tabular format. Syntax -

As the name implies Stack data structure behaves like a real-world stack (e.g. pile of books). It follows the LIFO or Last-In-First-Out principle wherein push() and pop() operations are used to insert and delete the data. Additionally, it offers functionalities like:

Present in java.util package, the linked list is a sequence of data structures that are connected together via a link. Some of the operations that are performed on linked lists are:

It is divided into three categories:

Let’s discuss some of the linear data structures:

It is a hierarchal data arranged in a tree-like structure consisting of nodes wherein each node stores a value. The tree data structure consists of a central/root node corresponding to various child/sub-nodes which are connected via edges.

It is a pictorial representation of nodes (sometimes also referred to as vertices) connected via a link known as edges.

The above graph consists of vertices or V = {a, b, c, d, e} and edges or E = {ab, ac, bd, cd, de}. Graph data structures are usually a representation of a network that is used to solve many real-life problems.

What is an algorithm?

Historically, algorithms were used as a tool for mathematical computation. In the present context, algorithms are linked with computer science, particularly with data structures. That’s the reason why we always discuss data structures and algorithms together.

Qualities of a good Algorithm

How to use flowcharts and pseudocode to represent algorithms?

Do you know what the best way to represent an algorithm is? What's the best alternative to writing code before fully understanding its underlying algorithm?

Answers to these questions are Flowcharts and Pseudocode. So, let's look at how flowcharts and pseudocode can help us understand the algorithm simply and understandably.

A flowchart is a visual representation of the control flow of an algorithm. It depicts statements that must be executed, decisions that must be made, logic flow (for iteration and other purposes), and terminals representing start and endpoints.

The figure below depicts the various symbols used to visualize algorithms in flowcharts. It can be replaced with flowcharts very quickly, when writing pseudocode, you should strive for consistency. Being consistent will make translating the pseudocode into actual source code much more accessible.

Choosing the correct data structure and algorithm in Java

The data structures and algorithms in Java significantly impact two aspects of applications:

As a result, you should be especially careful about the data structures and algorithms to use in Java. These include applications used for big data and the internet of things.

You should try to balance memory usage and CPU time as much as possible. This task can be simplified by analyzing algorithms to determine their efficiency.

Measuring the efficiency of algorithms

Computer resources are limited and should be used well so we can say that various resources can be used to determine the efficiency of an algorithm. For maximum efficiency of the algorithm, you have to minimize the resource usage.

Both complexity functions are based on the input (n) size, which reflects the amount of input data. Let’s take an example to get a better understanding of it. Consider the following pseudocode for array printing:

You can express the time complexity of this algorithm by specifying the time-complexity function t(n) = an+b, where a (a constant multiplier) represents the amount of time to complete one loop iteration, and b represents the algorithm's setup time.

The space complexity of an algorithm indicates how much extra memory is required to complete its task. No matter how large the array, a constant amount of extra memory (for code storage, stack space to store the return address when PRINT is called, and space for variable i's value) is required for printing.

Data structures and algorithms (DSA) provide solutions through deeper insights into a standard problem. It also enables developers to find the efficiency of each of those solutions. After a thorough understanding of data structures and algorithms in Java, we can easily conclude that learning how to classify data structures, represent algorithms using flowcharts and pseudocode, and calculate their efficiency using time and space complexity functions is crucial. The bottom line is that DSA is very important to enter into software engineering.

What is data structure in programming?

Is Java good for Data Structures and Algorithms?

Data structures and algorithms are not language-specified and can be used for any programming language Java included.

What is an algorithm flowchart?

Programming algorithms is the process of designing programs to carry out specific tasks. Algorithms are sets of instructions describing the steps required to carry out a particular task. An algorithm flowchart is a diagram that shows the sequence of steps in an algorithm. The shape of the flowchart depends on the task being performed.

Which data structure is best for Java?

Some commonly used data structures in Java are:

What are the characteristics of an algorithm?

An algorithm must have the following characteristics:

Does pseudocode have syntax?

Pseudocode is not a programming language and does not have any specific syntax.