Ctypes Modules and Their Implementation in Python 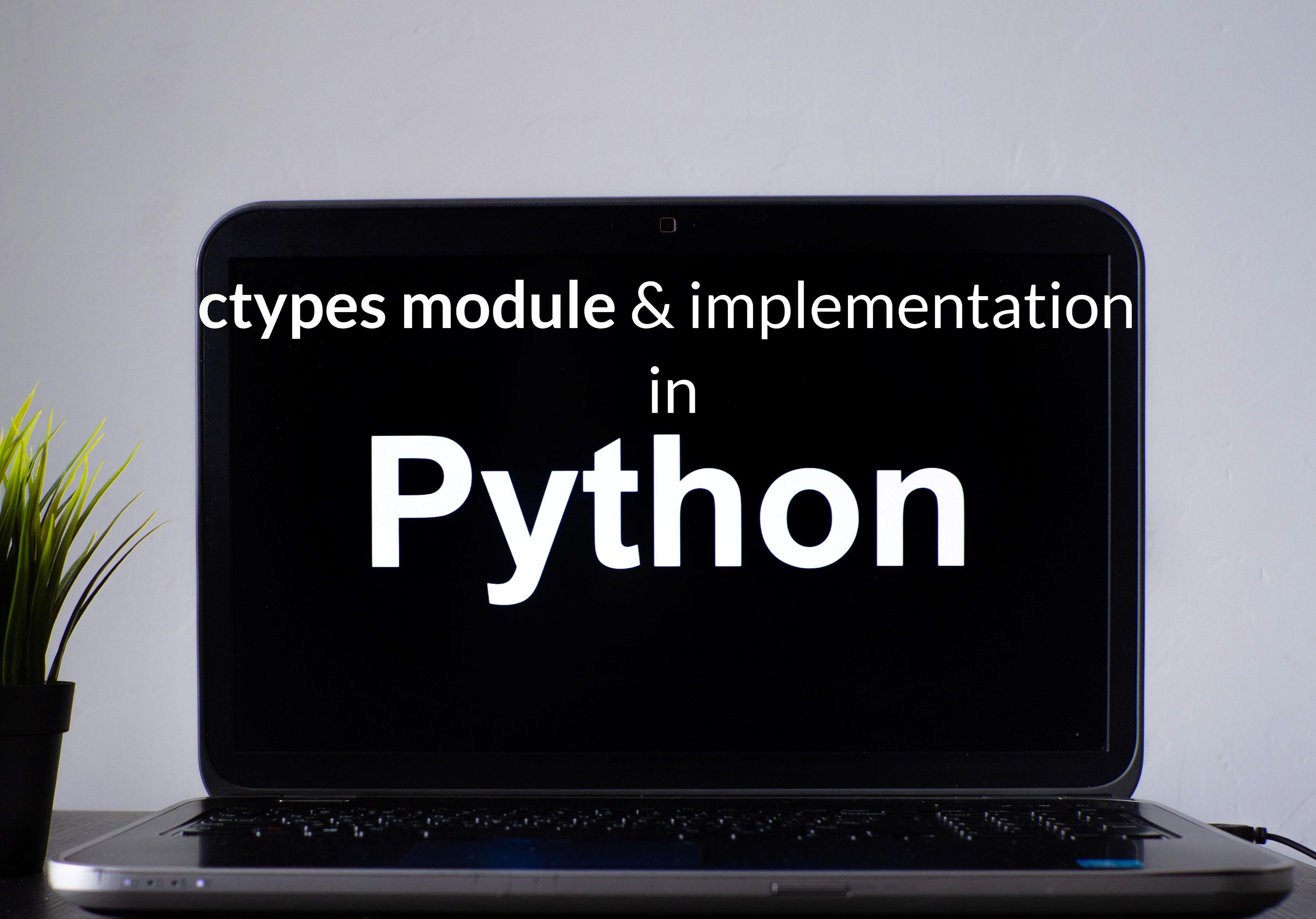 Ctypes modules are the most powerful library available for Python developers. They enable you to call functions in dynamically interlinked libraries and use them for low-level memory manipulations.

This article will explore how to use this Python library for real-world cases.

Start by importing a basic library with a single function over to Python programming with the help of Ctypes. Note that you cannot link your regular .c file to this. You can generate a shared library with the following code:

clibrary will be the name of the C file. You can choose the name according to your data so that it will be easier to get it back when required.

Create your first code with the .c file:

The CDLL function will return a library object that can be used to access the functions within the library.

The above code will execute the function successfully. Now, try calling the function by passing an integer into it. Make sure to generate a new .so file after the changes for future reference.

The number 18 was entered

There are alternatives for using the call functions other than the technique mentioned above. Let's try creating a function in C Creative that will add two numbers and provide the result.

When you want to execute the same for the Python file, you will need to acquire the function signature with:

You can also keep the same name when you want to. Note that add = clibrary.add is valid. Now, you need the function for the return type which requires the code:

The argtypes is for representing the parameters and the restype is for the type of return value you need. Argtypes take multiple values and restype takes a single value.

When dealing with strings in Python or C, there will be problems as strings are immutable. They can only be overwritten altogether in C and C++ strings.
Below is a simple C function that will print out the message passed through it:

The code will print the string mentioned in the C function. The b before the message is for declaring a binary output which is important for C compatibility.

You can now modify the string within the C function. The C function will increment each item in the string by one. When there is a character A, it will become B according to the alphabet codes.
Let’s pass the string from Python into this function:

When using char pointers, you are not dealing with mutable memory but an immutable one. Assigning a new value to it will see a new memory location assigned to the string with that value. This might cause a problem with functions that expect to receive mutable memory.

Here’s an example that explains the same:

You can see from the output above that the address varies after each assignment. To resolve this, create string buffers using ctypes. Include the code lines “cstring = ctypes.create_string_buffer” in place of “cstring = ctypes.c_char_p” and clibrary.increment(cstring) in line five.

The string will now be properly modified. Creating a string buffer with ctypes will give mutable memories that can be used with C functions. You can also choose to pass an integer instead of a string to create an empty string buffer of that size.

Managing memory using pointers in ctypes is another important aspect to work on. Both C and C++ use pointers, but pointers themselves aren’t available as a data type in Python. The ctypes library will give ctypes.POINTER that can be used to create a pointer in Python.

Here are some examples of ctypes pointer:

First, declare two functions to your library, one for memory allocation and the other for freeing up the memory. Functions alloc_memory() and free_memory() are created for the purpose.

Allocate the required memory with the help of the allocating memory function, and free it up with the free memory when needed.

It’s slower to create a pointer than directly using ctypes.POINTER. It takes the parameter as the pointer type that you wish to create - whether it’s an integer or a character. On the other hand, when you use ctypes.pointer(), it takes the parameter as an object that returns the value of the pointer. Keep in mind that pointer() will accept data types from the ctypes module, so you cannot make it work on Python.

You can use the contents attribute to access the object for which the pointer is pointed. You can get further access to the value of the attribute to print out its actual Python value than a ctype object.

C++ can be used with Python by using ctypes. However, it is trickier and there may be limitations. The shared library works in the same manner but with .cpp instead of .c as an extension.

C++ supports Function Overloading which mangles the function names. In order to create unique function names, the system will constantly check and change them.

The name change is performed on each function, regardless of their functions. When you try to call a C++ function from a shared library in Python using ctypes, it will return an error message stating that the function is not found. Fortunately, this is easily fixable: wrap it inside an external C function that will disable name mangling and allow the code to run using ctypes.

Now that you understand ctypes modules and how to implement them in Python, you can use them for real-world cases. The codes given above are only for reference; feel free to modify them with any function you require, depending on your needs.

Know all About Upper Confidence Bound Algorithm in Reinforcement Learning

This article will detail what the multi-armed bandit problem is, UCB, the math behind it, and its research applications. A prerequisite is a basic understanding...