A complete guide on JDK18 - the latest version of Java 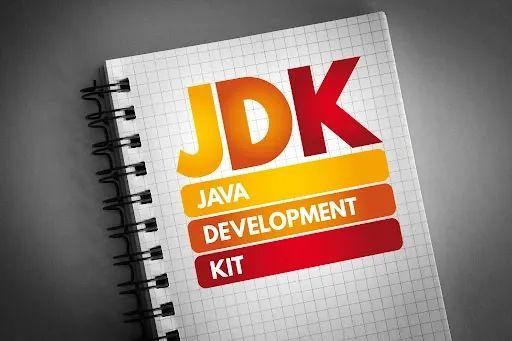 Java has been rapidly evolving since its inception. The latest version of Java - Java 18is all set to make your life as a developer easier. Traditionally, Java released new versions every 2 years. These new features used to overtake all the existing and popular languages of that time. Since 2014, Java has seen continuous upgrades on an upward trajectory.

Oracle released Java 18 to the masses in March 2022. Contrary to the Java 17 release, Java 18 is not a long-term support update. JDK18 is an incremental update with only 6 months of support. The current version of Java - Java 18 has updates for code libraries & tools.

Let's get started with the latest updates about Java 18 that will help you land the best Java developer jobs!

Java 18 builds a stronger community daily with new updates and releases. Here is a list of all the features of the new Java 18.

Javac Compiler has also observed several improvements in Java 18. It aims to minimize unintentional memory leaks, usually due to inner classes. Developers are not always aware that the instances of an internal class have an implicit reference to the example of the enclosing class. This access is not always used and leads to memory leaks.

The checking mechanism in Java 18 has improved significantly. Now, Javac’s lint warnings have been expanded with serialization warnings. Along with checking for the existence of the serialVersionUID field, it also performs checks. Like other warning suppressors, the serial lint warnings can also be suppressed with @SuppressWarnings(“serial”).

The java compiler has also seen significant improvements. In the Java 18 update, better support has been provided for code snippets as part of the documentation. This is part of the JEP 413 that includes support for syntax highlights. The new feature also allows IDEs and other tools to efficiently differentiate code snippets while documenting. This helps in providing linting while editing, code insights, and highlights.

Java 8 was the first update that included String deduplication as a G1 garbage collector feature. The feature automatically identifies identical strings and deduplicates them. This ensures a better memory footprint. However, in Java 8, this feature was only extended to OpenJDK. With the new Java 18, this feature will also extend to ParallelGC, ZGC, and SerialGC.

Controlling the internet address resolution is an exciting and much-needed feature of Java 18. This feature would allow the developer to register a ServiceProvider that will be responsible for handling hostname to IP resolutions. A perfect use case for this feature is unit testing. The improved control on caching would ensure that a hostname within a JVM instance’s lifetime is resolved to different IPs.

The use of HTTP servers in Java has continued for a very long time. But, this tends to be complicated and provides dynamic resolution. Now, in the latest version of Java - Java 18 as part of JEP 408, a new, much simpler version of the web server has been introduced. The new version will facilitate testing, ad-hoc development, etc.

That’s it about the latest version of Java 18. Hope this will help you in remote Java developer job interviews. Let’s summarize now!

Even though Java 18 is not a long-term support update, it has a bunch of cool features which will make your development journey smoother. The incremental feature releases ensure that Oracle hands the users real-time changes and allows the developers to get a hands-on experience with the features. Many of these new features and tools will make it to the LTS update, which will be Java 19.

Yes! JDK18 or JavaScript Developer Kit 18 is open-source. It was launched for the masses on 22nd March 2022.

There are multiple new features that have been added in JDK18, such as:

Which version of JDK is best?

Java SE or 17 is the most preferred production standard as of 2022. Developers are yet to get used to all the features of JDK18.