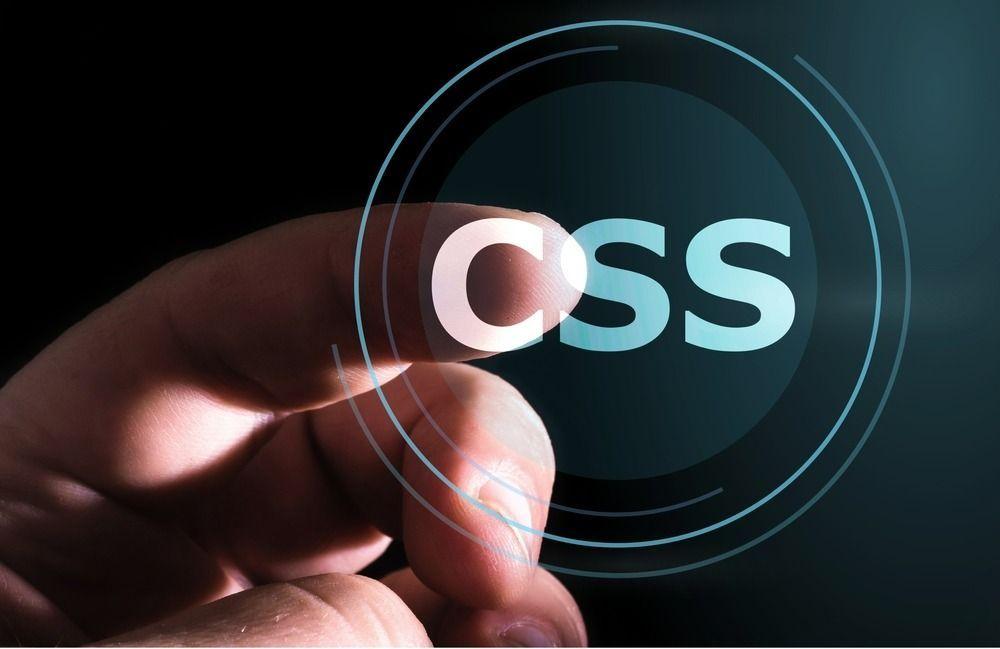 The idea of building custom CSS animations with scalable vector graphics (SVGs) can sound quite intimidating to you, as it does not require in-depth knowledge to get started. With just an understanding of the basics, you can turn something boring into an impressive one to enhance user experience and jazz up your website. However, a walk through the fundamental steps of SVG optimization and animation will help you in the long run.

CSS is used to animate and style scalable vector graphics (SVG) similar to how we use HTML elements. There's no one way to animate SVGs in CSS. You can do so by using the

To learn it all‌, let’s dive deep into it.

There are some great online tools like Inkscape, Haikei, Illustrator for creating easy to complex graphics, abstract shapes with just a few clicks.

We will move forward with a design created in the illustrator. Once you do so and embed it on a web page, you can export it from the editor and clean it up so that the code is ready for use. Here’s how you have to proceed further to accomplish this task.

If you wish to see the SVG code, you can open the same SVG file in a code editor to view or edit it.

Cleaning up and optimizing the SVG

As you create an SVG, there are some extra code lines included which are of obsolete necessity. The output won’t be optimized and clean as expected because of a lot of redundant information like empty groups, metadata from the editor, comments, default values, non-optimal values, and others. This is the reason optimization is required.

You can make use of SVGO (A Node.js tool) that reduces the file size and saves the path with unique IDs. Doing so helps in preventing any issues with several animated SVGs on the same page.

In the image below, we have showcased the same process using an SVG editor. 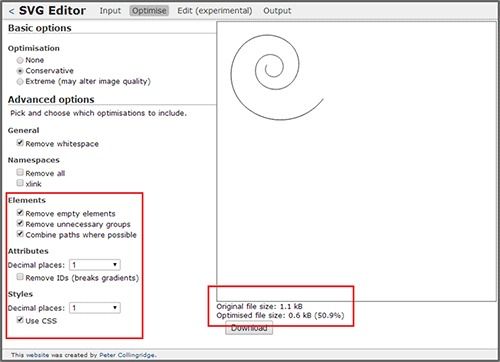 We can safely convert or remove these without affecting the rendering process of SVG. If you didn't create the SVG yourself, it is certain that it won’t be in an optimal position. We recommend ‌you use a standalone optimisation tool for it.

You can also give different shape class names so that you can select them in CSS for various tasks. Here’s how you can do it.

The SVG can be copied and pasted directly into the HTML, where you want to display the ad. But to avoid sloping up the template, we must move forward by inserting the SVGs as follows.

It's time to animate

Now that you are ready with all custom design shapes, it's time we learn how to animate SVG. Since we have these shapes in DOM. So, we can target these shapes like any other HTML element and style them as per your choice. Below are some methods to animate your designs.

Further, we will target the first word and animate it to show for 10 seconds, meaning 10% of one second.

The next ones will initially be hidden and we will use the same animation to start a bit later. 0.5 seconds is accommodated between the animations for the fading out time period of the word before it.

In this style, the letters of your custom design will zoom in and out in a synchronized way. An example is given below.

To include this animation in your custom CSS animation design, we will animate only five seconds long but will let it run forward and backward. This way, the 10-second timeline will be completed.

The SVG CSS animation can be scaled to any size causing no harm to their quality. So, if we wish to make a responsive ad, we will make an inline SVG as follows.

Note: We will use the ol’ padded box technique and maintain the aspect ratio.

We have created this ad with the idea that the wrap will always be a perfect square with respect to its width. This way, the SVG can be positioned into the perfect square and resize easily.

Tip: Instead of using division command for the wrap, we recommend you to use a href command. Just to ensure that you set a to be displayed: block;.

In this animation, the dinosaur peaks its head up as soon as the words are done. Since the dinosaur itself is made of several

The animation runs actually for 10 seconds but you will only see it for 3 seconds as the dinosaur will be moved far below when the translateY(150px) is in effect.

However, when this animation is applied, you need to keep in mind the following points.

You will see the dinosaur pop out at the last second.

Common use cases of animating SVG with CSS

Here’s a list of some practical use cases of animating SVG with CSS that will make you understand why we need it.

Icons are a common use case of animated SVGs that show micro-interactions and state changes. Common use cases in icons include menu toggling, loading, uploading, playing, and pausing a video. These are also known to guide the user to the next action. For instance: on an onboarding tour.

Illustrations are also a popular use case of SVG CSS animation that can be included in a product. They often demonstrate what needs to be done to generate data on the dashboard. You can find them bringing dimensionality and fun to landing pages of different brands. For example stickers and animated emojis.

It’s a fun task to bring your custom designs to life. However, many times you may feel overwhelmed to tackle the complicated animations. We assure you that with the above information provided, you can accomplish any task of building custom animations.

WebGL (Web Graphics Library) is a JavaScript API that is used for rendering...

Code splitting is a method of separating large files into smaller bundles...

Writing a clean and efficient CSS code is an art. There is a lot to learn in CSS...

CSS comes as a lifesaver for designers. It not only helps with solutions to the challenges...

How to make a GIF from SVG?

Here are the few steps with which you can create a GIF from SVG.

Step 2: Choose the “to gif” option in the format list provided.

How to color in SVG?

Firstly open the SVG in the code editor. Rewrite or add the attribute of every path fill to fill=“currentColor". Now the SVG will take up the font color that you wish to add.

How to convert SVG to MP4?

Step 3: Upload the SVG file you want to convert to MP4 inside the file drop area.

How do you embed an animated SVG file?

To embed an animated SVG file, use the tag directly into the HTML document. To move forward with it, start by opening the SVG image in VS code or your choice of IDE. Next, copy the code and paste it into element in your HTML document.

What is a viewbox SVG?

The view box attribute in the SVG is referred to the position and dimension of the SVG viewport in user space. Its list includes four numbers that are width, height, min-x, and min-y.

How do you create an animated SVG icon?

Step 1: Create a SVG icon. If you don’t wish to create one from scratch, you can import one too.

Step 2: Add animation effects to your icon with speeding and easing functions, set up keyframes, and more.

Step 3: Export your icon and use i.