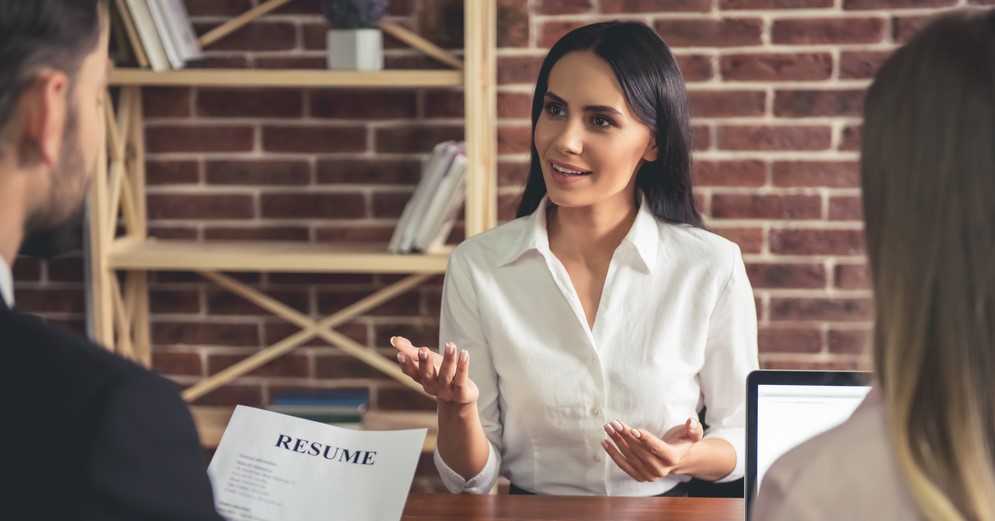 Neil Roseman, former Technology VP for Amazon and Zynga, believes that most recruiters make hiring decisions based on basic credentials, GPAs, Ivy League college educations, and even SAT scores. But hiring a candidate involves a lot more quizzing them on technical interview questions.

Roseman has interviewed hundreds of candidates. He believes that you should carefully plan each step of the interview process to elicit detailed information on skill sets, actual accomplishments, cultural fit, and leadership potential. He also says that recruiters should make it easy for candidates to have open dialogues about their job experience and routines.

In this blog, Roseman explains how he builds interview processes from top to bottom to construct an effective organization, regardless of size or resources:

While screening resumes, Roseman keeps an eye out for areas where he can push candidates. “I always look for things where they have a measure of their success, especially if they make comparisons or use percentages. For example, [something like] I grew revenue by 50 percent or decreased downtime by 30 percent,” he explains.

Rather than merely being an observer, you want to know what the applicant actually did in their previous roles. Even the most successful company has a divide between those who get the most done and those who don’t. So, you need to try and figure that out during an interview. According to Roseman, this serves as a litmus test for how well they understood their role in the previous organization.

Applicants may think it sounds nice to say things like: “I increased system availability by 50 percent.” However, if you’re interviewing someone for a system engineering position, for example, you need to know what, exactly, they accomplished. Roseman says that most of the time, when high-level assertions like these appear on resumes, it’s likely that the person hasn’t done them or was only a participant and knew very little about them. On the other hand, top applicants can always explain and back up their statements, irrespective of how in-depth your investigation goes.

Drafting good technical interview questions is vital. Hiring teams can refer to interview experience content on platforms like Glassdoor and Quora for inspiration.  It’s perfectly acceptable to borrow questions from these sources as long as you customize them, suggests Roseman.

Later, your entire team can brainstorm why you should ask a particular question, what the perfect answer will be, and even if the question is already on the internet, will it be fruitful to delve deep?

Roseman is particularly fond of questioning engineering applicants on product design. He says that great engineers should be more than order takers; they should be actively involved in product creation. Moreover, design questions can also help you learn more about how someone thinks. Drill applicants on previous products they’ve worked on and ask them to create a short portfolio management program to get to the heart of their competency. Depending on the role, you may also ask the candidate to elaborate on a more generic design challenge such as ‘design an ATM/Elevator for blind people’ or something more technical.

The hiring team you put together will determine the quality of the individuals you hire. Unfortunately, many businesses do not devote sufficient resources to preparing current employees to conduct peer interviews. Failure to do this is a grave mistake, according to Roseman.

In addition to this, the feedback given by the hiring team should be concise and conclusive. Roseman says that it is vital to keep two things in mind:

1) You’ve wasted your time, the company’s time, and the candidate’s time if you can’t provide detailed feedback

2) If you get to the end of an interview and all you can say is: “Yeah, I kind of liked them, I think they’d be good,” you’ve, again, wasted everyone’s time

Generic answers lead to ambiguity among team members, so be precise about what you like and don’t like in a prospect.

Here’s a distilled list of the hiring rules mentioned above:

Your job as a recruiter is to evaluate a candidate’s talents, fit in your company’s culture, and future growth potential. Remember, you are a spokesperson for your company, and you must demonstrate the company’s ideals.

Are you struggling to vet software engineers/developers on your own? Turing can help. Turing’s automated platform lets companies “push a button” to hire senior, pre-vetted remote software developers. Access a talent pool of the top 1% of 700K+ developers with strong technical and communication skills who work in their time zone. There’s no risk. Turing offers a free two-week trial period to make sure your developers deliver to your standards.