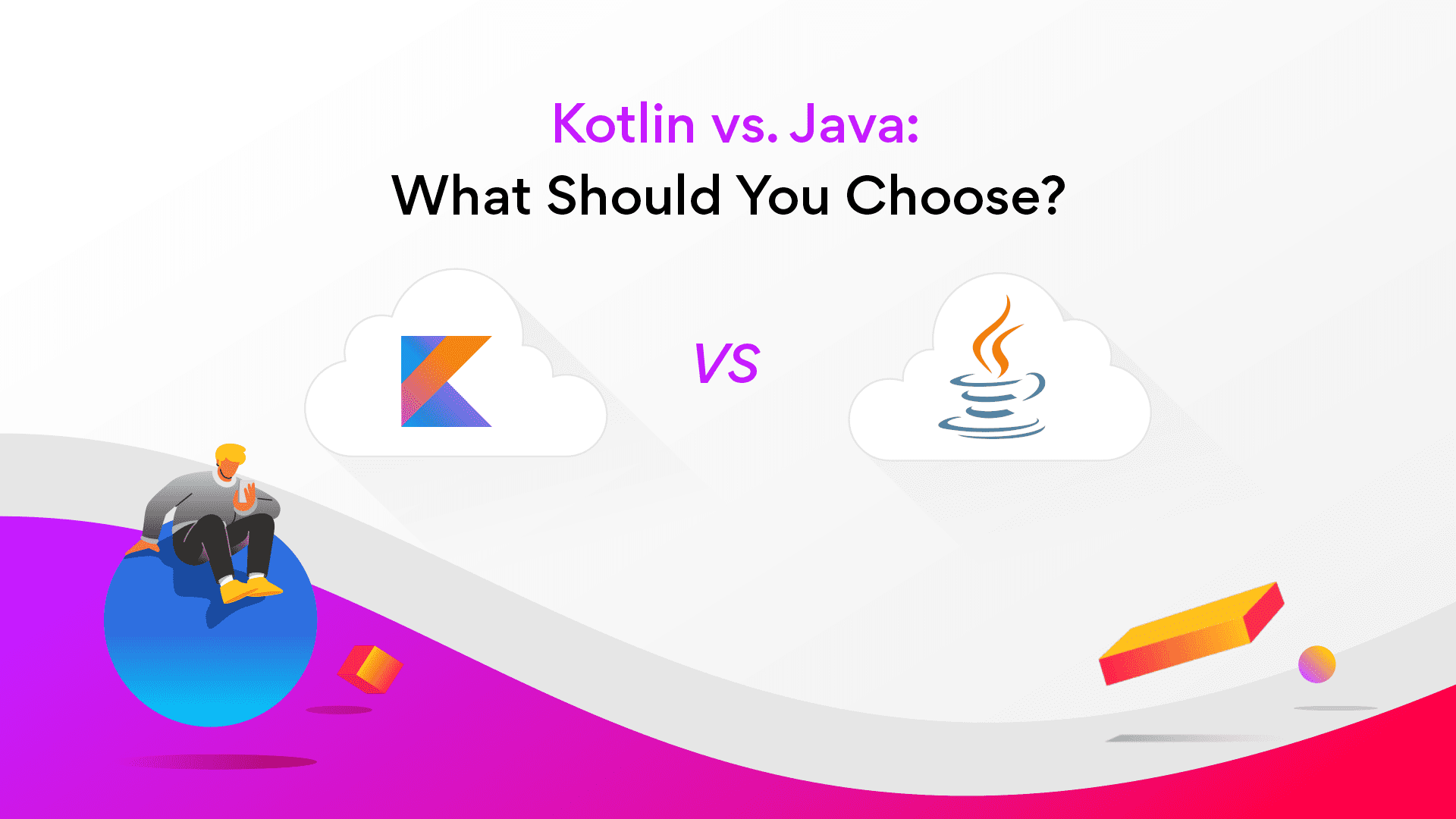 Kotlin vs. Java: What Should You Choose for Your Next Project?

Kotlin vs Java: Is Kotlin better than Java? Is there a big difference between Kotlin and Java? This blog post will help you answer all these questions. According to a survey, 36 percent of developers use Java compared to eight percent who use Kotlin. Java has been a popular choice for mobile and web applications for the past two decades. On the other hand, Kotlin is Google’s official programming language for developing Android apps.

Is Kotlin difficult to learn?

Kotlin language is very easy to learn. Developers interested in Kotlin must master the basics first and then learn more about design and syntax capabilities. Developers with Python or Java backgrounds can learn Kotlin faster.

Let’s take a look at the key differences between Java and Kotlin:

A competitive analysis of the remaining features:

Kotlin is a programming language inspired by Java and developed exclusively for Android development. Developers can get things done with fewer lines of code using the Kotlin language.  However, for developing client-side applications and web applications, developers can choose Java over Kotlin.

In the end, developers should take their pick as per their project’s requirements. They should also list the pros and cons of each language to make an informed decision.

Are you an experienced Kotlin or Java developer looking for a long-term, high-growth remote job?

How is Kotlin different from Java?

Kotlin is an enhanced version of Java. The language improves on Java aspects that previously made Android development time-consuming. Kotlin is faster and can compile code in fewer lines than Java.

Should I learn Java before learning Kotlin?

What are the features of Kotlin?

Kotlin has many smart features like smart casts, lazy loading, null safety, and exception handling, among others. Article Name
Kotlin VS Java: What Should You Choose?
Description
Kotlin vs Java: Kotlin is an open-source, statically typed, platform-independent programming language. Java is a secure, robust object-oriented programming
Author
Ashwin Dua
Ashwin Dua
Ashwin is a content writer who has written several content types and has worked with clients like IRCTC, Hero Cycles, and Fortis Healthcare, among others.
Related Blog Posts
Comments