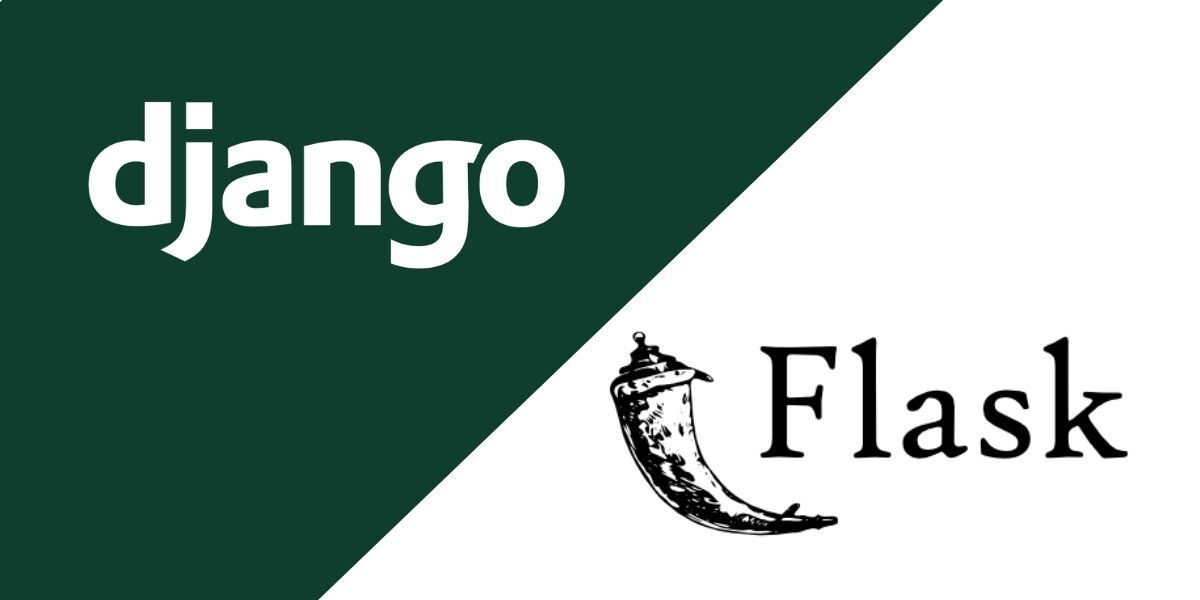 Django vs. Flask: Which Framework to Choose?

Django vs Flask, which of these two Python frameworks is better for web development? Many Python-based web frameworks make it easy for developers to create scalable apps quickly. These frameworks can handle everything from simple to complicated websites.

Django vs Flask is a popular debate topic because both languages are similar in many ways.

In this post, we’ve provided an overview of Django vs. Flask to help you understand the applications of each.

Django vs Flask: What is Django?

Django is a web framework for rapidly developing applications. Two programmers at the Lawrence Journal-World newspaper, Adrian Holovaty, and Simon Willison, built Django in 2003 when they grew tired of PHP and moved to Python.

Named after the musician Django Rheinhart, the duo created Django to make Python more scalable in the long run. Initially, Django was intended to be only a Content Management System (CMS).

When should you use Django?

Django allows users to construct web applications quickly. As a result, users can speed up complicated web development using Django. Django was even named one of the top 10 frameworks for web app development in the Stack Overflow 2020 Developer Survey.

Which companies use Django?

Here’s a list of a few companies that prefer Django over Flask:

Django vs Flask: What Is Flask?

Flask is a Python-based microweb framework. It is called a microframework because it does not necessitate using any specific tools or libraries. For example, it doesn’t have a database abstraction layer or other components that rely on third-party libraries to finish tasks.

Deny.py, the first version of Flask, was created as an April Fool’s joke. It was a single file that didn’t require any installation or configuration. The project’s popularity demonstrated that a framework with few-to-no dependencies could be useful, and as a result, Flask was born.

When should you use Flask?

Flask is a back-end web development framework used to create server-side apps. Flask’s most compelling feature is its ability to build apps from the ground up. In addition, Flask provides reduced development time and faster run times.

Which companies use Flask?

Here’s a list of a few companies that prefer Flask over Django:

While Django is a full-featured framework that takes care of a lot of the heavy lifting for its users, Flask gives complete control on a smaller scale.

Django vs. Flask: Here’s a quick rundown of the significant differences between the two.

Related post: React vs. Angular: Which JS Framework Should You Choose?

Although Django and Flask share many similarities, selecting the correct framework depends on whether you want to work on something simple or complex. But in general, Django outperforms Flask in several areas.

Wish to join top US companies as Django or Flask programmers? Visit Turing.com. You can join the top 1% of 1 million+ software developers and engineers by applying to Turing.

Article Name
Django vs Flask: Which Python Framework to Choose?
Description
Both are Python-based, free, open-source frameworks. But who takes the lead in this Django vs Flask battle? Keep reading to find out!
Author
Ankit Sahu
Ankit Sahu
Ankit is a writer and researcher who has extensively worked on blogs, emails, websites, applications, video scripts, and social media content for Govt. of India (Ministry of MSME and CBSE), global brands (Reebok and Abbott Healthcare), and homegrown brands (Republic TV, TimesPro, Chitale Bandhu and Kolte Patil Developers).
Related articles
Comments