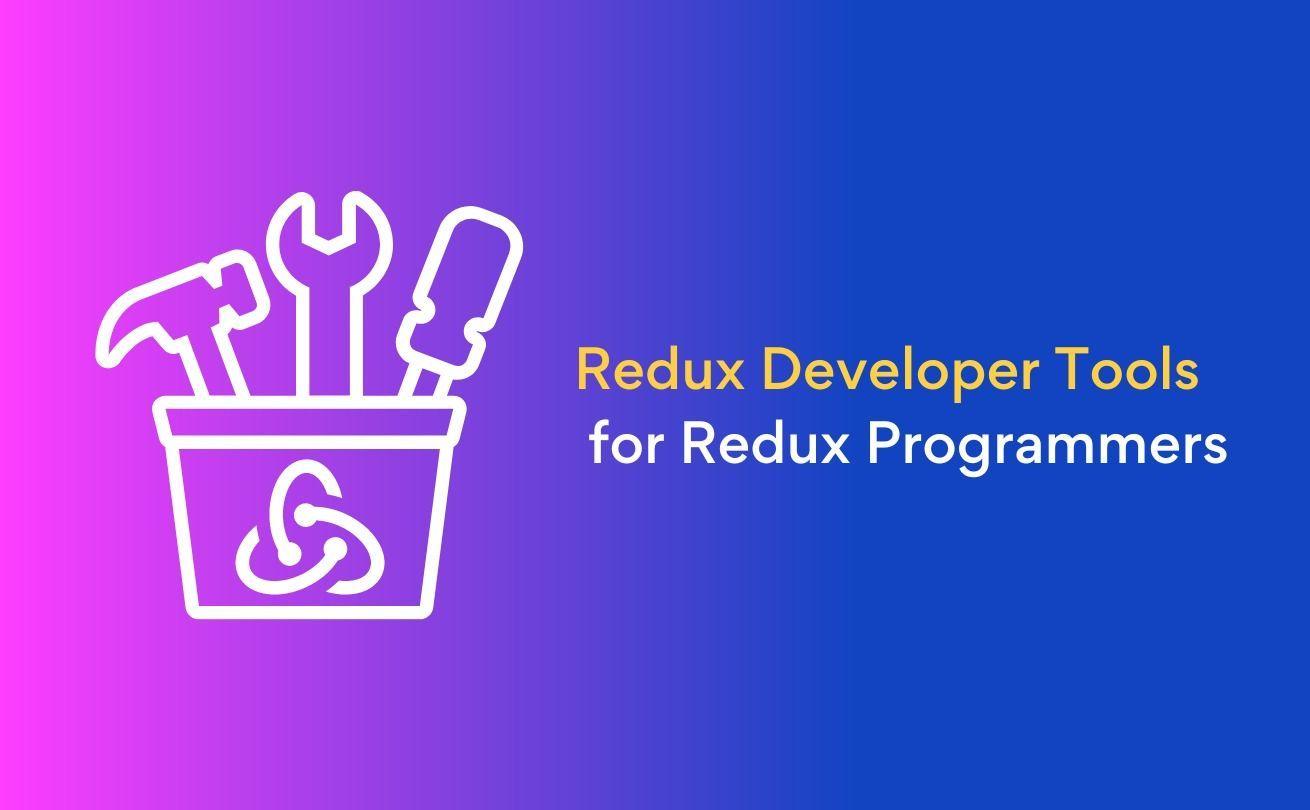 Redux is a lightweight JS library with a simple API to implement in the applications. Today, Redux developer tools are assisting Redux developers in enhancing their productivity and refining their output for different projects.

In this article, we will discuss different Redux developer tools and their features.

In JavaScript, state management refers to tracking changes to your application's data over time. This can be done in several ways but typically involves keeping track of how and what data has changed. Redux, along with MobX, Flux, and Apollo, is a popular state management solution for JavaScript applications.

Redux is also a powerful library for JavaScript applications. It is most commonly used with React but can also be used with other frameworks.

Redux is a small library, but it has a lot of features:

So, using developer tools while making applications or learning software development won't make you less of a developer than a vanilla programmer.

Some of the benefits of using Redux developer tools are:

Some of the widely used and best Redux developer tools include:

This tool provides a comprehensive UI for debugging and inspecting Redux applications. It includes time-travel debugging, hot reloading, and a visual diff of Redux state changes.

The extension provides many features that are beneficial for debugging and developing Redux applications:

ReduxLogger tool is a logging tool for Redux that provides valuable debugging information about actions, state changes, and the Redux store.

It is beneficial for debugging purposes and can be used to track down errors and bugs in Redux applications. ReduxLogger is easy to set up and configure, and it offers a variety of features and benefits, which make it an essential tool for Redux developers.

Some of its key features include:

The Redux-immutable-state-invariant is a middleware for Redux that helps to keep your state immutable and prevent unexpected mutations.

It will throw an error if you try to mutate your state, which can help catch bugs early on and prevent unexpected behavior in your application.

This helps to ensure that your state remains consistent and is not accidentally modified.

Some benefits of using Redux-immutable-state-invariant:

In conclusion, the Redux developer tools are a must-have for any Redux developer who wants to debug their application efficiently. The tools mentioned above are highly recommended if you are planning to develop Redux applications.

If you're keen on learning more about Redux or other languages, check out Turing's knowledge base; it has an abundance of informational and learning material on different tech stacks and their advancements in the industry.

How to Build React Apps Using Redux as an Expert

Are you planning to work on a React application but aren’t sure how to get started...

Go/Golang has been popular ever since it was developed. Golang developers tools have helped...

Top Books on Redux Every Software Developer Should Read

C++ Tools Every Programmer Should Know in 2023

What is a typical use case for Redux?

Redux is typically used for managing application state, including user interface state, data from a server, and application-level caching.

Which is the most popular Redux developer tool?

Many Redux developer tools are incorporated into different kinds of applications today. But one of the most popular tools in Redux is the Redux DevTools extension.

How do Redux Dev tools integrate?

How do I open Redux DevTools in Chrome?

Can I use Redux Developer tools without React?

How do I dispatch actions in Redux dev tools?

To dispatch actions in the Devtools extension, click on the "Dispatch" button in the extension UI.

How do I use the Redux Developer Tools?

Once you have installed the Redux Developer Tools, you should see a new tab called "Redux" in your browser's Developer Tools. Simply switch to that tab, and you will be able to see all of the actions that have been dispatched and the current state of your Redux store.

What is the Redux extension?

The Redux extension is a browser extension that allows you to inspect the Redux store in your browser. It will enable you to see the state of your store and the actions that have been dispatched.