Random Forest Algorithm - How It Works & Why It’s So Effective 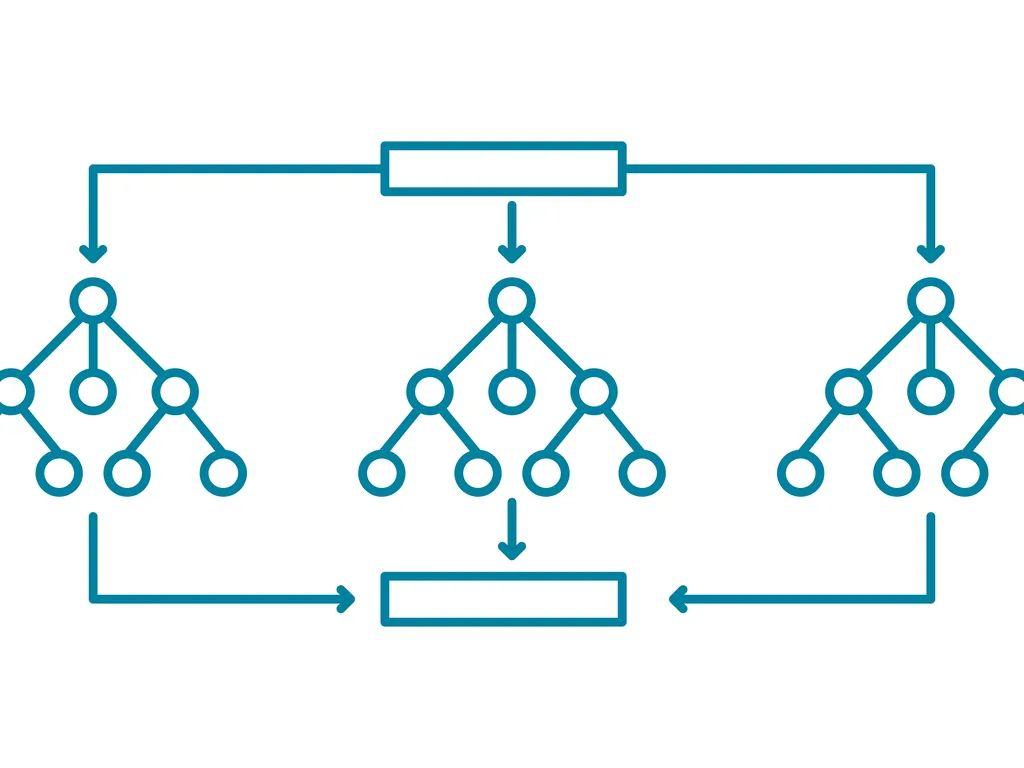 The capacity to correctly classify observations is helpful for various business applications, such as predicting whether; a specific user would buy a product or a loan will default or not.

Classification algorithms in data science include logistic regression, support vector machines, naive Bayes classifiers, and decision trees. On the other hand, the random forest classifier is near the top of the classifier hierarchy.

This article will deep dive into how a Random forest classifier works with real-life examples and why the Random Forest is the most effective classification algorithm. Let's start with a basic definition of the Random Forest Algorithm.

What is Random Forest Algorithm?

Random Forest is a famous machine learning algorithm that uses supervised learning methods. You can apply it to both classification and regression problems. It is based on ensemble learning, which integrates multiple classifiers to solve a complex issue and increases the model's performance.

In layman's terms, Random Forest is a classifier that contains several decision trees on various subsets of a given dataset and takes the average to enhance the predicted accuracy of that dataset. Instead of relying on a single decision tree, the random forest collects the result from each tree and expects the final output based on the majority votes of predictions.

Now that you know what Random Forest Classifier is and why it is one of the most used classification algorithms in machine learning, let's dive into a real-life analogy to understand it better.

Robert needs help deciding where to spend his one-year vacation, so he asks those who know him best for advice. The first person he seeks out inquires about his former journeys' likes and dislikes. He'll give Robert some suggestions based on the replies.

It is an example of a decision tree algorithm. Robert's friend used Robert's replies to construct rules to help him decide what he should recommend.

Following that, Robert begins to seek more and more of his friends for advice, and they respond by asking him various questions from which they might deduce some recommendations. Finally, Robert selects the most recommended locations for him, as is the case with most random forest algorithms.

The Working of the Random Forest Algorithm is quite intuitive. It is implemented in two phases: The first is to combine N decision trees with building the random forest, and the second is to make predictions for each tree created in the first phase.

The following steps can be used to demonstrate the working process:

Step 3: Each decision tree will produce a result. Analyze it.

Step 4: For classification and regression, accordingly, the final output is based on Majority Voting or Averaging, accordingly.

The flowchart below will help you understand better: How Random Forest Classifier is different from decision trees

Although a random forest is a collection of decision trees, its behavior differs significantly.

We will differentiate Random Forest from Decision Trees based on 3 Important parameters: Overfitting, Speed, and Process.

The Random Forest Algorithm is most usually applied in the following four sectors:

Although Random Forest is one of the most effective algorithms for classification and regression problems, there are some aspects you should be aware of before using it.

We can now conclude that Random Forest is one of the best high-performance strategies widely applied in numerous industries due to its effectiveness. It can handle data very effectively, whether it is binary, continuous, or categorical.

Random forest is difficult to beat in terms of performance. Of course, you can always discover a model that performs better, for example, neural networks. Still, they take longer to construct and can handle a wide range of data types, including binary, category, and numerical.

One of the finest aspects of the Random Forest is that it can accommodate missing values, making it an excellent solution for anyone who wants to create a model quickly and efficiently.

In short, we can conclude Random forest is a fast, simple, dynamic, and durable model with very few limitations.

What is the use of the random forest algorithm in machine learning?

Why is a random forest better than a decision tree?

Why do we use a random forest classifier?