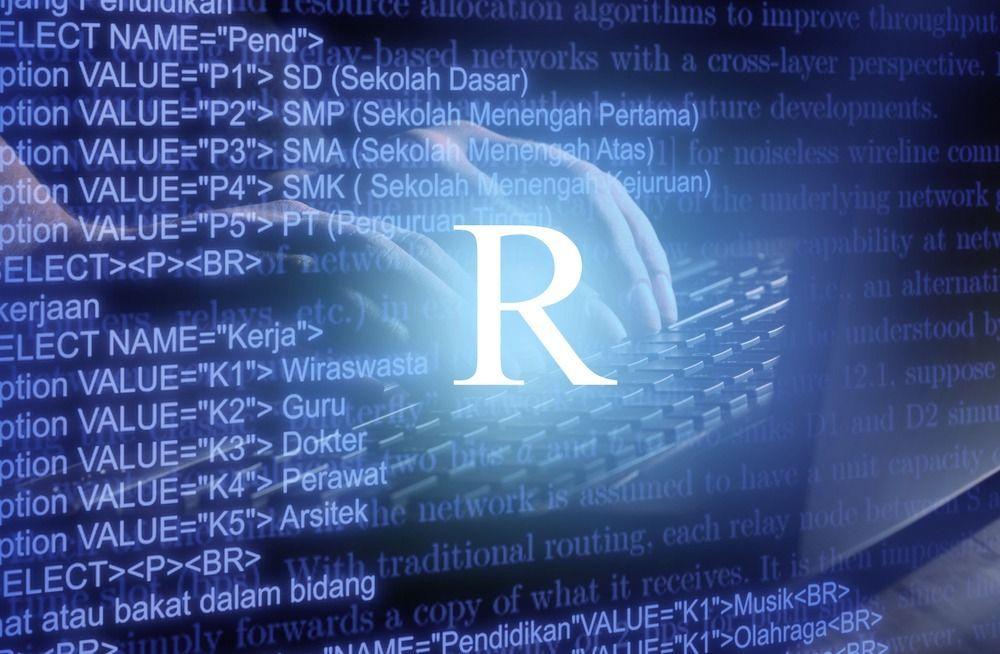 Maximum Likelihood Estimation (MLE) in R programming is a method that determines the framework of the distribution of probability for the given array of data. Statistics, probability, and the ability to foresee outcomes are the keys to various sciences that we indulge in, it’s baffling just how much we leave to estimation.

With any large volume of data, the fastest and easiest way to comprehend the average is to simply get an estimation, and that is exactly what MLE does. It calculates the probability of occurrence of each of the data points for a given set of parameters in a model. MLE is a more structured and graphically semantic method.

In this article, we’ll take a look at Maximum Likelihood Estimation in R programming.

R is a programming language that is engineered specifically for statistical computing including linear and non-linear modeling, time-series analysis, clustering, classification, and classical statistical tests. 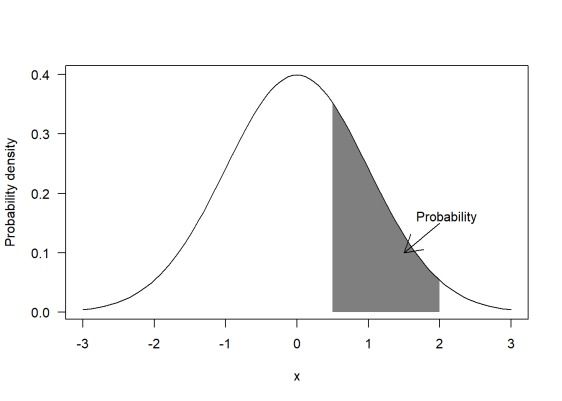 Keeping this in mind, let’s look at how MLE can help with estimations and probabilities to deliver an accurate result by understanding likelihood and the steps involved with calling the function.

Likelihood - what is it?

The ‘Likelihood Function’ is used to estimate the probability of certain events from a given data set. Each parameter specified in the parameter space is assigned a probabilistic prediction by the likelihood function based on the observed data.

Additionally, it usually incorporates data-generation processes along with missing-data mechanisms generated by the provided data set because the likelihood function is a realization of sampling densities.

When represented on a graph, we get something like this. 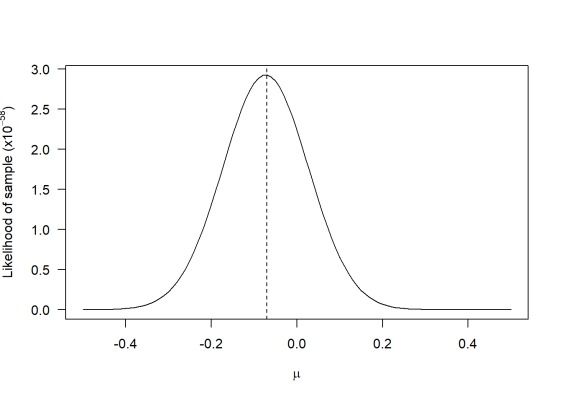 For example, if you try to estimate how many times a coin will land on heads or tails from a total of 10 flips, we would mostly assume a 50/50 chance of each landing. So in this case we would estimate 5 heads and 5 tails.

However, this method is never applicable in the real world where many variables exist. In these cases, we can use the ‘Likelihood Function’ to get far more accurate estimates pertaining to the available data set or sets.

But first there are two steps to be followed for MLE. Declaration and optimization, and we’ll be using the optim command for our optimization.

The maximum likelihood estimation in R programming generally take two arguments. One is that they require a vector of parameters and the other is requiring atleast one data set.

You can have additional arguments if required, but after arguments are declared they must be separated by { }.

In the above code snippet, name is the log-likelihood function while pars is the name of the parameter vector and object is the name of the generic data object. Additionally, it’s important to ensure there are at least 2 elements.

So when compared to the graph for likelihood above, we get something like this. 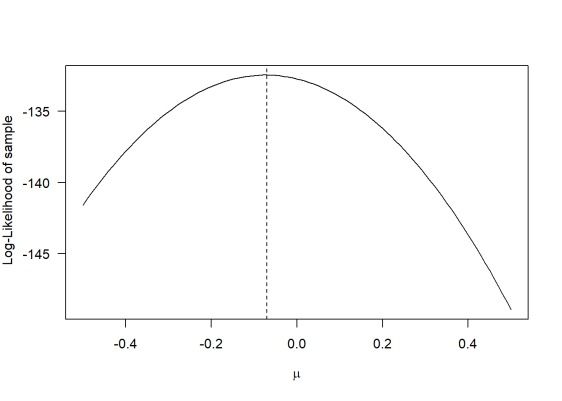 2. return - return a value negative one times the log-likelihood.

You may also need to make other declarations such as temporary variables in the log-likelihood function or partitioning a parameter vector.

In this scenario, we’ll assume the Poisson log-likelihood function which is given in the equation below.

The last part of the equation does not contain the parameter μ, which means it can be ignored. This makes the equation as:

Now include it in the syntax:

The next step is to optimize the log-likelihood.

For this step, we are using theoptim command. You can use other optimization routines such as nlm or constr0ptim, but for now we’ll focus on the optim routine.

The base specification for optim is as follows:

Now enter our starting values followed by the log-likelihood function we wish to use and finally declare the data and the end.

By default, the function utilizes the Nelder-Mead algorithm, however, you can change the algorithm by specifying method=”BFGS” to use the BFGS algorithm or method=”L-BFGS-B” to use the L-BFGS-B algorithm.

Let’s look at an example.

Assuming an unknown value to be in the MLE of poisson distribution. Now grab the estimates from the parameters by declaring the log-likelihood function poisson.lik.

Here, if we use the BFGS method, we end up with code like this:

In this instance, 1 is our starting value, and y refers to the generic data objects. It’s important to ensure the vector data is equated with y.

Finally, we move on to the output.

Since we used the optim function there are various pieces of output. This is true for other routines as well, but below are the general outputs you will get while using optim.

Let’s move on to the advantages of MLE for statistical computing.

It can be argued that other methods such as LSE (Least-square estimation) can be used successfully with zero error. But when it comes to estimating results from a large volume of data, MLE can’t be beaten.

There are many ways to estimate values from a given data set and other methods, in comparison, are more useful when it comes to smaller data sets. But MLE plays a huge role in estimating values for huge data sets.

Moreover, if you aren’t comfortable with the R programming language or other statistical computing languages, you can achieve the same or similar results on Python.

In simple terms, when it comes to quantitative disciplines and calculations, it’s far better to replace LSE with MLE.

While MLE can be used for any data sets including variables and multiple parameters, it is generally used to manage enormous amounts of data. Fortunately, MLE can be scaled up or down depending on the size of data provided and various parameters that are to be considered.

The information provided above can give you a basic understanding, however, there are many different methods, functions, and commands that can be used depending on the application. MLE in R programming can be extremely useful especially when you are managing and analyzing big data.

What does maximum likelihood mean in statistics?

In statistics, maximum likelihood estimation (MLE) describes the process of estimating the parameters of an assumed probability distribution from the observed data.

What is the difference between MLE and MAP?

The MAP estimate will use more information than MLE does. Specifically, the MAP estimate considers both the probability and the prior knowledge of the system's condition.

Why is the maximum likelihood estimator a preferred estimator?

What is the difference between likelihood and probability?

3 Steps to Help You Build a Powerful Web Developer Portfolio

A web developer portfolio is like a 21st century modernized resume. It mainly consists of your best built projects, a summary of your skill set, and your achievements.