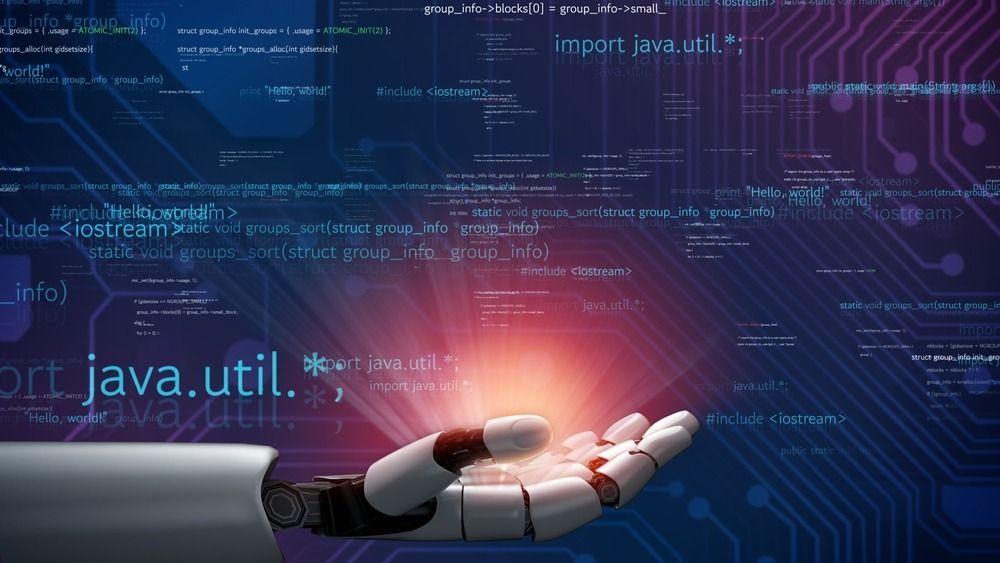 Over the years, the implementation of robots in various avenues has seen a massive spike in popularity, not just with high-end developers but also among enthusiasts. And with Java and Python being two of the most popular programming languages, it begs the question: which of them is best suited for programming robots?

Let’s take a look at how to use Java and Python in robotic programming and understand the different use cases for each.

What Java brings to the world of robotics

Java has always been considered reliable for programming. It’s one of the most robust, device- and platform-neutral languages. But when it comes to robotics, it isn’t necessarily the most efficient nor does it have the flexibility of other robot-specific programming languages. Yet, this doesn’t mean Java should be pushed aside.

For example, you can use Java Speech API to introduce language to your robots, and further improve upon the voice model by using the Speech Synthesizer API. You can also use Java’s Computer Vision API which allows you to execute code on a camera connected to your robot’s controller to provide you visual feedback.

Here are some benefits of using Java in robotics.

Java has some of the most powerful AI features to automate production processes. Some examples are mining machinery or assembly line robots that eliminate the need for human intervention. This also enables much faster production rates, is safer, and more efficient.

Java’s JVM (Java Virtual Machine) enables users to reuse their code on different machines, which is useful for reducing overall development time. It also leads to a better end-product. In addition, reusing code allows users to add better features and functionality as time goes on.

Java allows users to create highly efficient algorithms. It can help with ML neural and search algorithms as well as other functions like language processing.

For all its benefits, Java isn’t without its share of shortcomings.

A major disadvantage of Java is the need to have JVM installed to run Java programs. JVM lacks considerably in the performance and memory bandwidth areas, which make it cumbersome and time-consuming.

Java has very rigid syntax rules that have to be followed. For example, users need to put multiple lines inside curly brackets to define a block. The code will not run if there is any anomaly in the variables of the code or syntax.

What Python brings to the world of robotics

Python is a user-friendly and dynamic language. When it comes to automation and post-process programming, it generally surpasses most other machine languages. And unlike other platforms, it uses far fewer lines of code.

Python is useful in situations like testing robotic prosthetics and other advanced robotic mechanisms. Toolkits such as Robot Framework, Pyro, and Pybotics are very useful in programming various components and controllers on a robot.

Unlike most other high-level language programming, Python is extremely easy to learn and read, albeit with a little bit of training. Unlike Java, it does not follow very strict syntax rules.

Python has a huge library of functions that can help new users get acquainted with robotic programming or help reduce redundancy for experts. Additionally, Python also enables users to quickly reuse code just like Java, but more efficiently.

Python is backed by a large community from various regions and language backgrounds, enabling users to quickly get on board. It’s extremely easy for newcomers to get their doubts and queries answered by one of the most helpful communities in programming.

Like Java, Python does have its share of limitations that prevent it from becoming the go-to language for robotics.

If users are working on big projects with multiple collaborators, writing code in Python can get extremely messy and increasingly difficult to debug as the code gets longer.

Due to the fact that Python is an interpreted language, it can sometimes be hard to spot errors, which can lead to issues during execution. This holds true even with smaller projects that have limited code.

Python is ‘A Jack of all trades, master of none’. It’s an extremely useful language to learn and it’s ideal to use in many scenarios. However, unlike robot-specific programming languages, it does not do anything particularly well.

In the end, it doesn’t really matter whether you use Java or Python for robotic programming, as they both perform similarly but across different tasks. You will still need to pair them with other high-level programming languages like C++ or C# to get the best results. And for many, it comes down to individual preference at the end of the day.

With the ‘Cambrian Explosion’ of robotics just around the corner, there’s a lot to look forward to in the world of robotics, artificial intelligence, and automation. AI stands to reason that there are multiple ways to solve a single problem, which is in stark contrast to the ideologies of Python which state that there should ideally be only one solution.

Similarly, the schools of thought being adopted by different institutes signifies the various ways robotics can be applied in our daily lives. These include no-code programming, end-to-end robotic workcells, and artificial general intelligence.

Each of these philosophies excel in different functions. For example, no-code programming focuses on drag-and-drop interfaces that can help speed up automation processes on manufacturing floors. It also enables users who aren’t familiar with code to program their robots. Lastly, the emergence of fullstack robots and the birth of robots-as-a-service proves to be the most significant evolution of robotics we can expect in the near future.

How to Use Python Language for Server Side Language

The server is a client-server model in the infrastructure of the internet. Whenever a client browser visits a web page, it generates an HTTP request...