Scope Creep: How It Affects Your Project and 5 Ways to Prevent It 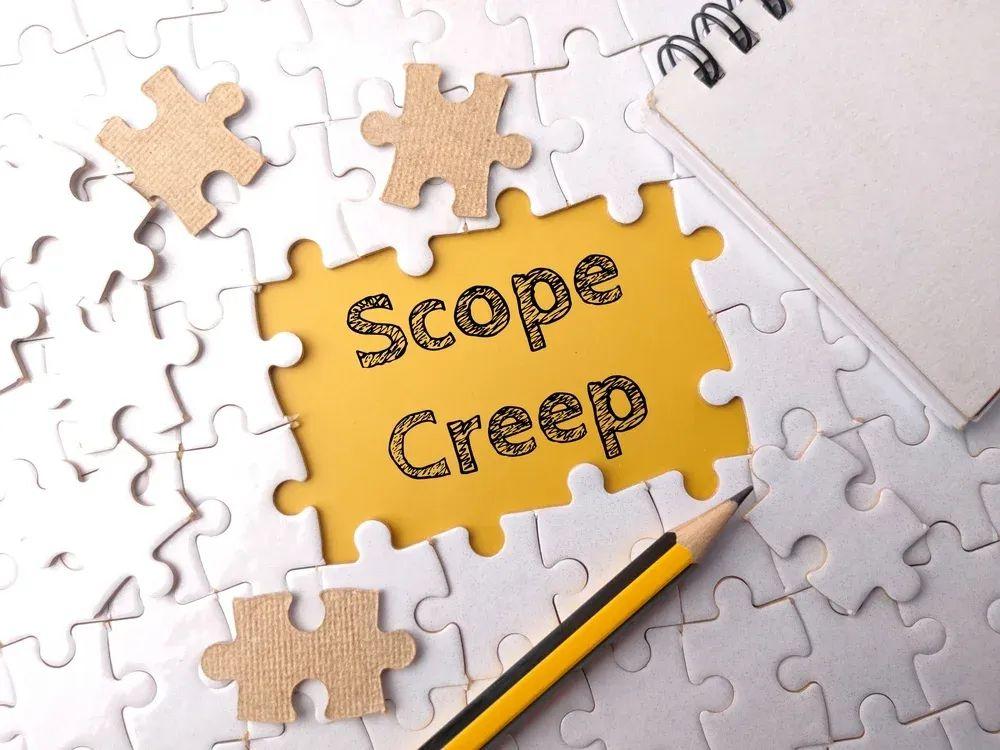 Scope creep is a nightmare of sorts for many project managers. It can happen in any project and might end up in wastage of time and money, low satisfaction, and failure to meet the project's expected value.

On the flip side, scope creep can also happen when a client discovers that the company has capabilities that they were previously unaware of or when the client realizes new details about a competitor's product. With this information, the client pushes for changes to the project, which are often made at little or no extra cost to the client.

According to a report by Project Management Institute (PMI), nearly 50% of the projects experienced scope creep or uncontrolled changes to the project’s scope. Therefore, scope creep has become an integral part of many projects and operations in 2022.

So, what are the possible detriments of scope creep? Are there any sustainable solutions to avoid scope creep or prevent it from occurring altogether? Does scope creep also bring desirable outcomes along the way? You are about to get answers to all these questions in this article. Keep reading.

But, before jumping to other questions, let's first try to define project scope and scope creep.

What is scope creep in project management?

When you make changes without using control methods to any project scope, it leads to scope creep. For example, change requests can also result in scope creep. These changes impact the project timeline, budget, costs, and resource allocation and may jeopardize the achievement of milestones and objectives.

Practically speaking, the requirements of all projects will vary over time; but in the case of scope creep, these changes are not approved by all parties. Scope creep can emerge intentionally, such as when an unethical client tries to get more out of a project than what they have paid for, or unintentionally when the project manager underestimates the time frame required for quality assurance and thus misses a deadline.

According to various reports and indices, nearly half of all projects experience scope creep in one way or the other due to multiple factors. And the number is only increasing every passing year despite many technological advancements.

So, what causes scope creep? Well, there are multiple reasons.

What are the causes of scope creep?

Some of the foremost reasons for scope creep are listed below.

Effective communication between the project manager and the client is key to the success of any project. If the project manager does not adequately understand the requirements, the project outcome will be completely different from what the client envisioned. Clients are sometimes to blame, especially in creative ventures. Often, they lack a clear picture of what they desire, leading to even more confusion.

Defining the project’s scope before beginning with the project execution is crucial for the project's success. Unclear and vague definitions often lead to confusion and scope creep.

Sometimes scope creep occurs when the client requests modifications in the project somewhere in the middle of the process. It demands unplanned expenditures. The project may witness time and cost overruns in such cases of over-extraction.

Adhering to effective project management practices is a good old method to stay on track with the project scope. Any significant deviations can lead to scope creep and derail the entire project.

Consider this scenario: a client requests a simple adjustment during a kickoff meeting, and you know this will take you only an hour to make. Naturally, you won't think to note that modification, but these occurrences can add up over time and cause project delays.

4. Lack of a centralized decision-making authority

Some amount of autonomy for the team members is desirable and facilitates a healthy work culture. But, giving major decision-making powers to multiple team members, with each one having a different vision about the project, can lead to chaos and displacement of goals. In the long run, this will lead to scope creep.

How does scope creep affect a project?

From exceeding the budget to missing the deadlines, scope creep affects your project in several ways. Some of the important detriments of scope creep are listed below.

Your team will spend extra time going back to the drawing board, reworking and tweaking things, or adding new features that will not be accounted for in your initial estimates for the project.

Scope creep raises the cost of the project and lowers the profitability of your project due to the additional and unaccounted staffing hours.

Scope creep causes work to be delayed and deadlines to be missed. You're bound to miss your deadline when you add additional work to your project’s scope and have to juggle prior commitments.

Besides, you may also have to choose between delivering the high-quality work you're known for and completing whatever you can within your client's deadline.

Despite your team's heroic efforts to include everything your client wanted and more, they may never be satisfied with the outcome. Working outside the scope of your original project may detract from what your client wanted.

Adding too many unwanted features or delivering the project much later than expected aren't good ways to build a reputation.

While extreme scope creep can be catastrophic, some amount of scope creep is considered a good thing in many ways.

If the project team is external, the additional work caused by scope creep can justify a request for an increased budget estimate, resulting in increased project revenues.

Additionally, taking on additional work by a project team can improve client satisfaction and the project team's reputation, so long as the extra work does not interfere with completing the defined initial project scope.

What are the positive impacts of scope creep?

Depending on the situation, scope creep can be a blessing in disguise for your business. Some of the advantages of limited scope creep include the following.

Accepting change requests shows that your team is willing to go the extra mile for the client. It enhances your market reputation, and it ensures not only attracting new customers but also ensuring that previous customers return for future projects.

When your features are frequently updated, the final product will be able to meet market requirements quickly. However, you should make the changes following the project's constraints, and they must reflect in revised deadlines and budgets.

Limited scope creep means accommodating additional features as and when requested by the client. It gives your company the bargaining power to charge a higher sum from your client for fulfilling all the additional demands and extra hours of effort you've put in. Additional revenue fetches increased profits.

You can reduce scope creep to a great extent and keep it under control for desirable project outcomes. Some amount of scope creep could also be beneficial for your organizational growth. So, let's discuss some methods to deal with scope creep.

Defining your project scope or statement of work (SOW) is the most critical thing you can do to avoid scope creep. Consult with all project stakeholders and users to determine what they expect from the project. Make a list. Manage disagreements. Find the right person to mediate with and decide if one of the stakeholders and the client have conflicting viewpoints. Prioritize requirements because you may not be able to complete them all.

2. Update all the stakeholders about changes in the project scope

If your project team reports to someone who wasn't involved in approving the original project scope, you should meet with your manager to ensure you're on the same page on key milestones and deliverables. If the project's scope changes, notify both your direct manager and the original signatories — don't assume the client has regular internal communication about the project's status.

3. Create a clear schedule and prioritize your tasks

It is essential to work on a schedule and create a list of critical tasks to be completed to complete the project. Many new project management tools and methodologies require the use of a priority list.

This way, you can keep your team informed and prevent them from wasting time on unimportant tasks.

Don't stop by informing the changes with your client. Keep your team members informed as well.

When project team members want to help, they may agree to make a change without going through the formal change management process. Explain that they can't say yes to changes unless approved, as this would disrupt the project plan and potentially lead to scope creep. Explaining the change control process and offering to assist with documenting the change are the best ways to help a stakeholder.

5. Don't hesitate to say NO when it matters

When the situation calls for it, a project manager must be able to speak up to stakeholders and refuse change requests. You must explain to them how specific changes will affect the overall project.

If there are too many changes requested, request a deadline extension. Timely and appropriate communication with clients can save you a lot of headaches later on.

To summarize, Scope creep is an unavoidable part of project management. Not only is it inevitable, but when kept under control, it can also act as a force multiplier and positively impact your business.

The strategies listed above can help you limit the project's expected value damage. Remember, the key to preventing scope creep is to keep in mind that it is caused by unauthorized changes to a project's scope, which are almost always the result of communication failures and lack of coordination. You can avoid the worst effects of scope creep by keeping clear and constant communication between all project stakeholders.

However, building a strong team requires a strong pool of talented software engineers, which is becoming more scarce. Glassdoor reports suggest that it takes 35 days to hire a software engineer in the US. And the duration is even longer if you're hiring engineers from Silicon Valley.

But, Turing offers you world-class, pre-vetted, Silicon Valley-caliber software engineers within 3 to 5 business days. You can pick engineers from the top 1% of the 1.5 million+ engineers from Turing's Intelligent Talent Cloud.

Start hiring developers and spin up your engineering dream team with Turing now.