How Can Blockchain Technology Benefit the Internet of Things? 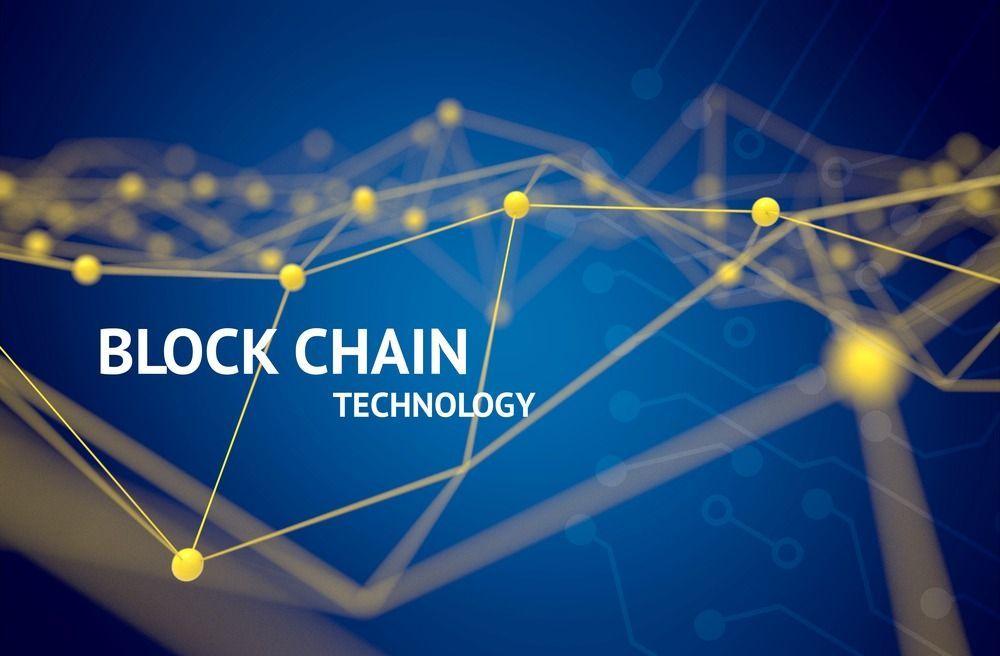 The internet of things (IoT) links web-enabled devices through a cloud-based ecosystem. It has the potential to underpin smart city infrastructure in the future, making communications significantly more streamlined and efficient than they are now. However, one of the biggest challenges for IoT is that it is still heavily reliant on centralized infrastructure. Hackers may be able to access sensitive data as a result of this. Fortunately, it is an issue that blockchain technology can solve.

This article will provide a sound understanding of blockchain and IoT. It will also explain how blockchain technology benefits IoT, and will discuss the various applications and use cases.

An overview of blockchain and the internet of things

The internet of things already includes over a billion intelligent, linked gadgets. But, with hundreds of billions more projected to be produced, we are on the verge of a shift that will affect the electronics sector and many other fields.

Thanks to advancements in IoT, industries can now acquire data, get insights from the data, and make choices based on it. As a result, the information obtained has a high level of "trust".

The question is: do we truly know where this data originates from, and should we be making judgments and transacting based on information we can't verify? The number of IoT use cases is enormous, but they all have the same trust issue.

Blockchain in IoT may provide true confidence in the data collected. The basic concept is to give gadgets an identity at the moment of manufacture that can be vetted and confirmed using blockchain throughout their lives.

Blockchain technology capabilities that rely on device identity standards and reputation systems have a lot of promise for IoT systems. Each device may have its blockchain public key and transmit encrypted challenge and answer messages to other devices via a device identification protocol. This guarantees that the device retains control of its identity. A gadget with an identity can also build a reputation or history that a blockchain can record.

A neighborhood in Brooklyn, New York, is utilizing a blockchain to record solar energy output and permit the purchase of extra renewable energy credits in one of their projects. Through its history of recording and trade, the gadget develops a personality and a reputation. As a result, people may pool their purchasing power more readily using the blockchain, share the maintenance load, and trust that gadgets are recording actual solar production.

A blockchain network's business logic is represented through smart contracts. When a transaction is suggested, these contracts execute according to the network's rules. They can play a crucial role in IoT networks by automating transactions as well as interaction, coordination, and authorization.

Case in point: smart houses are now a thing of the past and almost everything may be connected. Moreover, when something goes wrong with IoT, these devices can even take action, such as ordering a new part. There is a need to control what these gadgets do. And smart contracts are an excellent way to do it.

The capacity to independently manage devices and actions made by devices will become increasingly important as IoT evolves and usage grows. Smart contracts and blockchain are ideally positioned to integrate these features into IoT.

Benefits of blockchain in IoT 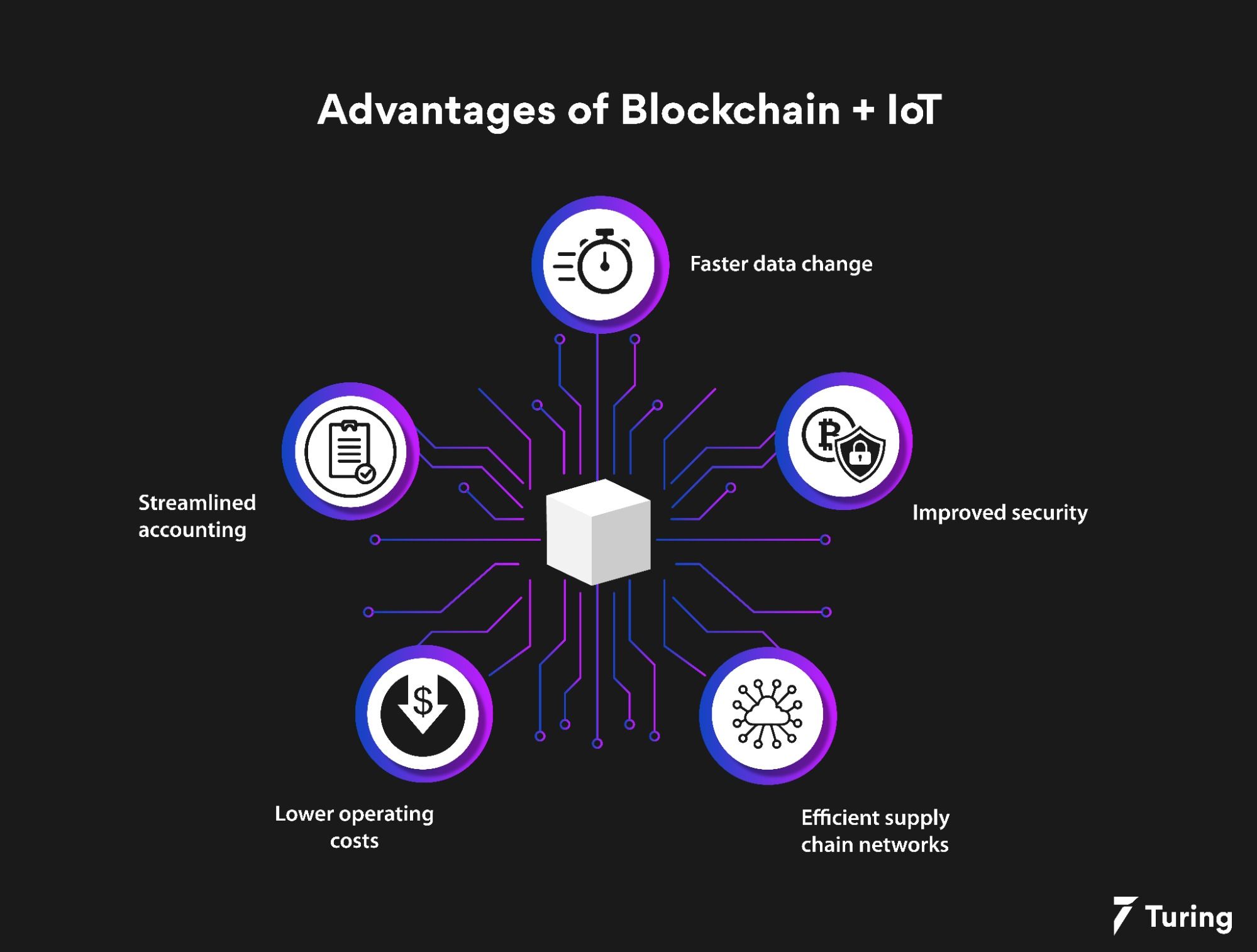 While blockchain and the internet of things are both formidable technologies in and of themselves, combining the two could be extremely beneficial to businesses. BCoT (Blockchain of Things) describes this technology.

Aftrex Market Research lists rapid data change as one of the top benefits. However, Michael Leone, a senior analyst with Enterprise Strategy Group (ESG), feels that the existing blockchain implementation has limits in this area since it restricts the number of transactions per second.

"To manage the volume of data, the number of IoT devices, and the speed at which two parties interact, a more enterprise-grade method, such as a permission-based blockchain, is essential," Leone says. "To manage the performance needs of IoT, a blockchain that can decrease the time it takes to confirm transactions by employing trustworthy nodes is crucial, as is one that can handle the pace of IoT data interchange."

One of the inherent characteristics of blockchain is its capacity to legitimate data and verify that it originates from a trusted source. Because of the large number of devices in the IoT, this is extremely useful.

The combination of blockchain and IoT has the potential to improve secure communications while also strengthening privacy agreements. Having a trustworthy ledger that indicates who has access and is transacting is a massive benefit.

Security measures, such as device authentication, are frequently used by businesses using a mix of blockchain and IoT. However, this is simply the tip of the iceberg regarding blockchain and IoT security issues.

Increasing the efficiency of supply networks is a top concern for many businesses. This process, however, is hampered by a slew of economic and global issues. Blockchain and IoT can increase supply chain efficiency by removing the middleman, boosting transaction speed, and cutting costs.

The potential to lower operating expenses is one of the most lauded benefits for businesses. Data is sent peer-to-peer without requiring centralized management, saving company money and eliminating single points of failure.

Accounting would be one of the first departments inside an organization to benefit from the increased transparency that blockchain and IoT bring.

"Just knowing who is sharing/sending money/data over a linear, time-stamped chain is a victory," Leone says. "A translation layer is essential if you're audited, but the fact that it's a hardened and dependable chain of transactions that can't be modified is a plus for accounting purposes."

1. How does blockchain work in IoT?

Ans: When using IoT, data is shared on many public clouds. There is a high chance of data leaks. Blockchain offers a solution as it enhances data security.

Ans: Blockchain has robust security measures in place to prevent data manipulation, limit access to IoT devices, and can disable compromised devices in an IoT network.

3. Why does the future of IoT depend on blockchain?

Ans: The future of IoT depends on blockchain because it can keep a record of each transaction mode on IoT. It can also make transactions secure in such a way that data cannot be altered.