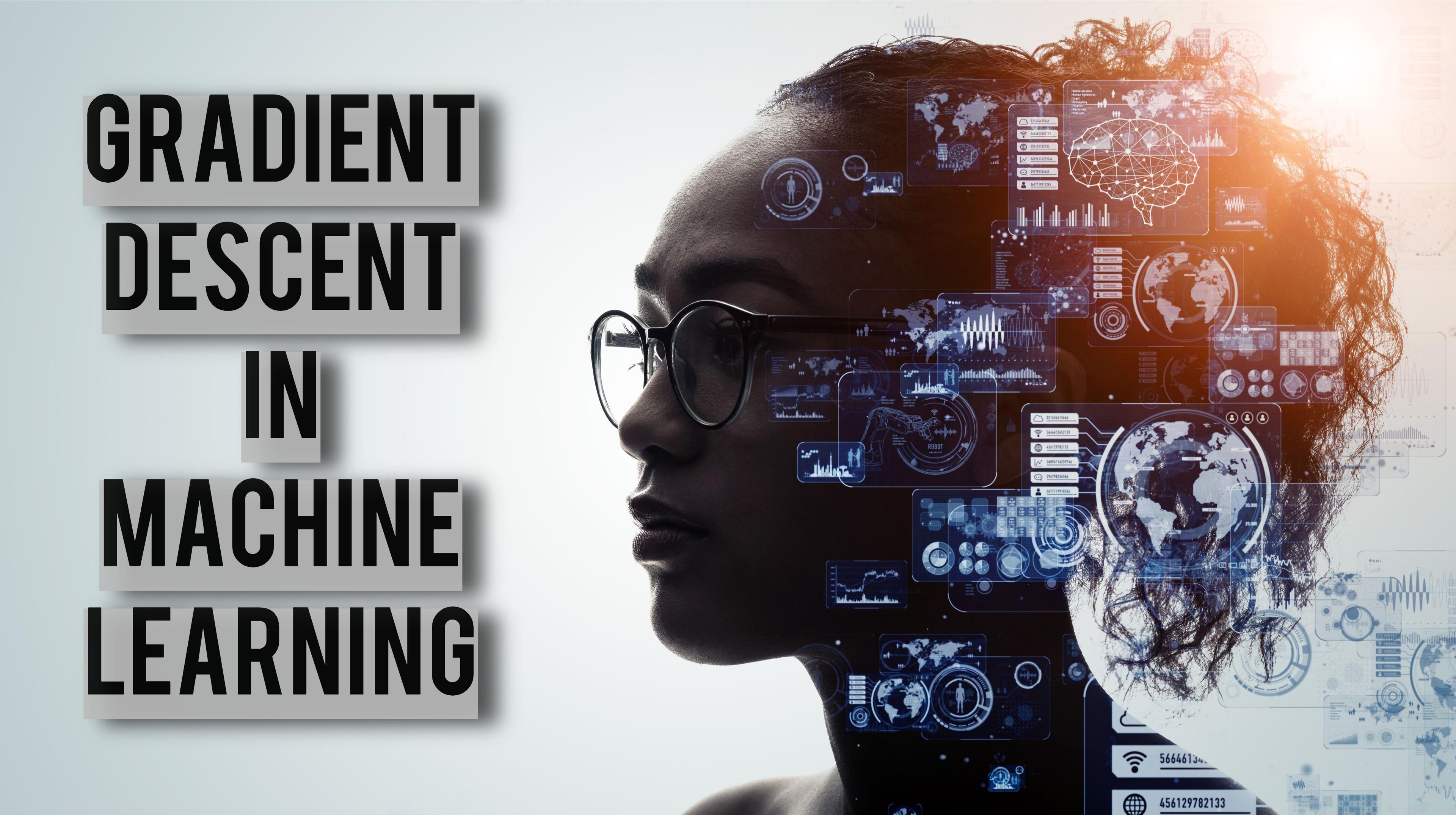 The gradient is multiplied by another parameter known as the learning rate and then subtracted from the current position to obtain the minimum of the function. The learning rate parameter significantly affects the performance of the model. For smaller learning rates, the model may reach the maximum iteration before reaching the optimal point, whereas it may not converge or may diverge completely if the learning rate is set large enough.

The above image shows that for a smaller learning rate (left), the model converges very slowly but more efficiently as compared to the case with a larger learning rate (right). Therefore, choosing an optimized value of the learning rate is crucial to get a model with the best accuracy.

The gradient descent algorithm can be performed in three ways. They can be used depending on the size of the data and to trade-off between the model’s time and accuracy. These variants are:

1. Batch gradient descent: In this variant, the gradients are calculated for the whole dataset at once. Hence, the process is slow and can't be used for huge datasets that don't fit in the memory. However, as it introduces less variance in the parameter updates, it can provide good results for small datasets compared to the other variants.

This method is used to reduce the fluctuations in the stochastic gradient descent algorithm by helping it move in the relevant direction. This is done by adding the update vector of the last step. The step factor is further multiplied by another constant that is usually set to a value close to 0.9.

The RMSprop optimizer is similar to gradient descent with momentum and Adagrad optimizer, but it uses a different method for parameter update. In RMSprop, the oscillations in the vertical direction are restricted so that the algorithm can take larger steps in the horizontal direction. The algorithm uses a decaying moving average that allows it to focus on the most recent observed gradients. Moreover, the RMSprop uses an adaptive learning rate, which means that the learning rate is not a hyperparameter and it changes with time.

The image below shows the parameter update rule for RMSprop. 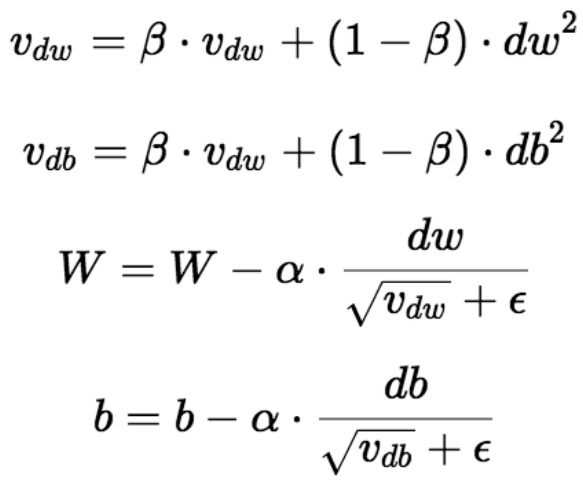 The Adam optimizer is the advanced version of the classical stochastic gradient descent algorithm that inherits the advantages of both Adagrad and the RMSprop optimization algorithms. It adapts the learning rates based on the average first momentum (mean) and the average second momentum (variance). Adam is a popular algorithm in the field of machine learning and deep learning and gives satisfactory results for most problems. It is used as the default algorithm in many cases and is recommended by professionals owing to its outstanding performance.

The image below shows the update rule for AMSGrad.

You can read more about AMSGrad here.

This is a modified version of the Adam optimizer, which uses the concept of weight decay. It is widely used in machine learning to achieve better results. It implements L2 regularization in the Adam along with the modification below.

Gradient descent is a great substitute for an exhaustive search algorithm. It is a brute force approach. It is used to update model parameters and reduce the loss function until it becomes 0 or the maximum iteration is reached. Different gradient descent algorithms can be used depending on the size of the dataset and the speed of training.

The motivation for each algorithm is to rectify the drawbacks of the previous benchmarks while improving its performance or, at the very least, keeping it the same. Even a basic algorithm can outperform an advanced one, depending on the requirements and the dataset.