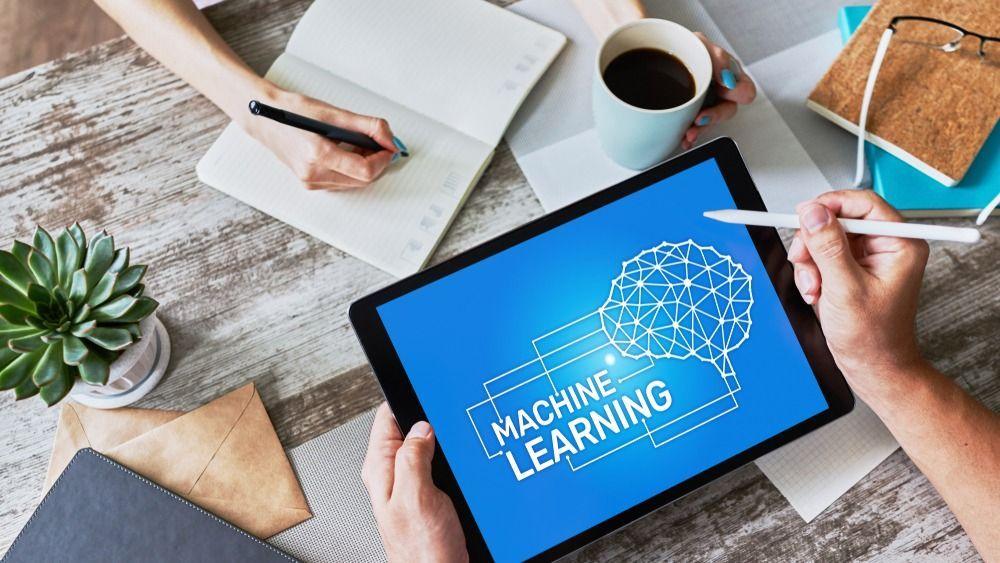 Genetic algorithm in machine learning is mainly adaptive heuristic or search engine algorithms that provide solutions for search and optimization problems in machine learning. It is a methodology that solves unconstrained and constrained optimization problems based on natural selection. You can solve such complex problems quickly that would have taken a much longer time when done manually.

They are one search optimization algorithm that helps in discovering the best possible solution by taking all the constraints into consideration. Moreover, it leverages guided random search, unlike other algorithms. It refers to finding the optimal solution by initiating the process with a random initial cost function and then searching for the one with the least cost in the space. It comes in handy when you are discovering solutions for huge and complex datasets.

What is the foundation of genetic algorithms in machine learning?

Charles Darwin's idea of natural evolution served as an inspiration for genetic programming in machine learning. It showcases how natural selection works in humans, where the fittest individuals are chosen for reproducing offspring to take the present generation ahead.

To put it simply, it refers to the survival of the fittest for solving a problem amidst the individuals of consecutive generations.

In order to understand the simple genetic algorithm and how it works, there are some basic terminologies that will help you understand it better. We have described them below.

Now let’s move on to understand the working of genetic algorithms in machine learning.

There are five phases that illustrate the entire process of how this algorithm works. 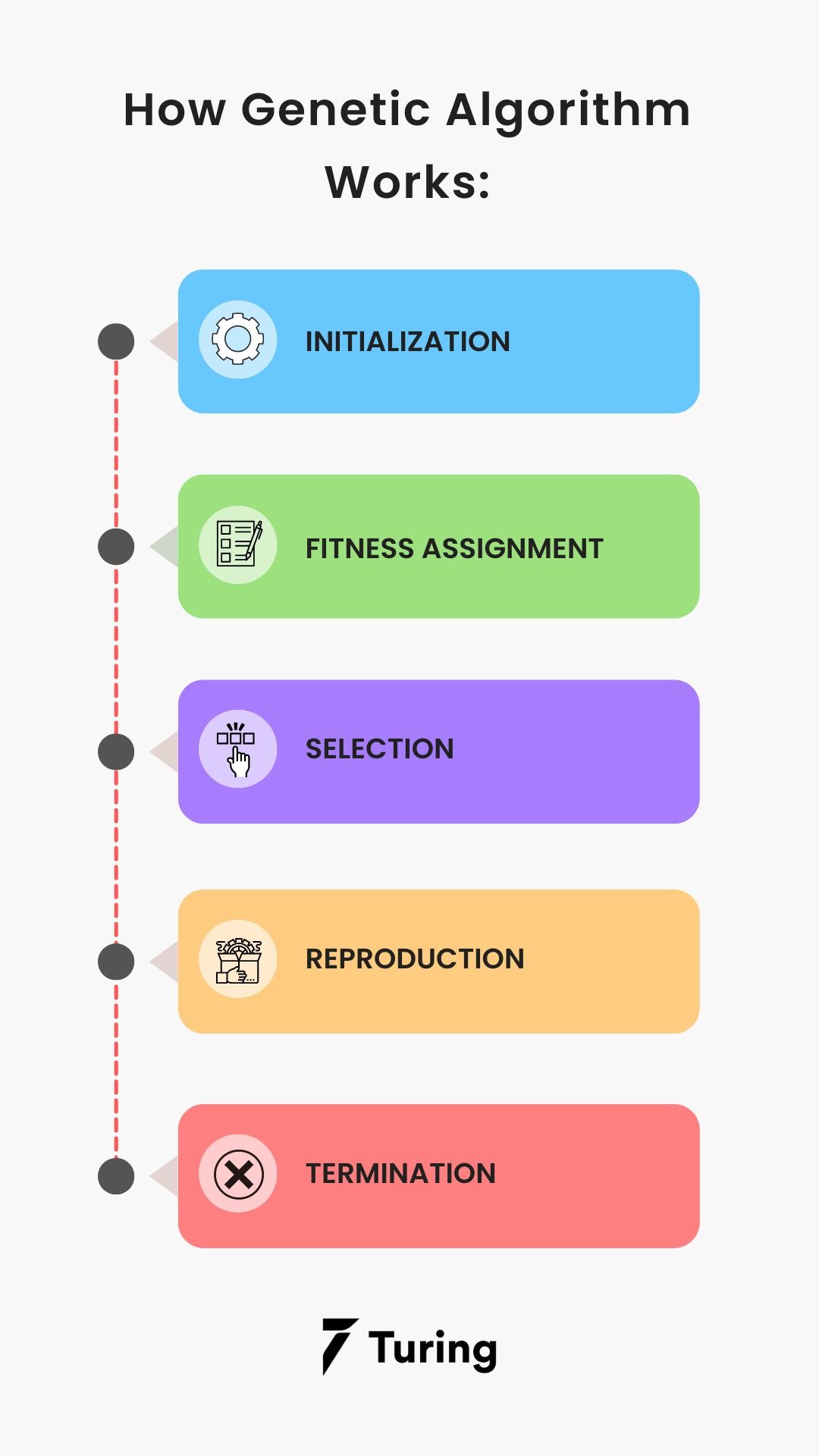 The working of genetic algorithms starts with the process of initialization where a set of individuals is generated that we refer to as population. It contains a set of parameters called genes that are combined into a string and generate chromosomes. These chromosomes are the solution to the problem that are derived by the technique of random binary strings.

The fitness function of the genetic algorithm determines an individual’s ability to compete with other individuals. It provides the score to each individual that determines its probability of being selected for the process of reproduction.

Higher the fitness score, greater are the chances of an individual getting selected for reproduction.

In this phase, out of all the steps of genetic algorithm, individuals are selected to produce offspring by arranging them in a pair of two. Three types of selection methods are leveraged in this process that are listed below.

In the reproduction step, the genetic algorithm leverages two variation operators. These are applied to the parent population. These two operators are:

In this process, a crossover point is selected within the genes randomly. This operator then swaps the genetic information of the two selected parents or say individuals from the current generation to produce an offspring.

The genes of the chosen fittest parents are exchanged until the crossover point is met. When the process ends, an offspring is produced that includes genes from both the parents.

In this process, a random gene is inserted in the offspring in order to maintain the diversity in the population. There are three types of mutation styles available namely flip bit mutation, gaussian mutation, and exchange or swap mutation.

This operator helps in resolving the premature convergence issue and enhances diversification in the population.

Now that the offspring is produced, the reproduction face is terminated by applying a stopping criterion. The algorithm reaches the end of the process after the threshold fitness solution is reached. Further, it identifies the final yet best solution in the population. 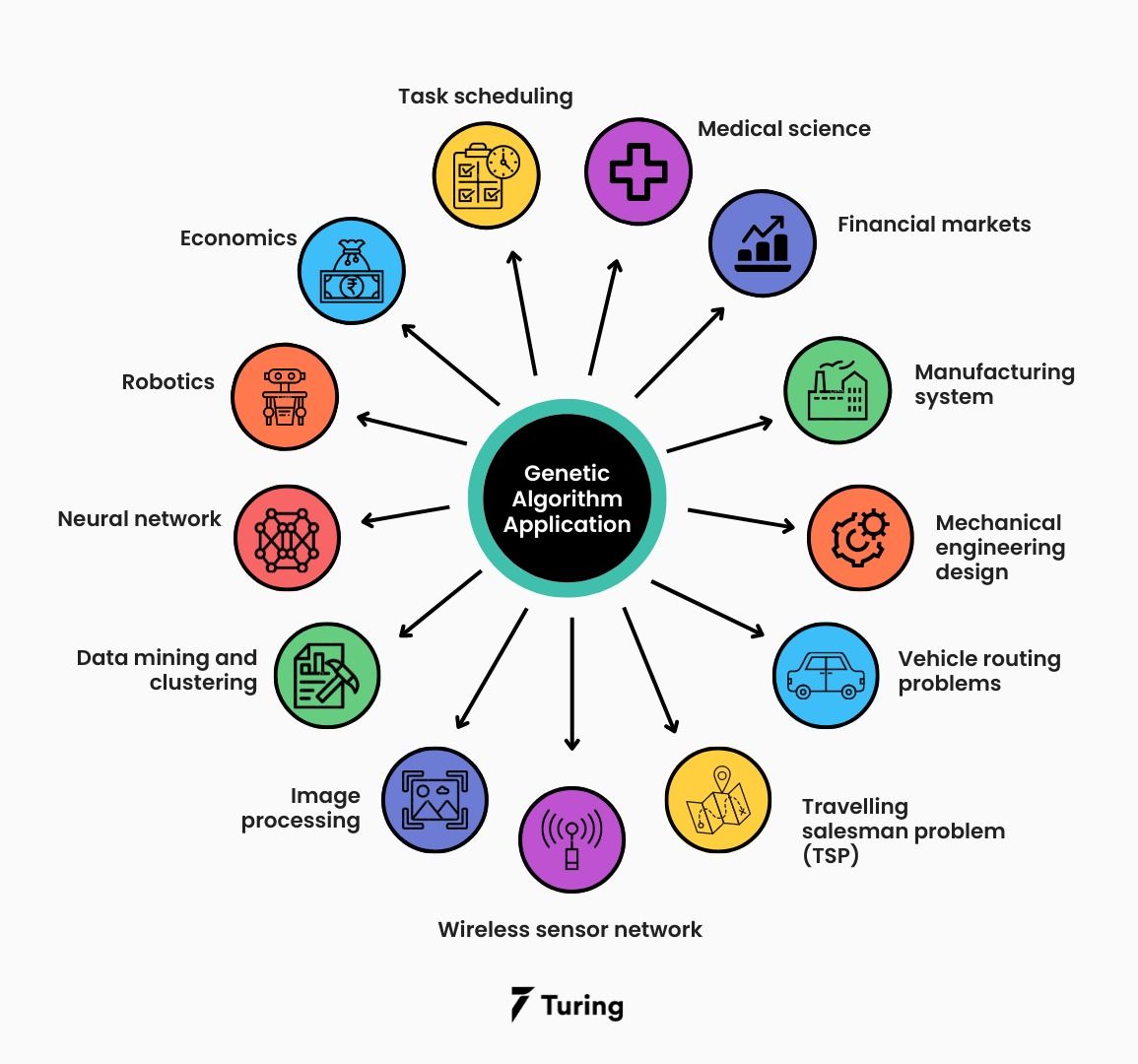 Data mining and clustering use genetic algorithms to find out the centre point of the clusters with an optimal error rate given to its great searching capability for an optimal value. It is renowned as an unsupervised learning process in machine learning, where we categorize the data based on the characteristics of the data points.

Image processing tasks, such as image segmentation, are one of the major use cases of genetic optimization. However, genetic algorithms can also be used in different areas of image analysis to resolve complex optimization problems.

A wireless sensor network refers to one which includes dedicated and especially dispersed centers that maintain the record of the physical conditions of an environment. It further passes the record created to a central storage system.

WSN utilizes genetic machine learning to stimulate the sensors. We can optimize and even customize all the operational stages with the help of the fitness function from genetic algorithms in wireless sensor networks.

TSP or traveling salesman problem is one of the real-life combinatorial optimization problems that were solved using genetic optimization. It helps in finding an optimal way in a given map with the distance between two points and with the routes to be covered by the salesman.

Several iterations take place that generate offspring solutions after every iteration to inherit the qualities of parent solutions. In this way we don’t get the solution only one time that offers you the opportunity to choose the best route structure. It finds application in real-time processes like planning, manufacturing and logistics.

One of the generalisations of the travelling salesman problem discussed above is the vehicle routing problem. Genetic algorithms help in finding the optimal weight of goods to be delivered through the optimal set of delivery routes. Factors such as depot points, wait, distance are taken into consideration while solving such problems if they have any kind of restrictions. Moreover, the genetic algorithm approach is competitive in terms of solution quality and time with simulated annealing algorithms and tabu search.

Genetic algorithms find application in many designing procedures of mechanical components. For instance, consider the following genetic algorithm example where the aircraft wing design is a kind of designing problem that takes multiple disciplines into consideration. It requires improvement in the ratio of left to drag for a complex wing.

The fitness function in genetic optimization is flexible to considerations that come as a demand for a particular design.

The manufacturing arena includes various examples of the cost function. Based on the same, the need to find an optimal set of parameters for such functions poses a problem.

Genetic optimization performs this task of using the optimized set of parameters to minimize the cost function. It also finds application in product manufacturing to achieve optimum production plans by considering dynamic conditions like capacity, inventories, or material quality.

A variety of issues can be solved using genetic optimization in the financial market. It helps in finding an optimal combination of parameters that can affect the trades or market rules. You can also find out the near-optimal value for the optimal set of parameters.

Medical signs have an array of use cases for genetic optimization. The areas of predictive analysis include protein prediction, RNA structure prediction, operon prediction, and others.

Other processes such as protein folding, gene expression profiling analysis, bioinformatics multiple sequence alignment, or some of the process alignment that uses genetic optimisation.

Economics is the study of resource utilization in the production, distribution, and complete consumption of goods and services over a time period. The genetic algorithm creates models of demand and supply that derive asset pricing, game theory, and others.

Robotics comprises the construction, design, and working of the autonomous robot. Genetic algorithms contribute to the robotics field by providing the necessary insight into the decisions made by the robot. It generates optimal routes for the robot so that it can use the least amount of resources to get to the desired position.

Advantages of the genetic algorithm

The genetic algorithms put a plethora of advantages on the table. Get acquainted with them in the next segment.

Genetic algorithm in machine learning is a member of the evolutionary algorithm family that is used in the computation. They are much more intelligent than random search algorithms since they use historical data to provide the best possible solution. This article has illustrated it in brief, including its foundation, working, applications, and advantages.

Dynamic Time warping (DTW) is a method to calculate the optimal matching between two...

Getting Started With Asynchronous JavaScript

A StackOverflow survey reported that over 68.62% of professional developers prefer and...

Comparison of Trello and Jira From a Developer’s Perspective

Big companies are constantly engaged in numerous projects with each managed by a team of...

Mutation, inheritance, selection, and crossover are the techniques used in simple genetic algorithms.

Who’s the inventor of genetic algorithms?

Outline the difference between genetic programming and genetic algorithm?