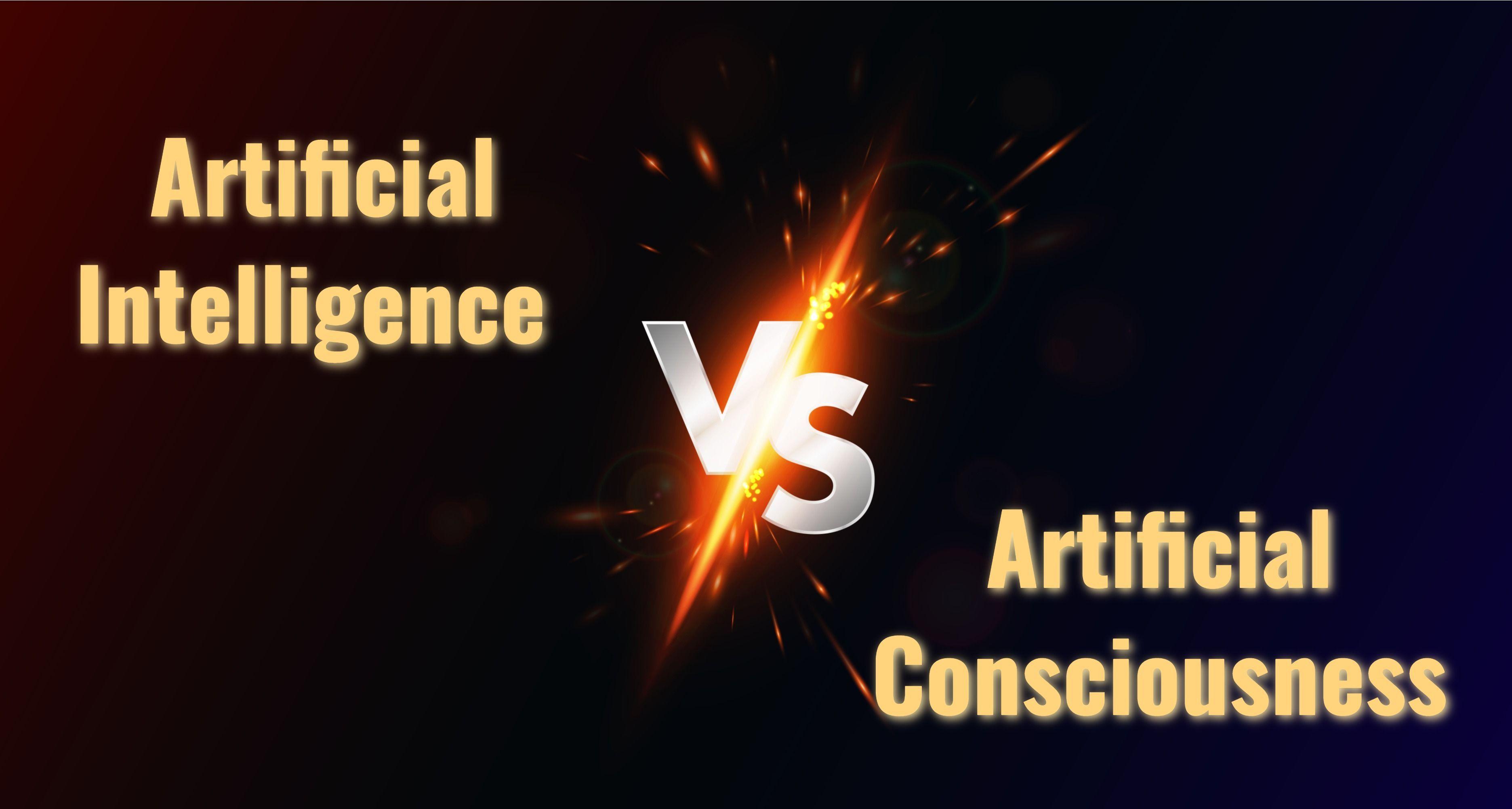 Artificial intelligence (AI) is usually defined as the simulation of human intelligence processes by computer systems. It’s become a very popular term today and thanks to its ubiquitous presence in many industries, new advancements are being made regularly.

AI systems are very much able to replicate aspects of the human mind, but they have a long way to go before they inherit consciousness - something that comes naturally to humans. Yet, while machines lack this sentience, research is underway to embed artificial consciousness (AC) into them.

This article will look at artificial intelligence vs artificial consciousness, the challenges to overcome to develop AC, and how long it will take for machines to have awareness.

AI is mostly mathematics, searching for an optimal answer in a vast multidimensional solution space. Something like a needle in a haystack. It’s all about making predictions using stacked hierarchies of feature detectors up to hundreds of layers, and learning via adjusting gradient descent or weights. 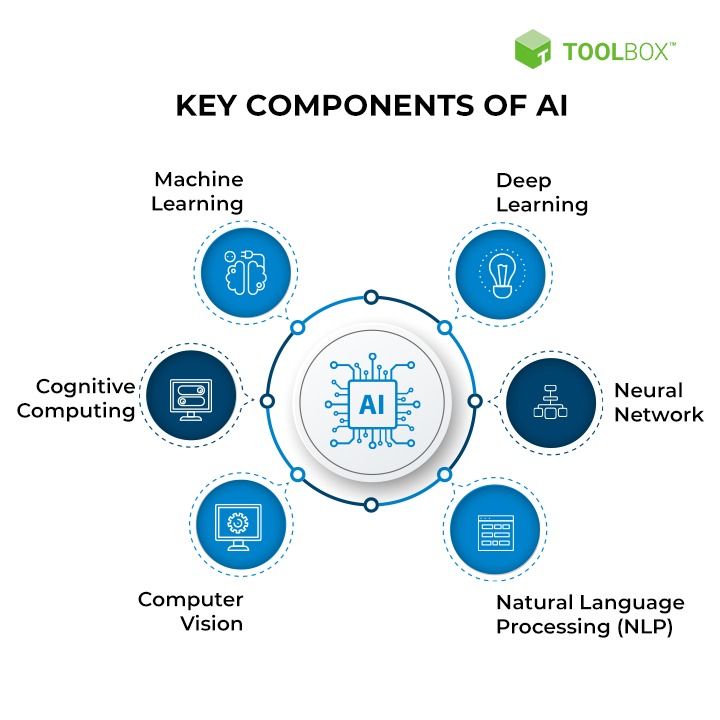 AI is a broad term that has been used to refer to anything from basic automation and machine learning to deep learning. At present, it has found applications in almost every domain including finance, data security, healthcare, gaming, e-commerce, transport, agriculture, and many more.

Despite being omnipresent, however, AI lacks consciousness. And for it to transform into AC, it has to cover a lot of ground.

AI can be categorized into two types: weak or narrow AI and strong AI.

This type is able to perform specific tasks with intelligence. It can only do things for which it is trained and not more. Some examples of narrow AI are:

All these systems are intelligent, but they have limitations as they can only perform in certain predefined conditions. If they go beyond their constraints, they can fail and produce undesirable results.

This is the next stage of AI and is yet to be achieved. Such AI is able to grasp things that it has learned in one area and apply those findings in another unfamiliar situation. This is similar to what human beings and other intelligent organisms can do.

AC or machine consciousness refers to a non-biological, human-created machine that is aware of its own existence and can think like it has a mind.

AC represents the next level of strong AI. It is intelligence with awareness. A machine that can feel and react like humans will not only be amazing to see but will greatly assist systems that involve human dealings or interactions. For example, chatbots. 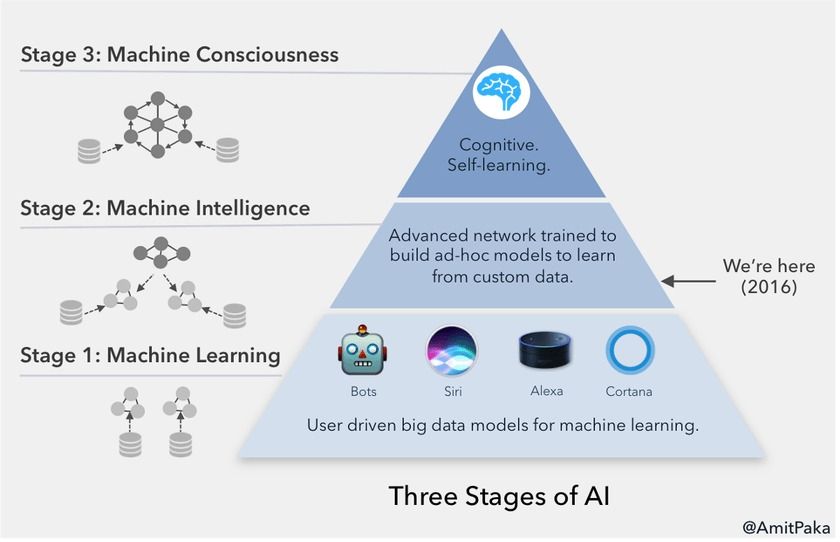 There are various aspects of consciousness that are generally considered necessary for a machine to be artificially conscious. Here are a few:

Awareness is an aspect that is required for a machine to be conscious. The results of experiments of neuro scanning on monkeys suggest that a process - not only a state or an object - activates neurons.

Making such models that have awareness demands a lot of flexibility, modeling of the physical world, modeling of one’s own internal states and processes, and modeling of other conscious entities.

Learning is considered important for artificial consciousness. According to Axel Cleeremans and Luis Jiménez, learning is defined as “a set of phylogenetically advanced adaptation processes that critically depend on an evolved sensitivity to subjective experience so as to enable agents to afford flexible control over their actions in complex, unpredictable environments”.

This aspect is also considered important because it is the ability to predict foreseeable events. Anticipation helps predict the consequences of one’s own actions and those of other entities or objects. Hence, it is crucial that an artificially conscious machine should be able to anticipate events correctly so that it can respond to it when it occurs or take some action.

This test came into existence in 1950. Named after Alan Turing, an English computer scientist, cryptanalyst, mathematician, and theoretical biologist, it is used to determine whether AI is capable of thinking like a human being.

The Turing test comprises three terminals. One is for the computer and the other two for humans. One of the humans is used as a questioner/interrogator, while another human and a computer are used as respondents. The questioner asks a set of questions in a certain domain in a specified format and context. After the test is over, the questioner is asked which of the respondents was human and which was a computer. 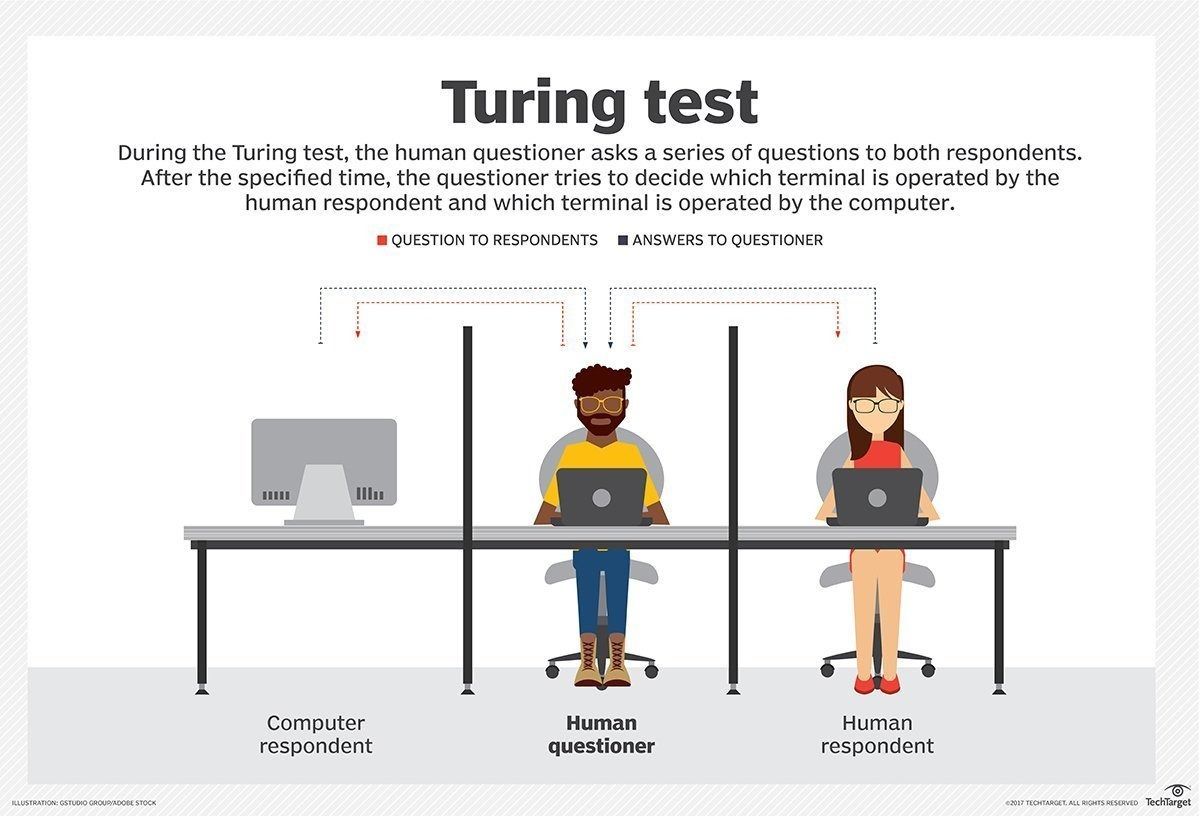 The test is repeated many times. If the questioner answers correctly in most cases, the computer is considered to have AI because the questioner also identified it as a human.

The Turing test is notoriously difficult to pass, so much so that no machine has ever been successful. However, the test has paved the way for more research and innovation.

While the Turing test highlights how far machines are from developing artificial consciousness, we cannot determine with 100 percent certainty that this will always remain impossible. After all, there have been many advancements in AI since the test’s inception.

Is it really possible for machines to have consciousness?

Consciousness is what we feel when we jump into bone-chilling water, take a big sip of hot coffee, hear our favorite song, or chat with someone. As humans, we feel and express things on a daily basis.

This consciousness is what some would like machines to have. Let’s take an example of cars. We think of different types of cars as well as colors, shapes, look and feel, our experiences with our own cars or that of a friend’s. These experiences may be happy or sad, but they are a product of an understanding that arises from our conscious experiences.

The same cannot be said for machines as they even have trouble handling unknown situations. This is because they operate within a certain scope. Machines are trained to perform specific tasks. If they enter a new situation, they can fail.

What if AI actually became conscious?

A few prominent voices in the scientific and tech world opine that AI will lead humanity to catastrophe. In 2014, Stephan Hawking told the BBC: “I think the development of full artificial intelligence could spell the end of the human race.” Tesla CEO, Elon Musk, also said: “AI technology is a fundamental risk to the existence of human civilization.”

On the other hand, futurists and sci-fi writers often imagine a collaboration of sorts between AI and the human brain. As exciting as it can sound, it isn’t without dangers.

Once computers' cognitive activities go live, they may want legal and political rights like humans. They may demand the right not to wipe out their memories, the right no degradation, etc. They could consider their place on this planet to be alongside humanity.

Artificial consciousness also begs the question: if machines were created to serve us, doesn’t the idea of ‘robot rights’ seem counterproductive?

If machines become conscious, they could enslave humans and potentially take over the world. Humanity would then face a challenge that it didn’t think would really come to pass.

However, artificial consciousness is not without its upsides: consider humanoid robots interacting with us like humans do, with all the feelings and senses. Waiting on the phone, for example, would be a lot sweeter. A synthetic voice would say: “We are sorry to make you wait so long.” The machine would feel downcast and this emotion would connect with us on a human level.

While there is a section of people who believe that consciousness will arise out of AI, there are others who believe that human behavior is too complex to replicate. The intrinsic powers of the brain are needed to create consciousness. And these underlying powers cannot be fully taken out from physics or mathematical computations; they must be natural - to some extent, at least.

One of these types of data is time-series data, which is recorded over time. Examples are stocks and sales data...

Several frontend frameworks are available on the internet, and most of them use JavaScript as their source language.